He’s gay. She’s lesbian. But the unlikely pair fell in love and would later get married in a church wedding! Their union went viral, with many people praising them for the outfits that still respected the church despite the change in their gender orientation.

He is gay but during the wedding, Jan Vincent “Nicole” Cutarra wore a black suit while his wife, lesbian Mary Jane “MJ” Degamo walked down the aisle in her white wedding gown. 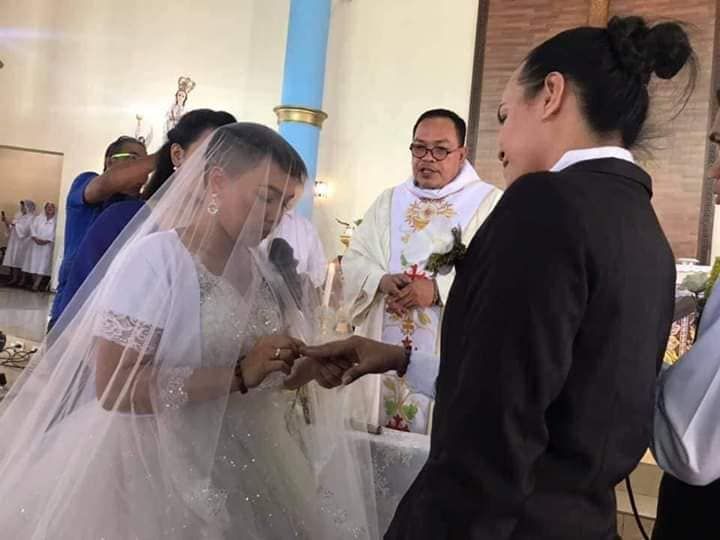 The 26-year-old Nicole met 21-year-old MJ last year, but despite knowing their respective gender orientations, they fell in love. The two would spend many hours chatting and calling each other, deepening their feelings for each other even as they also acknowledged their being gay and lesbian. 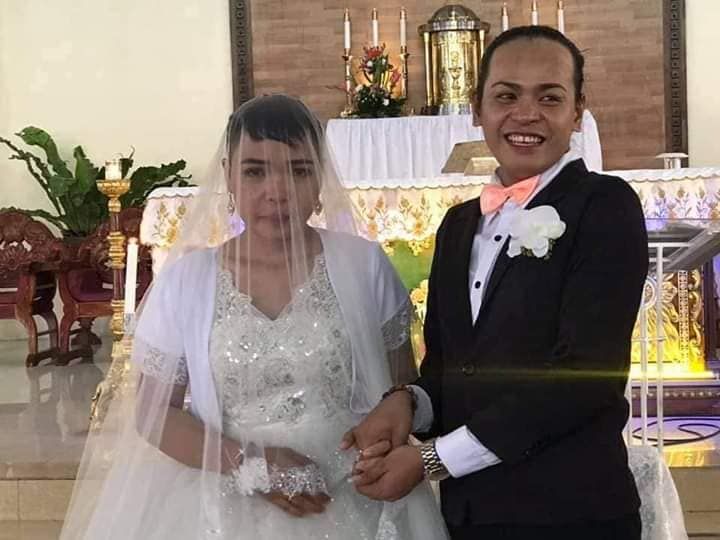 And while one might expect a gay to fall in love with a straight guy and the lesbian to find a straight woman, their unexpected love story flourished. A year later, they decided to get married at the Missionaries of the Sacred Heart Phils. in Lapu-Lapu City, Cebu. This happened on Saturday, March 7, 2020. 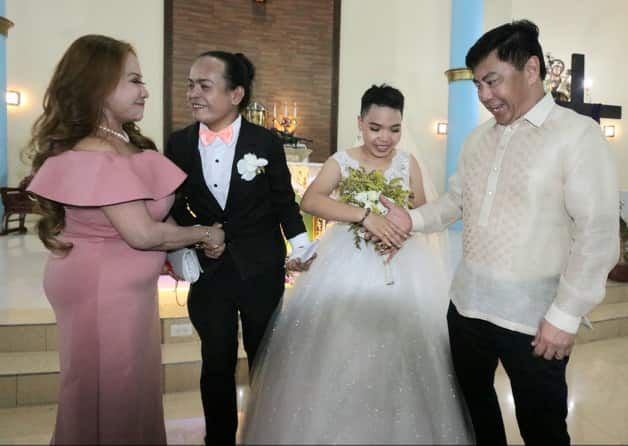 Many netizens praised the two for respecting the church as they wore clothes that fit their gender at birth. Nicole looks dapper in a black suit while MJ looks so girlish in her white gown, even if she’s sporting a ‘boy cut’. 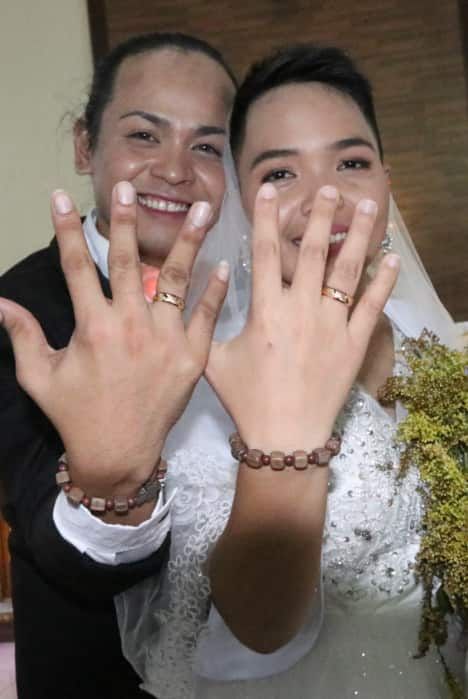 Outfit Change at the Reception

After the church wedding, however, the two arrived at the wedding reception with a change of clothes. This time, Nicole wore a flowing white gown while MJ swapped her dress with a black suit. It was a surprise; yet the guests had, somehow, expected that this would happen, anyway.

What’s so sweet is that these two are so clearly in love with each other. Aside from crying as they exchanged their wedding vows in church, they also cried as they talked to their guests at the reception and told them about their unexpected love story. 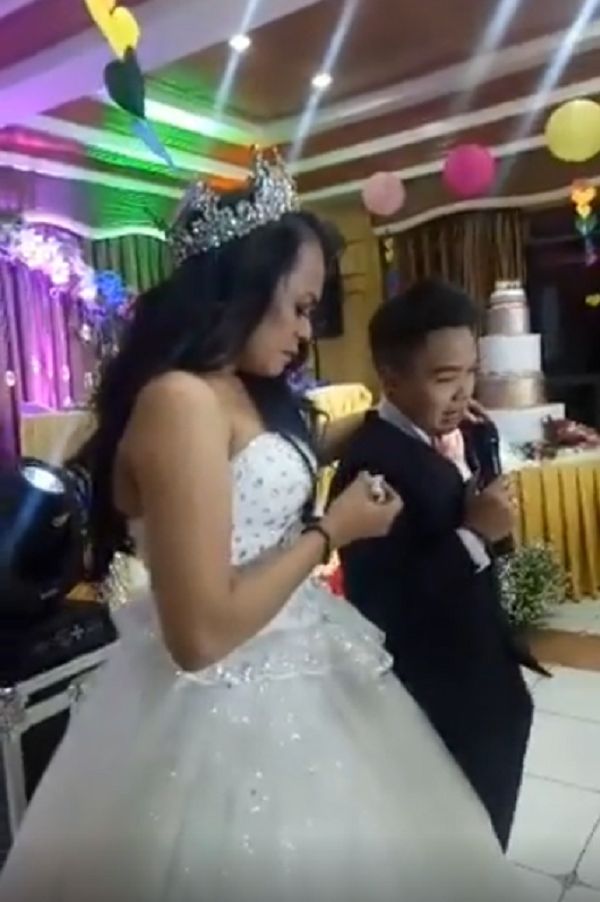 Here’s the video, in Visayan language:

Emotional trending LGBT couple, MJ and Nicole for their message of gratitude ! Over all coordination and planning by Concepts 88 Events by Karsy CabahugHosted by Cebu Event Host – Robert Neil

What is Visayan Language?

Bisaya or the Visayan language is a group of languages used mainly in the Visayas and Mindanao areas of the Philippines. The language is sometimes also called as Cebuano. It is estimated that there are over 16 million people who use this language, based on a survey held in 2005. With the population explosion since 2005, the number has certainly increased.