The adorable video of a ‘legal’ rabbit wedding recently went viral. The ceremony even featured a priest who declared the animal couple as ‘Rabbit Husband’ and ‘Rabbit Wife’. LOL.

What’s the most bizarre wedding you’ve ever attended?

Well, weddings started out as a union of two people, a man and a woman, in the eyes of God, the law, and the people. As centuries went by, marriage has expanded in definition and is no longer limited to just the union of a man and a woman. 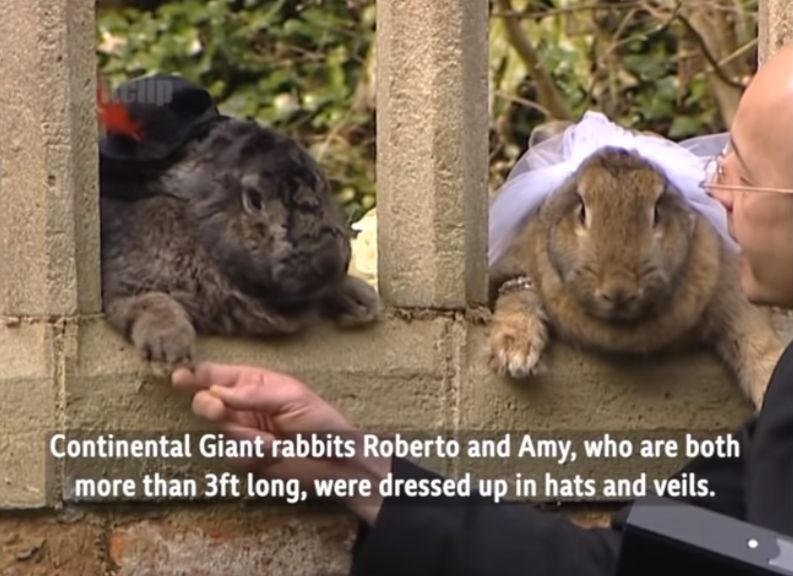 Today, it is possible for people of the same gender orientation to get married. There are also cultures that allow for polygamous marriages while other people claim that they are getting married to bizarre objects or even ghosts!

As things get weirder in the marriage department, there’s another bizarre entry that got some netizens scratching their heads while others are having a good laugh and calling it cute. 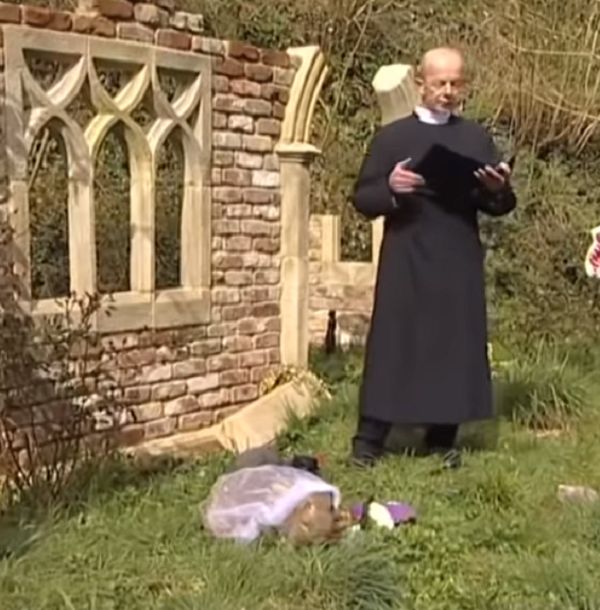 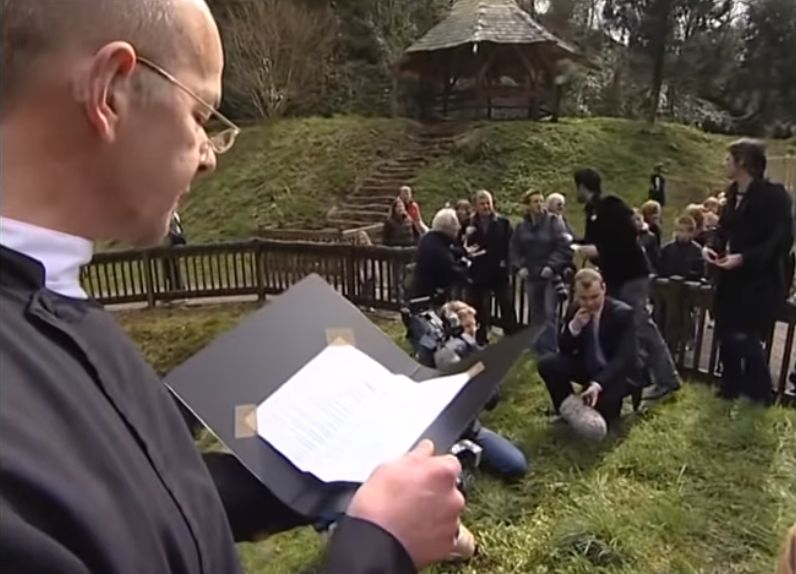 In a video that has gone viral on YouTube and Twitter, a pair of Continental Giant rabbits named Roberto and Amy got decked up in wedding garb for their ‘legal’ union.

Being 3ft and 6in long, Roberto is believed to be the biggest rabbit in the world. He’s 3 years old. 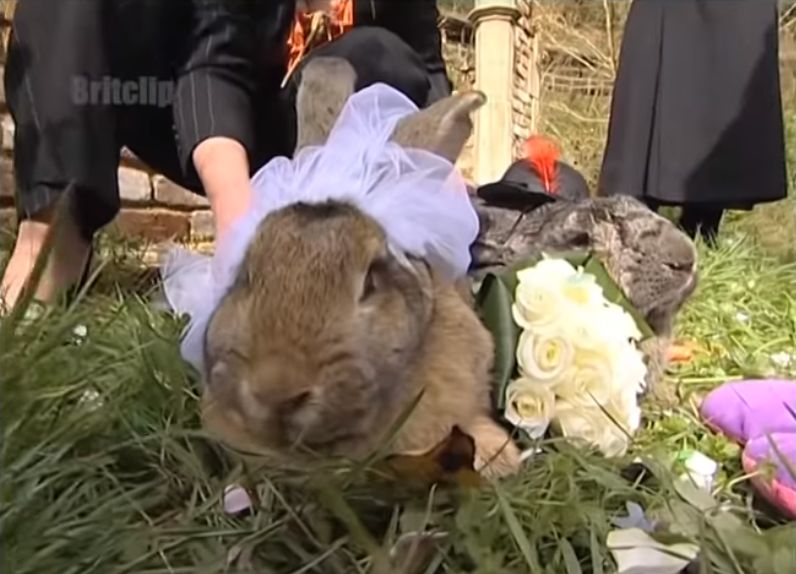 The wedding was solemnized by a priest and witnessed by over a dozen guests who attended the party to enjoy the carrots and the champagne that the couple served for their wedding. LOL

They even had a cake! It’s baked and topped with carrots, of course. 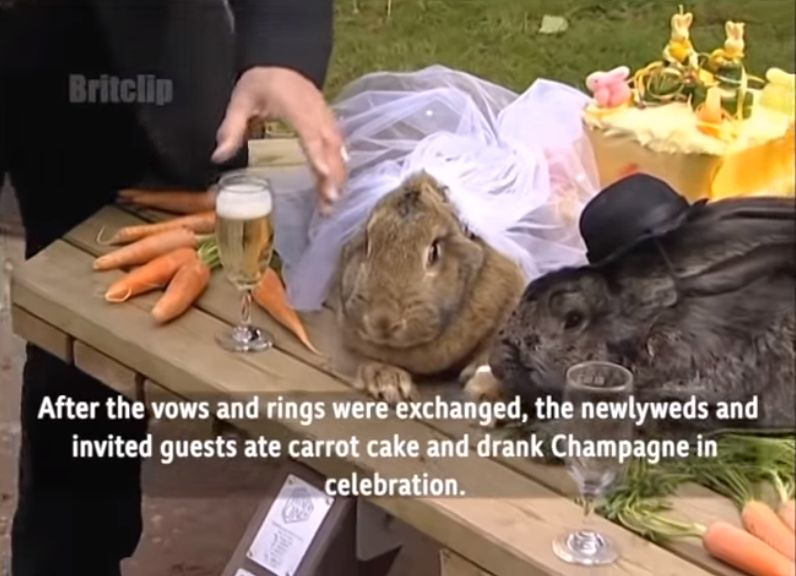 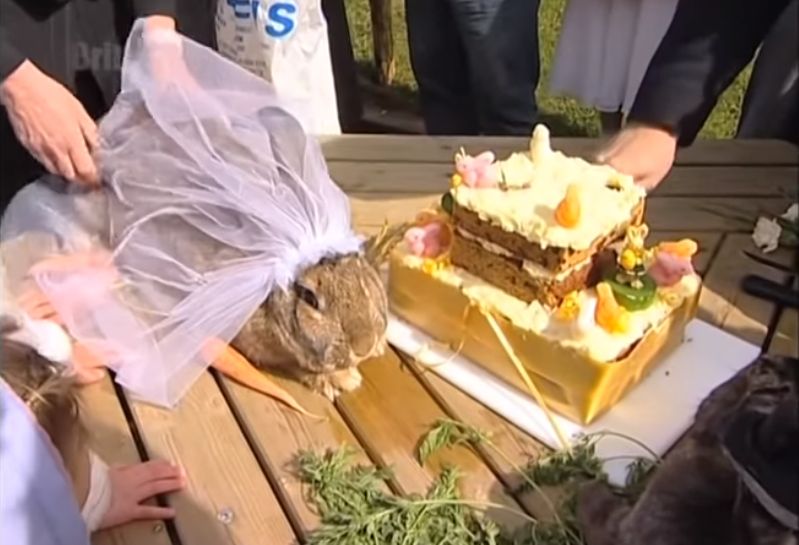 It’s amazing that these supportive humans didn’t just plan out this rabbit wedding, they also spent a good deal of money on the food and drinks for the event. They even hired professional photographers and videographers to cover the event, just like a real wedding. Impressive. Watch the full video here:

In recent years, animal weddings have become a craze, with owners hosting weddings for their pets. Just like this rabbit wedding, the humans spend a good deal of money to host such an event.