A police officer who was recently shot on duty has just begun his journey to forever with the woman he loves, immediately asking her to marry him after getting discharged from the hospital. 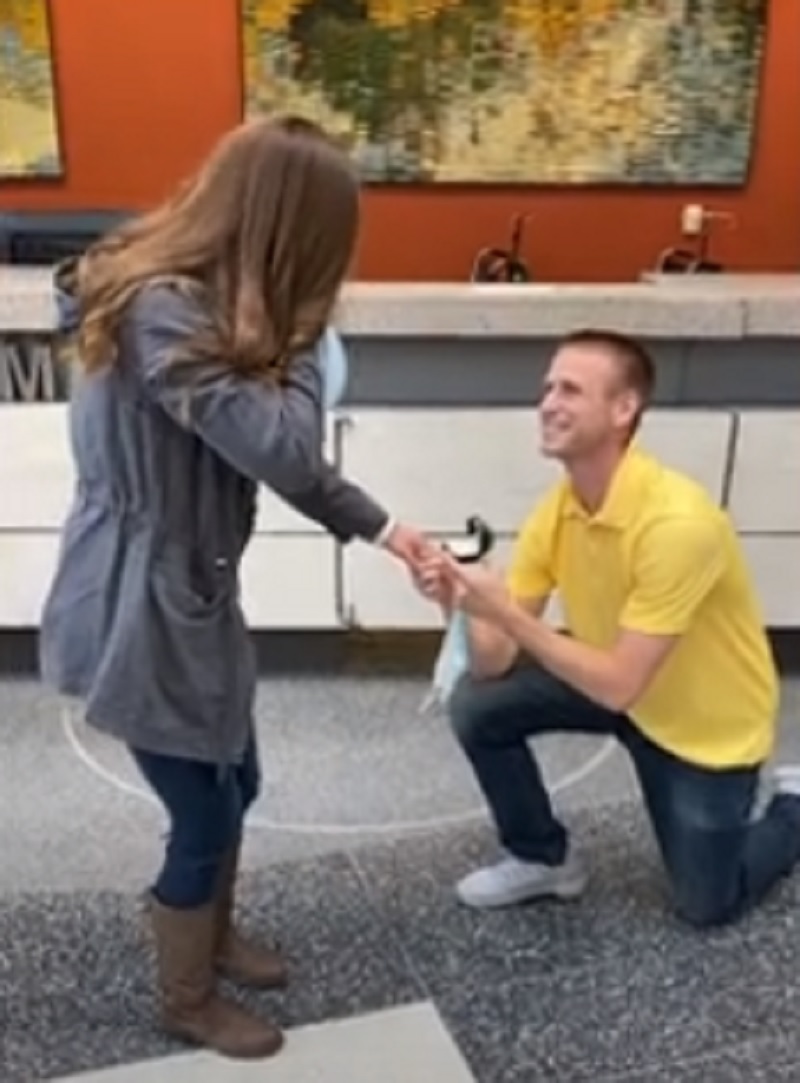 On Facebook, Happily uploaded a video of the beautiful moment when New Jersey State Police detective Richard Hershey asked his girlfriend Nikki Grazioli to marry him. According to InspireMore, while Hershey was recovering in a hospital, he realized that he does not want to waste time anymore so wanted to take their relationship to the next level. He then plotted a surprise for his beloved woman.

“We now know that nightmares sometimes become reality and that time will be on our side for all sorts of healing coming this way. Kiss and hug everyone you know just a little tighter, I sure know I will,” Grazioli expressed.

The report disclosed that Hershey was responding to a home invasion recently when five cars drove up to where he stood outside. He told them to leave, and as one drove away, someone inside opened fire, hitting him in the leg.

He stayed in a hospital since then. That time, she was not able to visit him because of COVID-19 restriction.

But everything was worth it. After not seeing his girl for more than 10 days, he finally met her; bringing the precious engagement ring.

The love of his life turned emotional when he knelt in front of her and asked the latter to spend her whole life with him.

“I got to kiss and hug him for the first time in 11 days and ended up walking out with a fiancé!” she said.

The couple’s once-in-a-lifetime moment was captured by the bride-be-sister, Rachelle Alven.

Watch this beautiful moment where the police officer who was shot on duty proposed after being discharged from the hospital after 11 days:

Indeed, it’s one of the sweetest thing to see amid all the heartbreaking and sad news brought by the COVID-19 pandemic!