A gay couple’s impressive first dance wowed netizens, with the video going viral and gaining more than 3 million views. What makes this video so awesome is that it showcases various dance genres before the couple ends the show with a perfectly done lift that references the ‘Dirty Dancing’ finale. 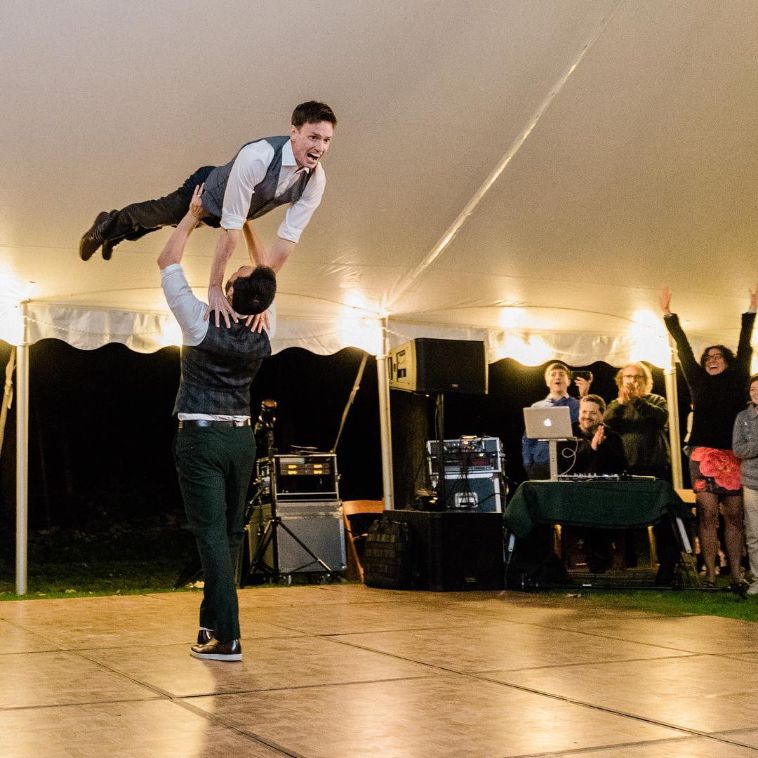 Gay grooms Noah Aberlin, 36, and P.J. Simmons, 51, got married on Oct. 7, 2018, in Coxsackie, New York. Their wedding happened 10 years after a mutual friend helped set them up. The couple surprised their family and friends with an impressive routine for their first dance, with most of the music and moves they picked on their own. 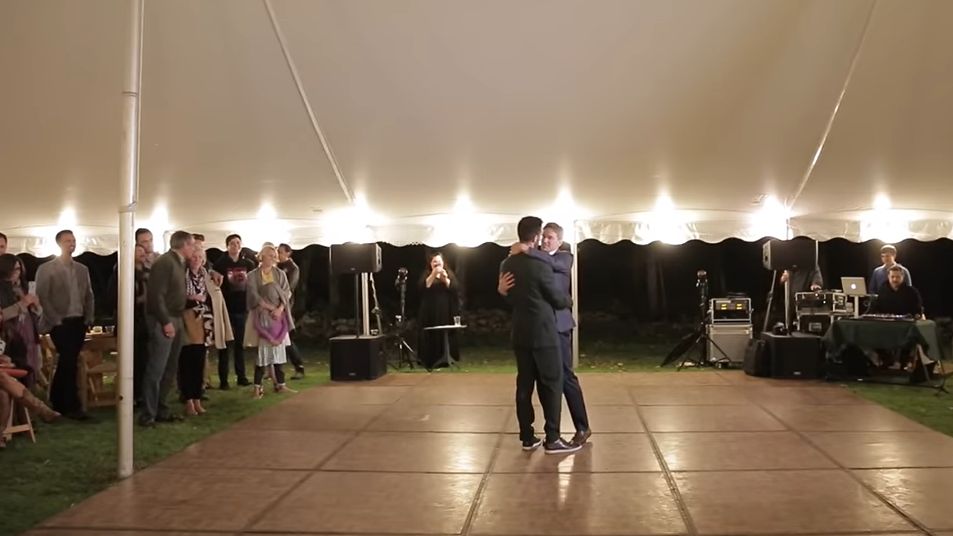 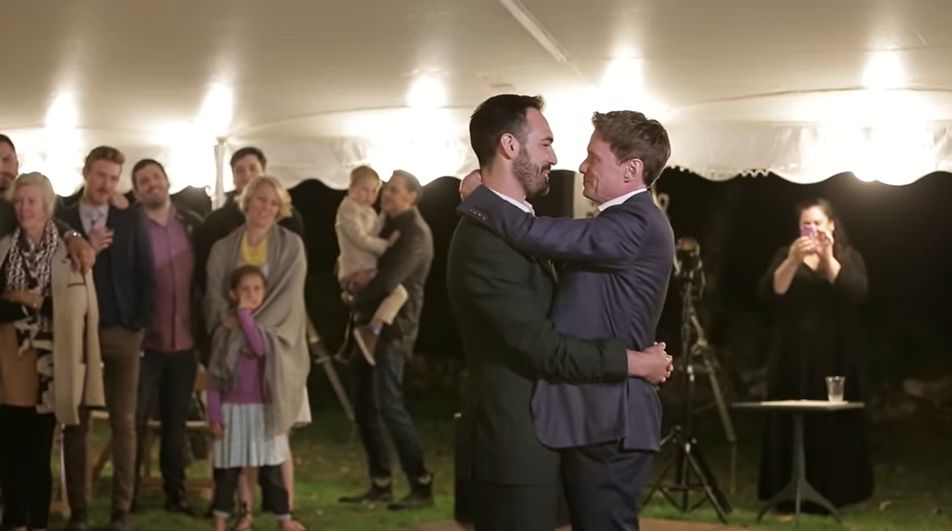 They began slow dancing to Morgana King’s “It’s A Quiet Thing”. The guests probably thought it was the only dance the couple prepared for the night, but as a ‘technical glitch’ occurred a few minutes later, they would soon realize that they were in for a treat. 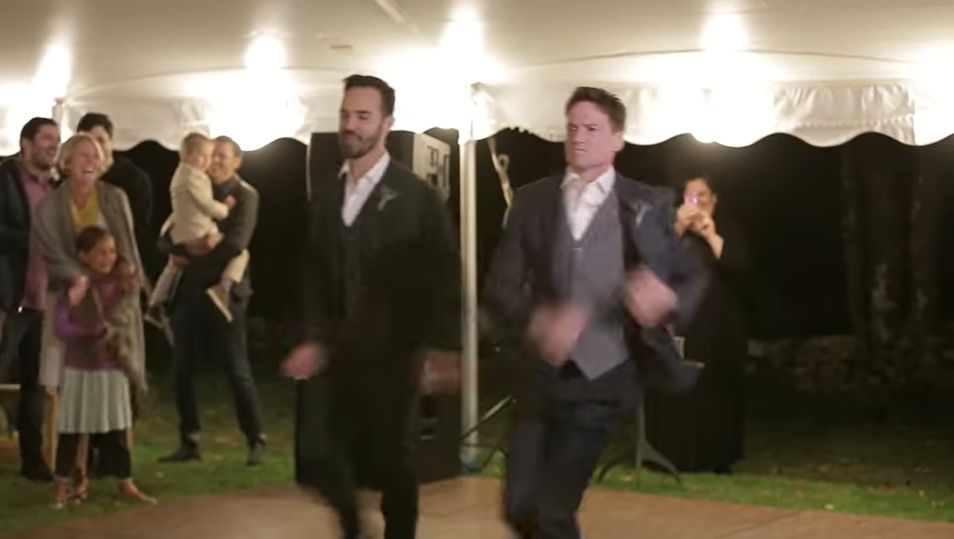 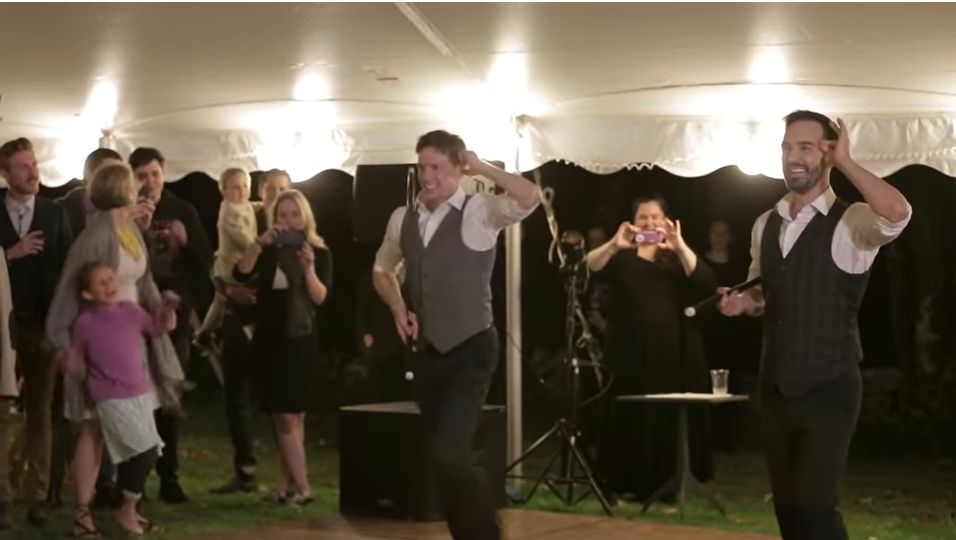 PJ and Noah wowed everyone as they went through various music, dancing to different beats and busting out some incredible choreographed dance moves to songs like “Conga” by Miami Sound Machine, “Get Down Tonight” by KC and the Sunshine Band, and “(I’ve Had) The Time of My Life” by Jennifer Warnes and Bill Medley. They used plenty of ‘90s dance favorites and even had a tap dance number from “Young Frankenstein”. 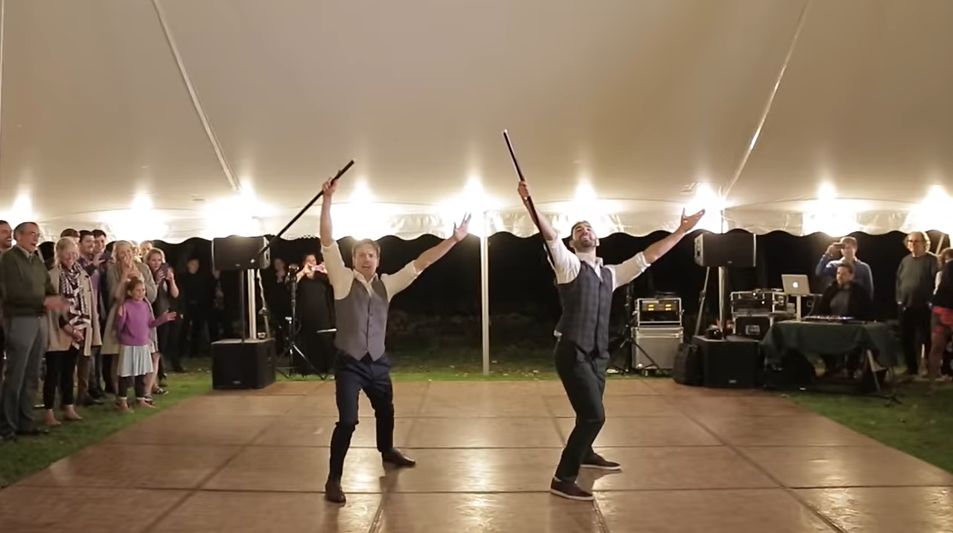 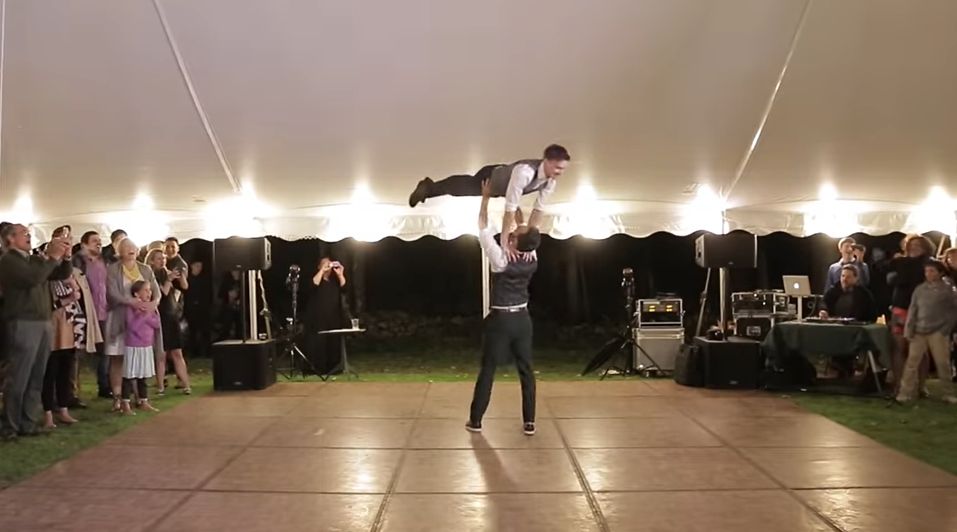 But the “Dirty Dancing” lift truly got the most cheers from the crowd! Check this out:

What is “Dirty Dancing”?

“Dirty Dancing” is one of those classic films that a lot of people still love to watch over and over again. Many also love to copy the dance moves, particularly the majestic lift that the main characters Johnny and Baby would do for the finale. The film was released in 1987. It stars Patrick Swayze as Johnny Castle and Jennifer Grey as Frances “Baby” Houseman.