Family is everything in a wedding – for most families, anyway. That’s why one bride stood for a long time in the middle of the aisle to wait for her dad, despite everyone else urging her to walk because the church is known for strictly imposing the schedule. The church erupted in cheers when dad final arrived after apparently having parking problems with his vehicle. Whew. 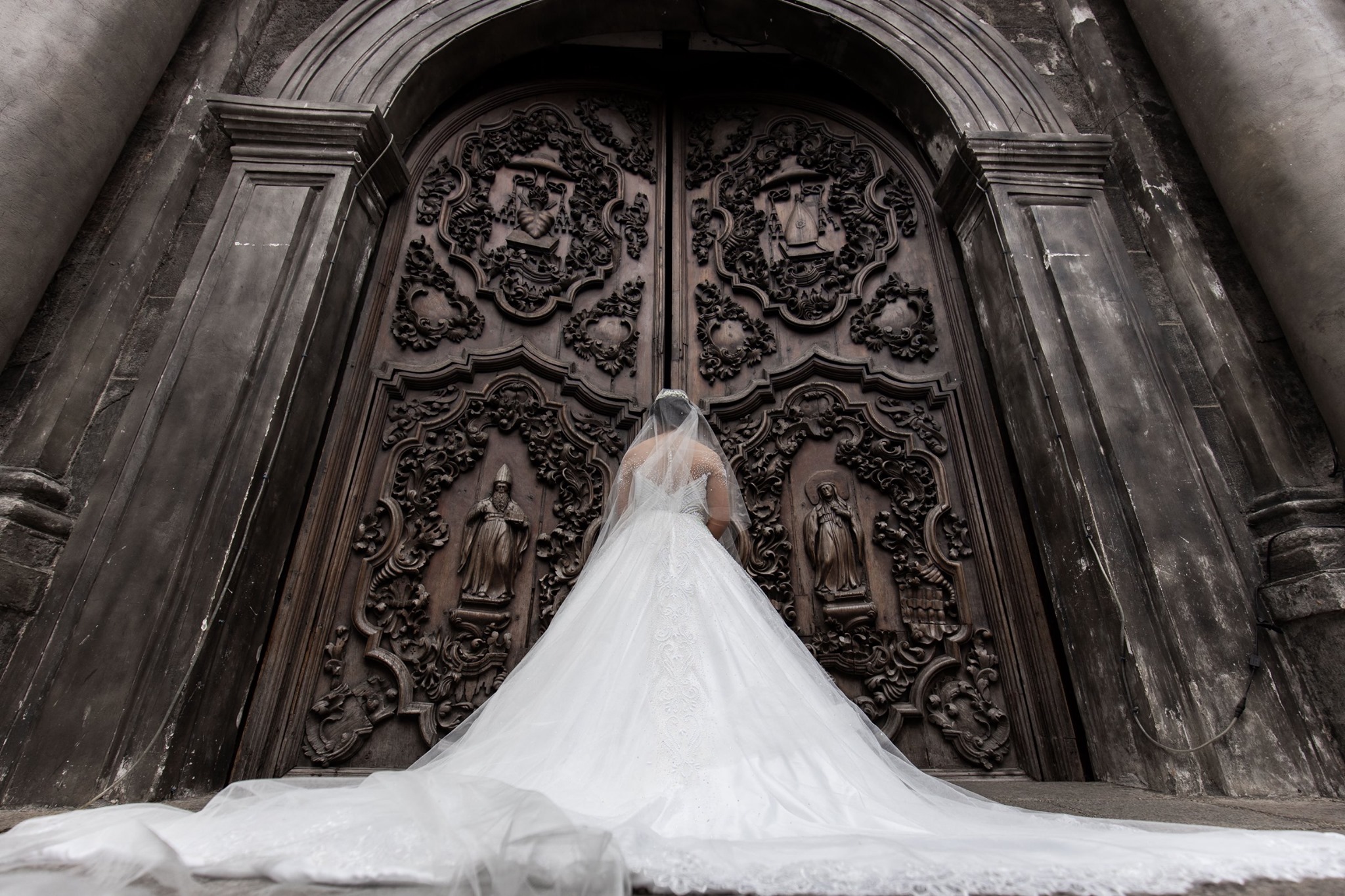 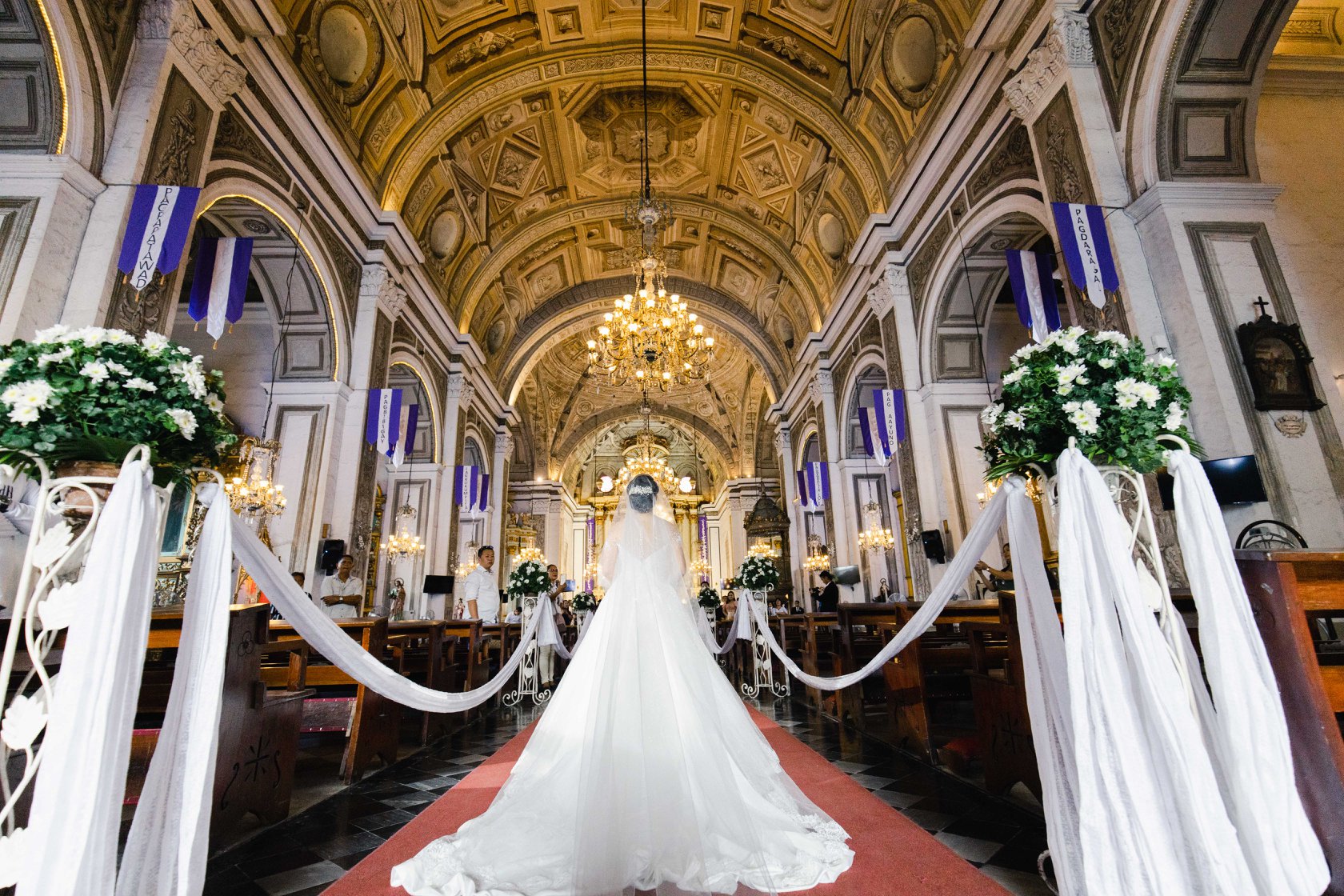 It started out as a ‘normal’ bride-walking-down-the-aisle-moment, Pasilan shared. The bride, identified only as ‘Tin’, started walking down the aisle and everyone else began taking pictures, smiling as they watched her. But to everyone’s surprise, the bride suddenly stopped and refused to take another step. 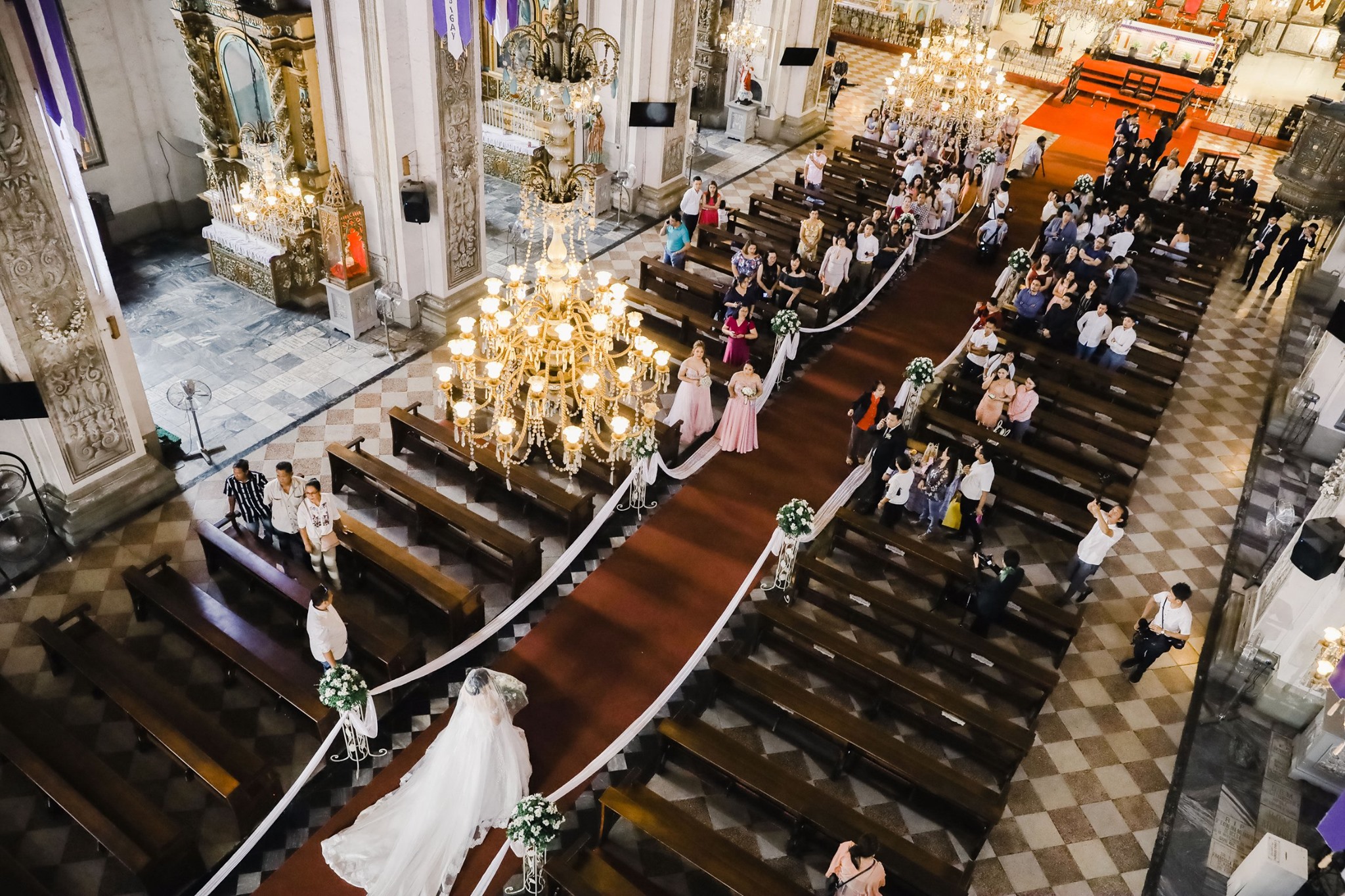 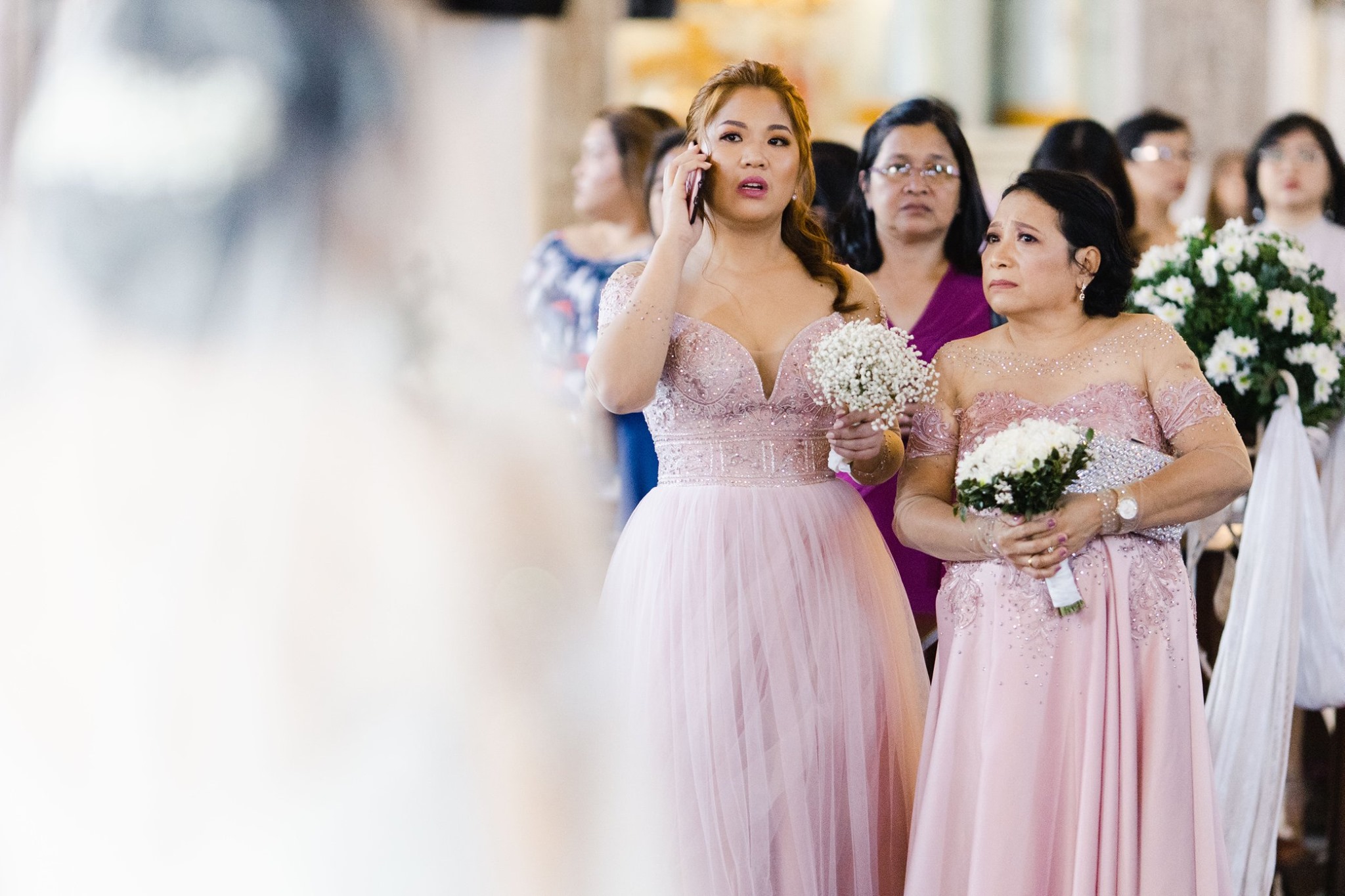 But he was doing the top shot that day and was too far away to know what was going on below. He noticed, though, that the bride’s father wasn’t there. Soon, it was apparent that she was waiting for her dad.

“We saw some church people and some of the coordinators making a sign for her to go on walking, but the bride [stood] still. Firmly. “Hihintayin ko si Papa.” Knowing San Agustin, very strict sila sa oras,” Pasilan wrote. 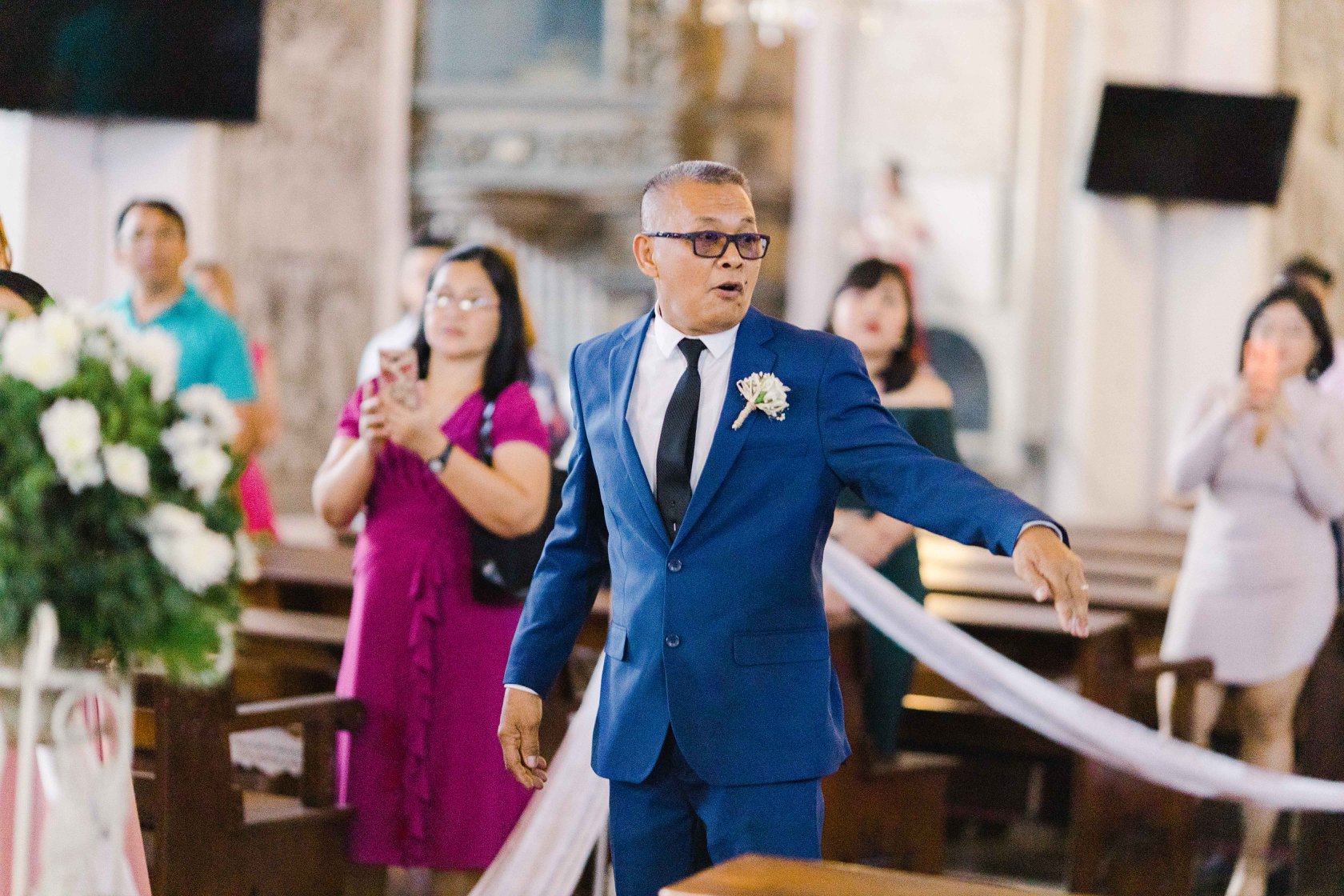 Over 15 minutes before the bride’s dad finally arrived, running and breathing hard. The church erupted in cheers as he joined the bride. Everyone had tears in their eyes as they watched them finally take the walk to the altar. 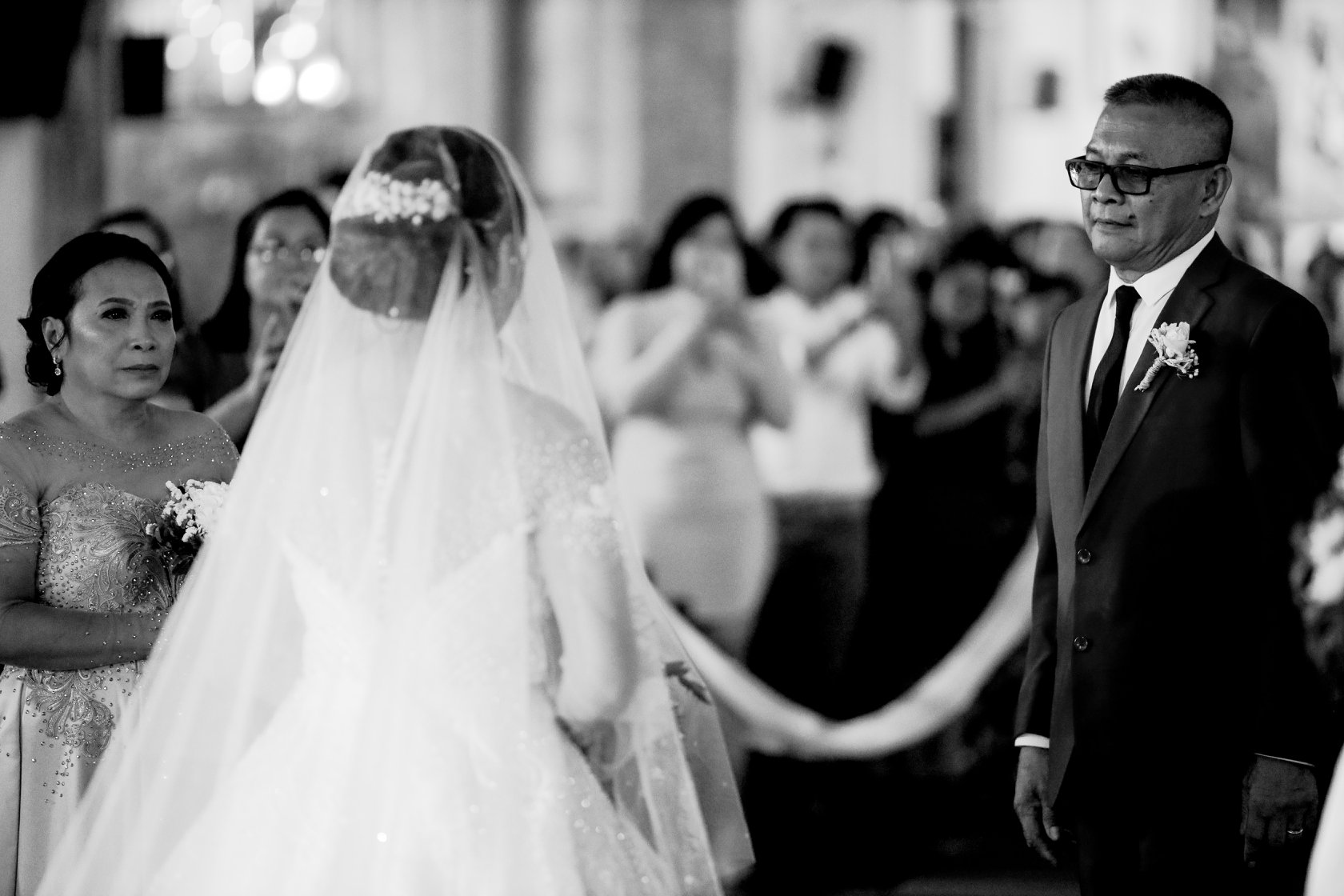 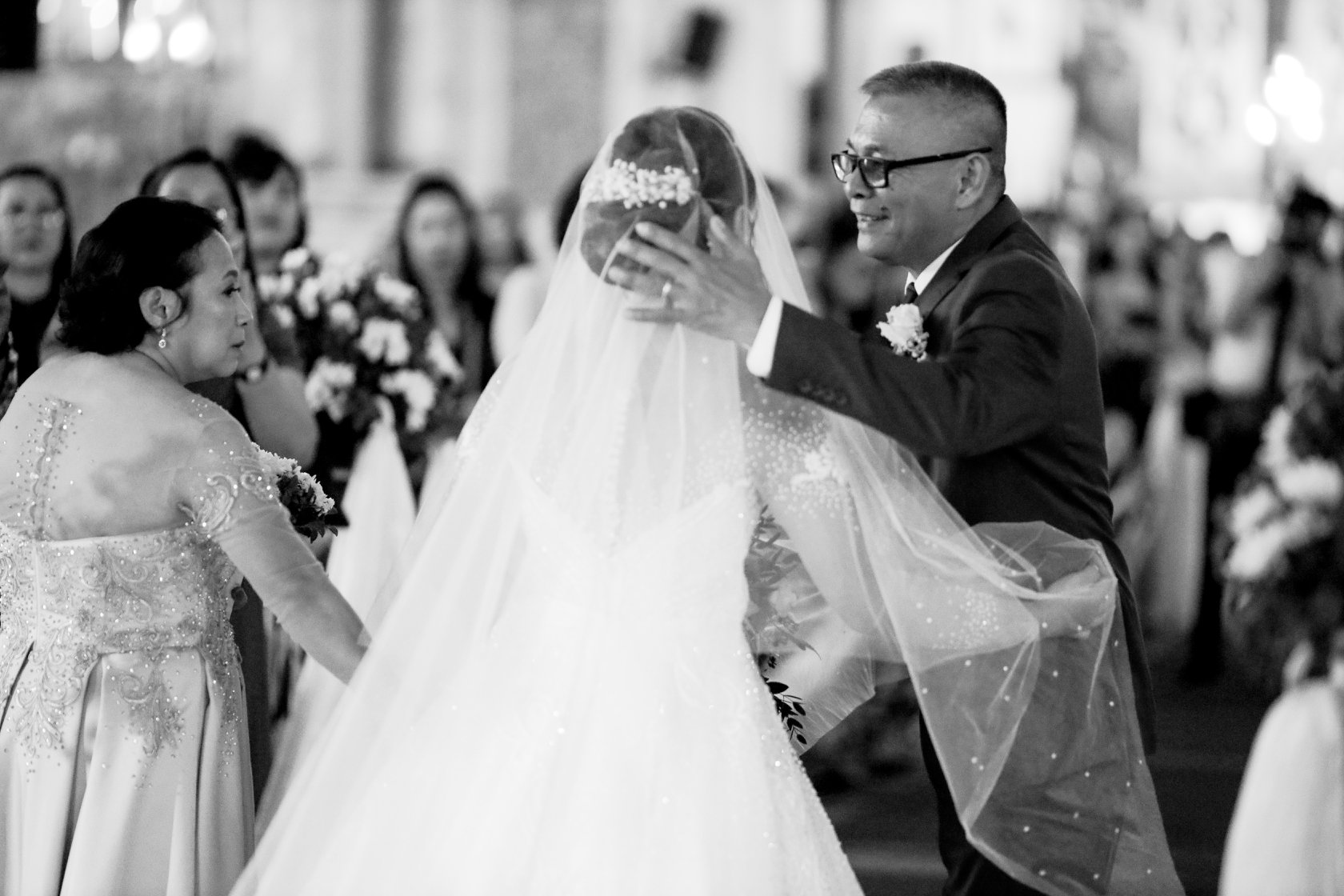 “…and the crowd was clapping and cheering, and everyone was so happy, and I cried. We’ve been shooting weddings for almost 10 years and now, it sinks in really hard… it all goes down to that one special thing, FAMILY… Who will forever stand by your side, together… walang iwanan, kahit ano pa yan,” Pasilan wrote.

It turned out that the bride’s dad wasn’t allowed to park at San Agustin Church for some reason. Since he was unable to find a parking spot nearby, he went back to the Manila Hotel. He couldn’t find a taxi and was forced to ride a passing motorcycle. 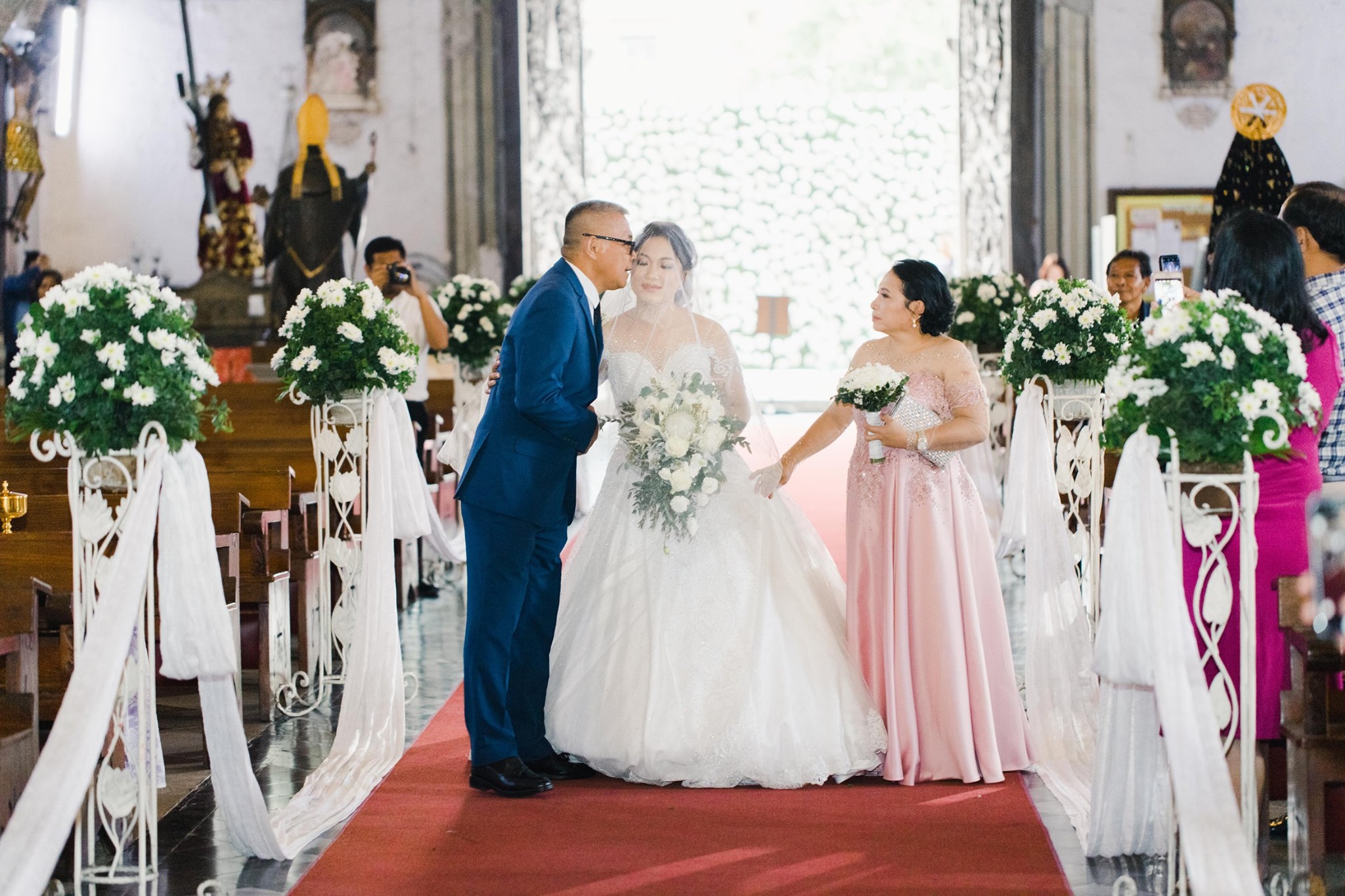 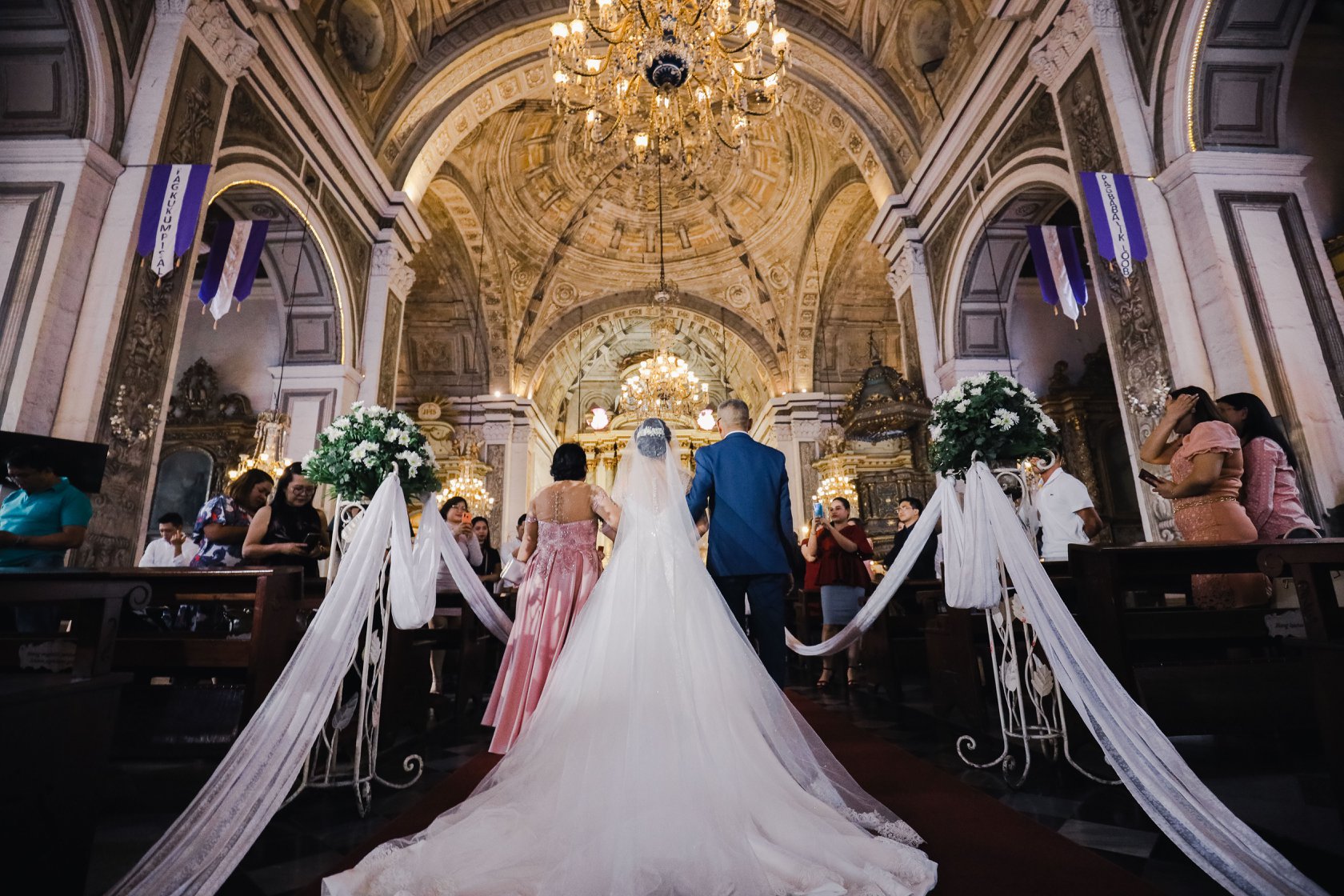 At first, the rider got angry. But the guy took pity on him when he said, “Pasensya ka na! ikakasal ang anak ko kailangan ko umabot.” 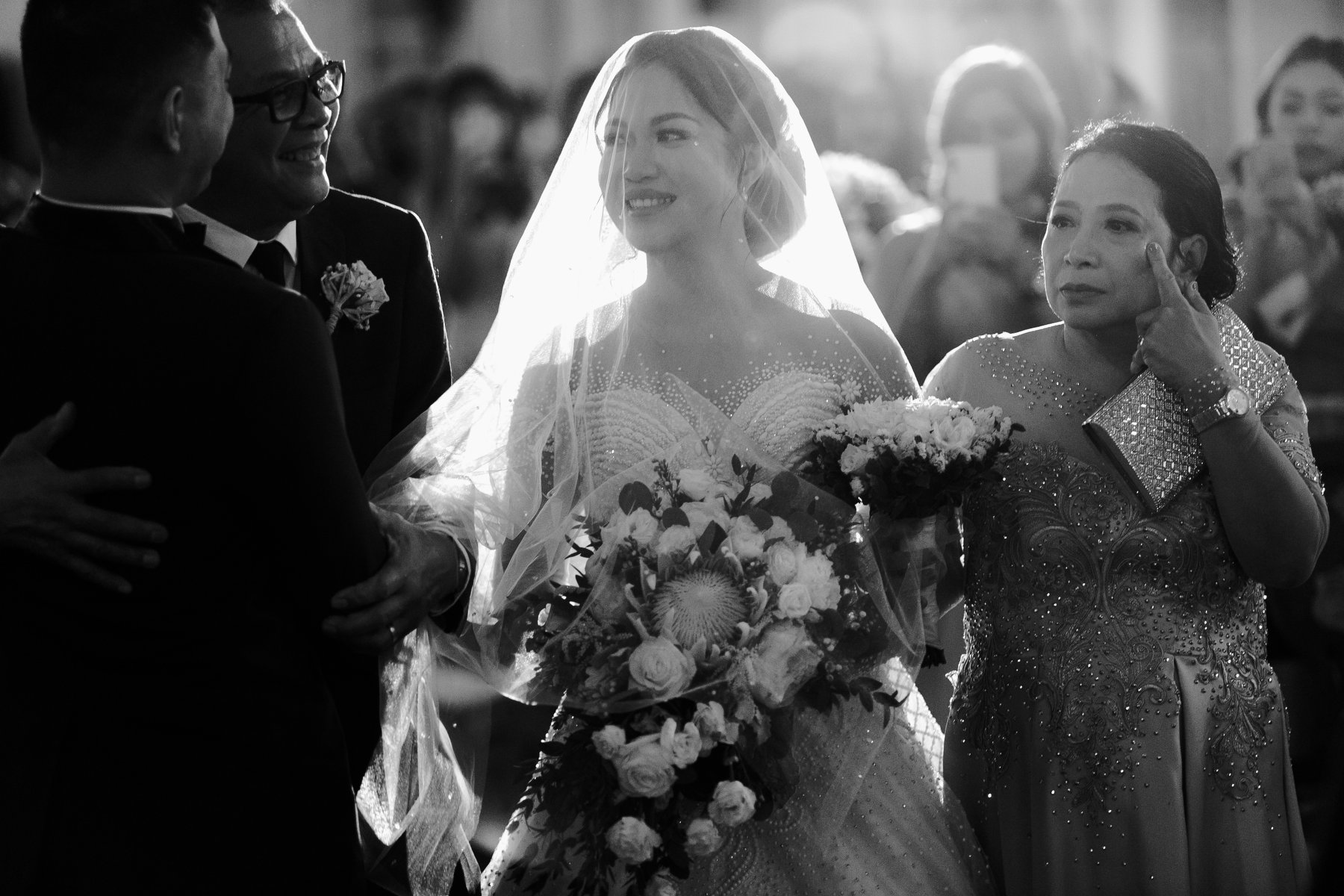 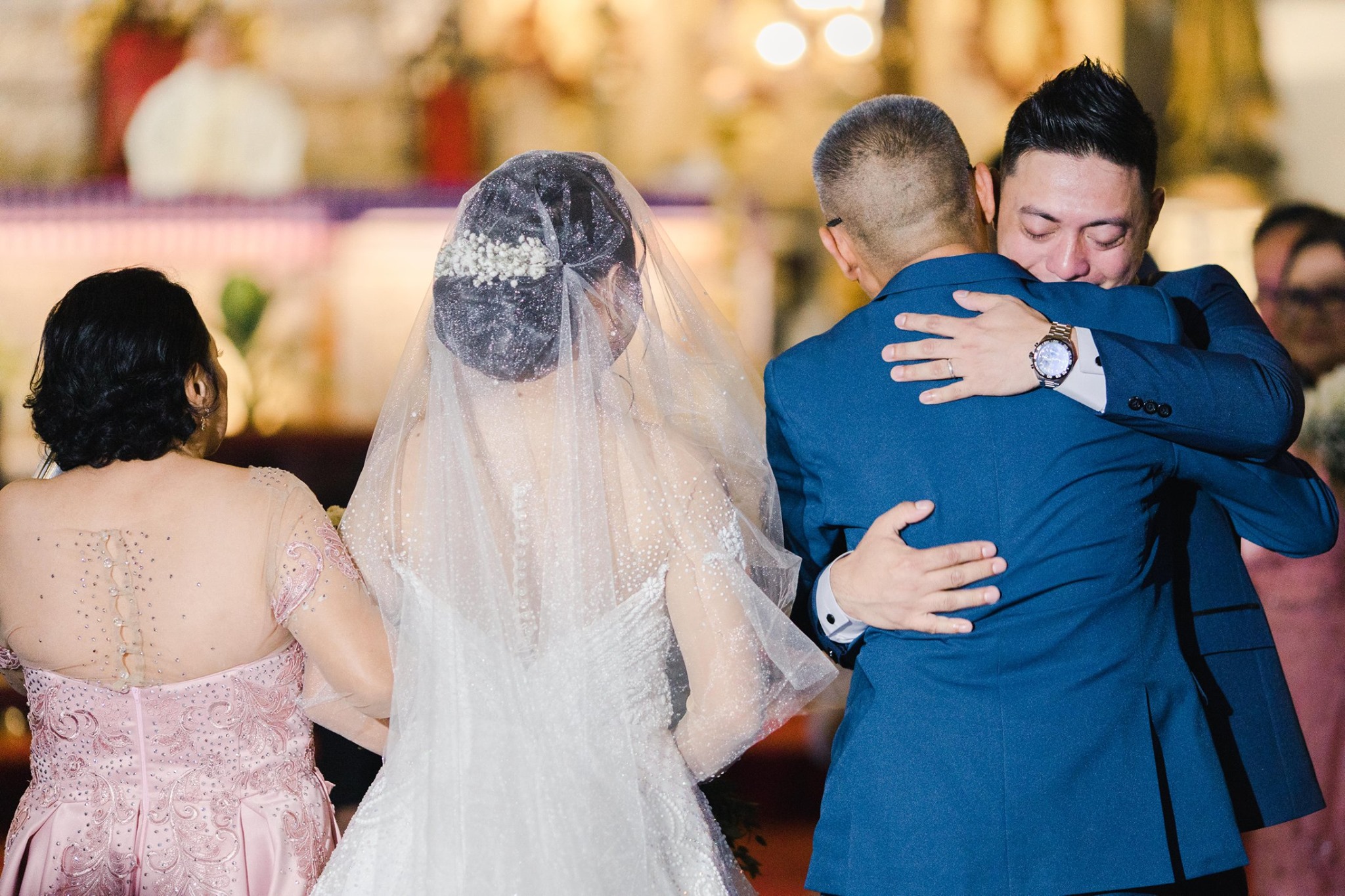 Known as the oldest stone church in the country, the San Agustin Church in Manila was completed in 1607. It was named a National Historical Landmark by the Philippine government in 1976 as one of the four Baroque Churches of the Philippines constructed during the Spanish colonial period to be designated as a World Heritage Site by UNESCO.