What’s a groom got to do when your bride is a major K-pop fan? Do a K-pop wedding dance, of course! 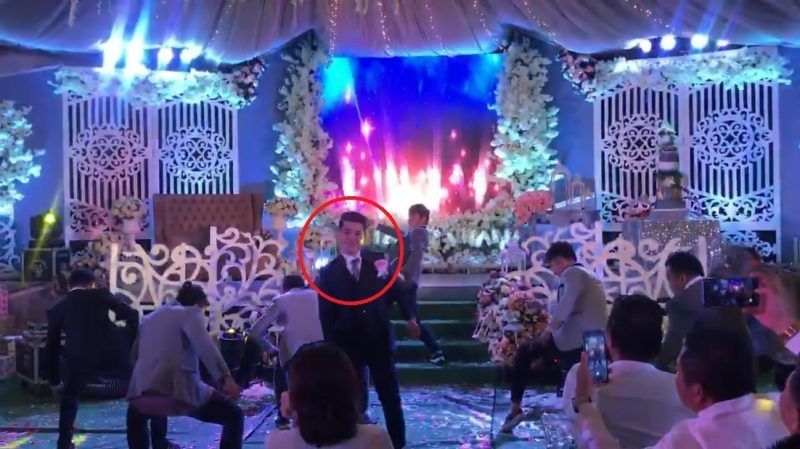 That’s exactly what a groom in the Philippines did, practicing with his friends in secret so he can surprise his beautiful bride with the best wedding dance she can dream of on their big day. His efforts did not just win him the heart of his bride all over again, he would also be praised online – and the video would gain over 2.3 million views in over a month! Wow. 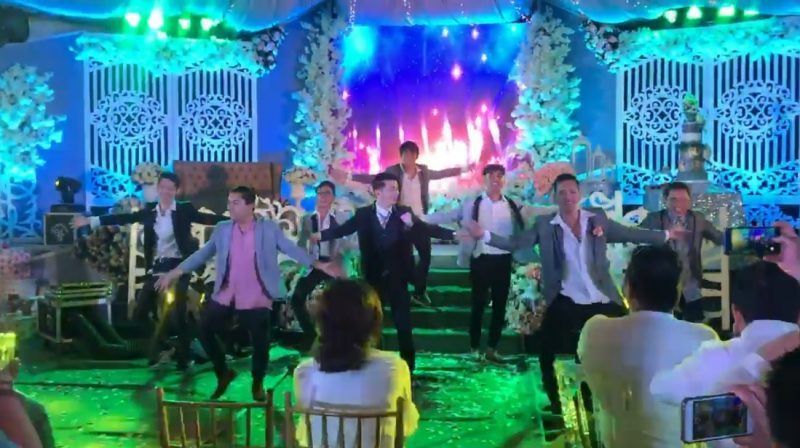 Netizens love the wedding dance by groom Syril Espina who gamely kicks off the routine with BTS’s “Fire” with his “crew” members. It was later revealed that the groom is one of the senior members of the group who call themselves the Power Se7en Dancers. The video was posted on the group’s Facebook page, Power Seven. 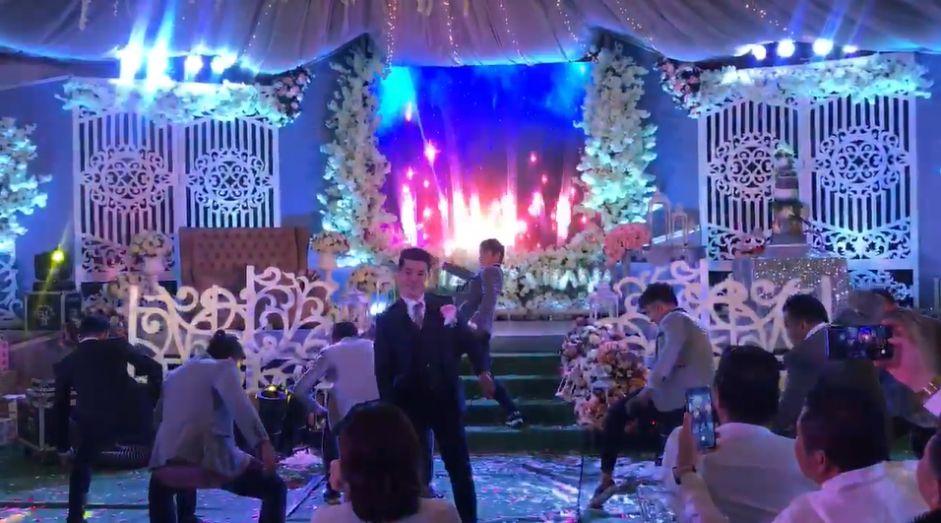 The performance did not stop with “Fire” but also included other BTS hits, such as “Save Me,” “Mic Drop”, and “Idol.” 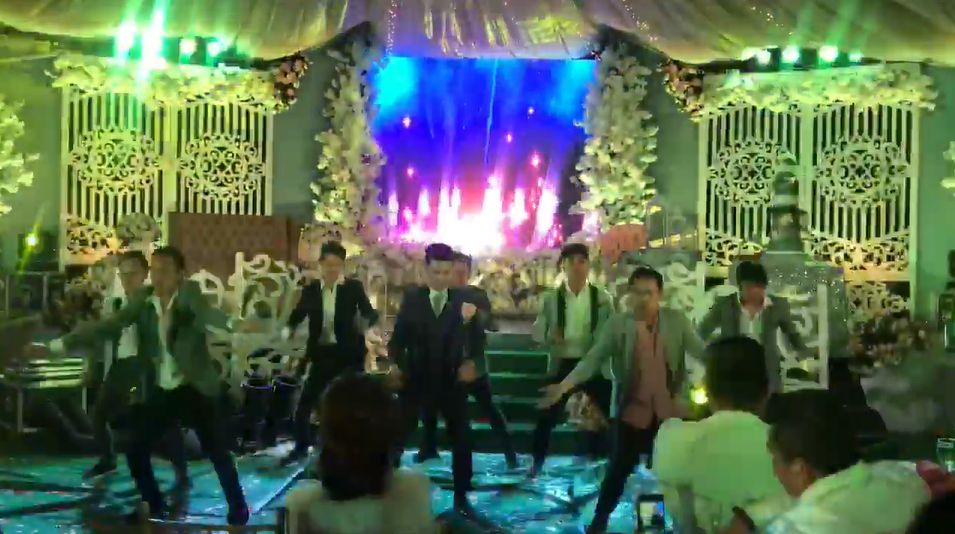 And because this is a wedding, obviously, the groom had his solo moment as he danced to Taeyang’s “Wedding Dress”. While her back is against the camera, it was obvious that bride Dannesa Mallorca was absolutely enjoying her groom’s performance. 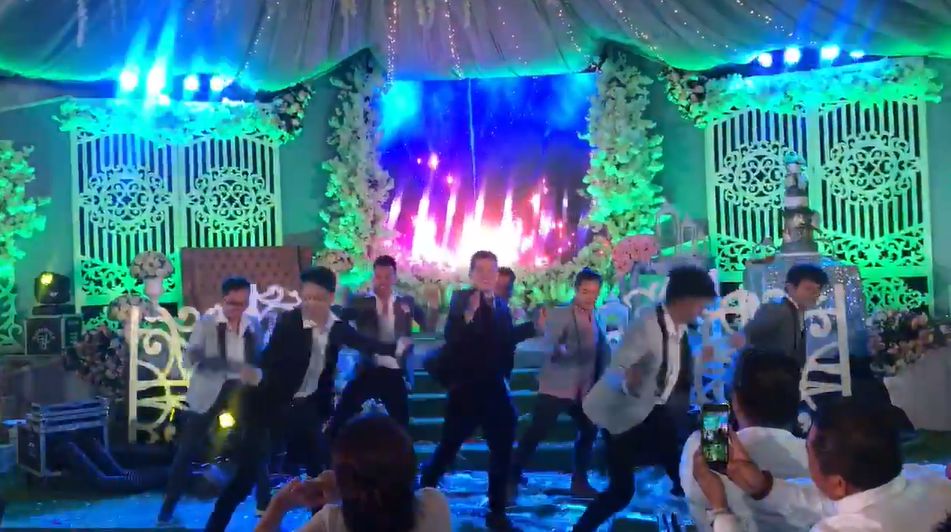 And though it is not a K-pop song, the groom and his group also included Filipino singer Sarah Geronimo’s “Tala” in their routine. Yep, it’s not K-pop but the viral dance challenge is so popular these days that it really has to be included in this one, eh? 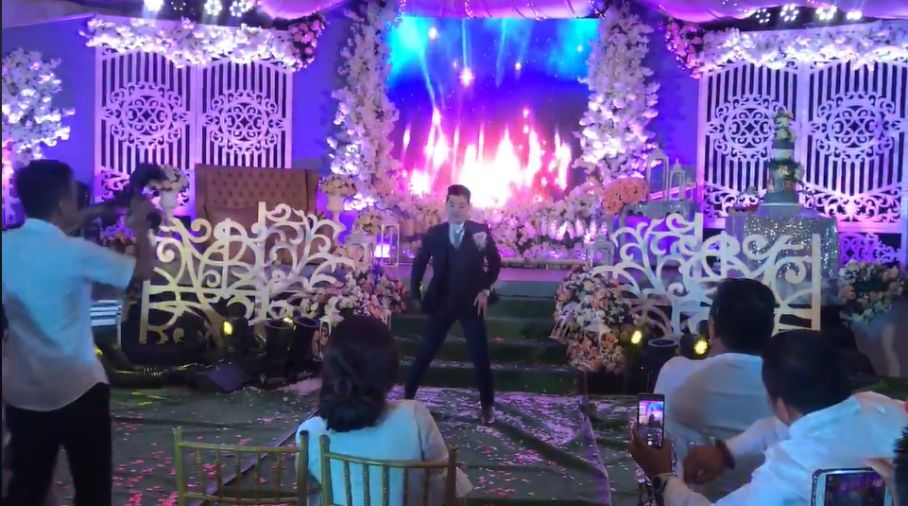 The fun-loving bride happily joins in the dance as the group goes for the finale. 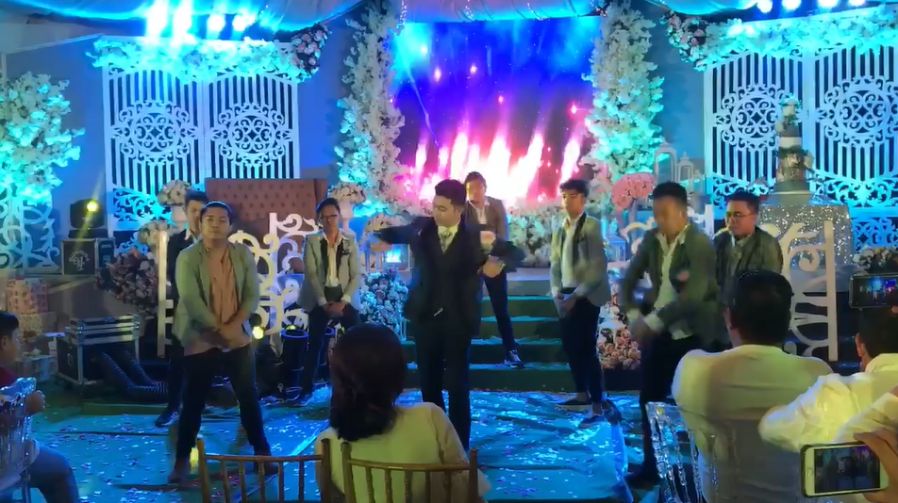 Some fans pointed out that the choreography is somewhat different from the original, but the dancers explained that they couldn’t copy everything because they didn’t have a lot of time to practice. But the end result was still awesome! 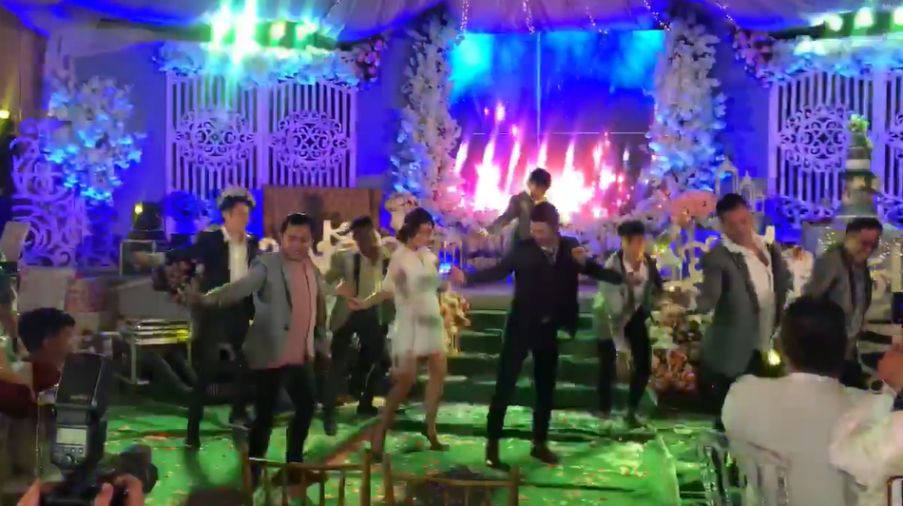 Check them out here:

When the bride is a KPOP fan, and the groom has a group of dancers as friends. Note: The choreography was not exactly copied from the original and was altered due to lack of practice time. These guys right here had to spare time apart from their day jobs and gigs just to surprise the lovely bride. Hoping KPOP fans out there will enjoy this! This is every KPOP fanatic bride is dreaming of. 💃#SyrilxDannesa #WhenButuanMeetsTagum#PowerSe7en #BTS #BTSARMY #Taeyang#TalaNation #PWRS7NPerformed by Power Se7en Dancers SeniorsDannesa Rose Ayam Mallorca (Bride)Syril Josh Espina (Groom)Sean Justin Espina Xyryll Jon Arcur Jay Amamio Ahmad Nigel Jon Cinco Shun Cruz Kirk Santillan RM Enrico Disclaimer: We do not own the music. No copyright infringement intendedTrack1 – Fire by BTSTrack2 – Save me by BTSTrack 3 – Mic Drop by BTS Track 4 – Idol by BTSTrack 5 – Wedding Dress by TAEYANGTrack 6 – Tala by Sarah Geronimo

K-pop is short for “Korean pop”. It describes a type of pop music that originated from South Korea.