Wearing identical blue outfits and smiling from ear to ear as they walked down the aisle together, a couple would go viral for filling in for the younger couple getting married. 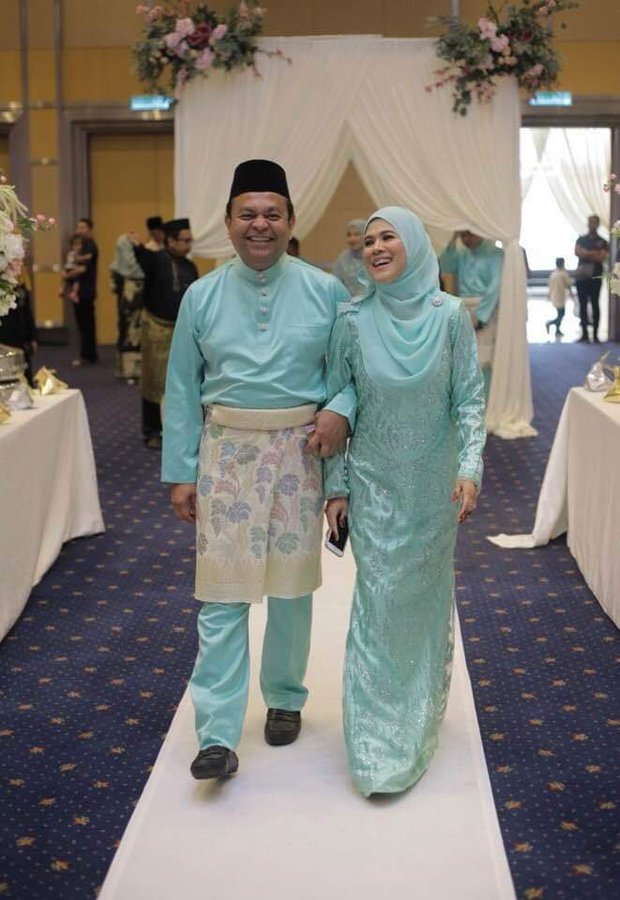 It was later revealed that they weren’t the ones actually getting married but just filling in for their daughter, the real bride, and her groom who had to undergo surgery the night before the wedding.

The heartwarming story was posted by Twitter user Mira. 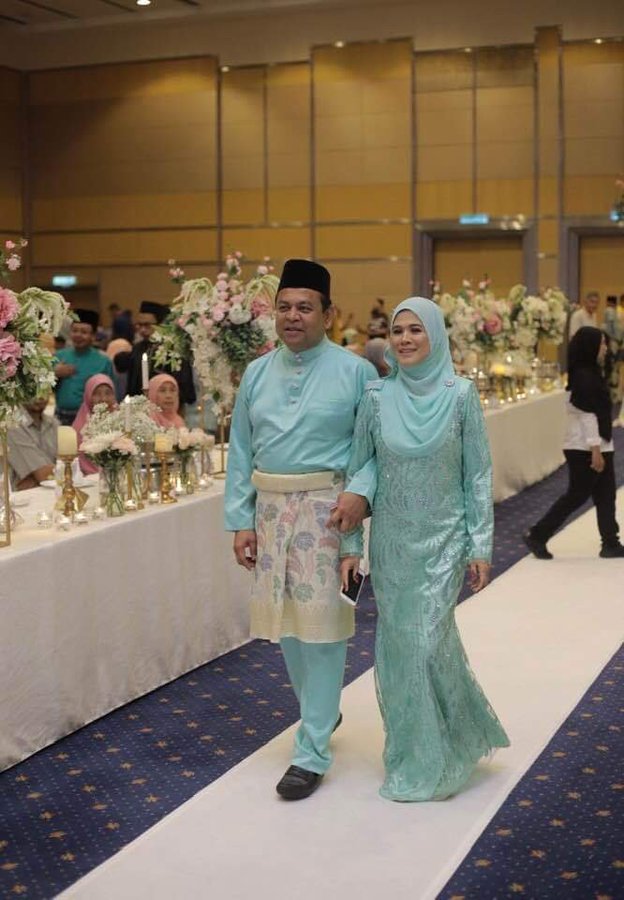 While practicing for the wedding the night before, the groom suddenly felt unwell and had to be brought to a clinic due to stomachache. 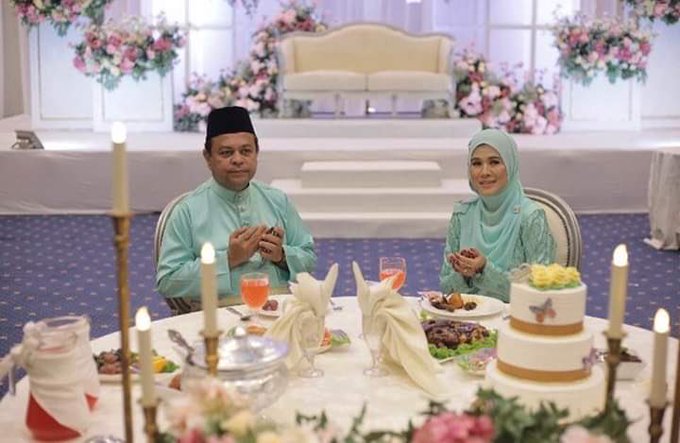 “Thank God we were safe on the evening of 31st August. My husband complained of an uncomfortable stomach during our wedding rehearsal that night. Earlier, we went to the clinic and the doctor suspected that he had appendicitis,” said the bride, Fatheen Afiqah bt Jeffrey. 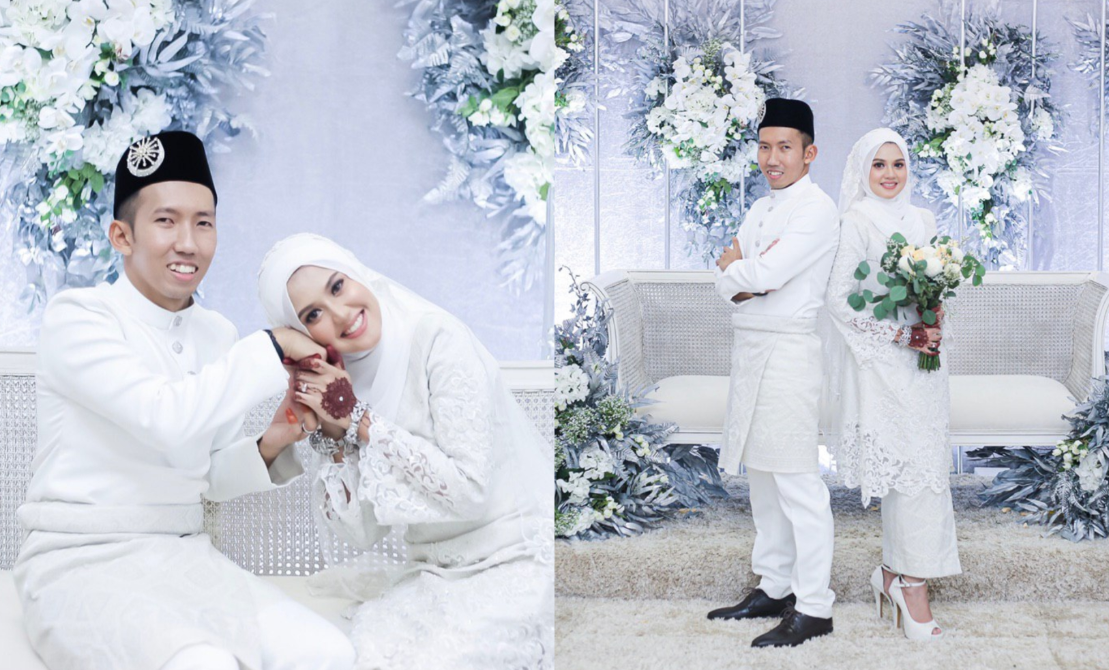 But further tests showed that the groom, Amirudin bin Abdul Kassim had kidney stones which should be removed immediately. There was no way to reschedule the surgery – and the it was too late to reschedule the wedding! 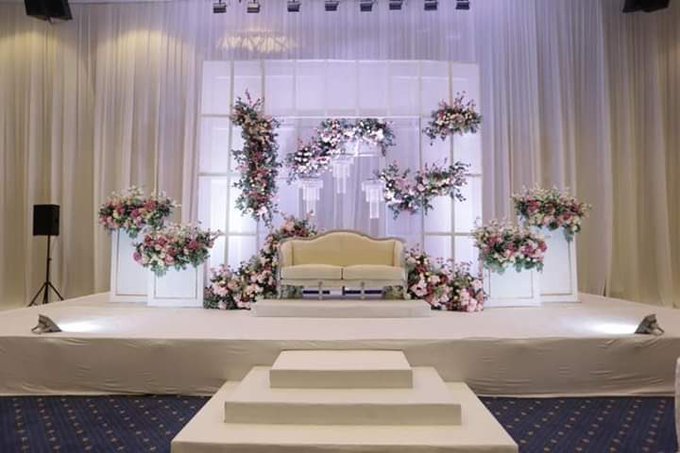 So, the bride’s parents filled in for the real couple while the groom underwent the surgery. The older couple walked down the aisle for the younger couple, flashing huge smiles on their faces; however, many noticed that the father was later wiping tears from his eyes at the reception, most likely because his daughter was not there for the happy celebration. 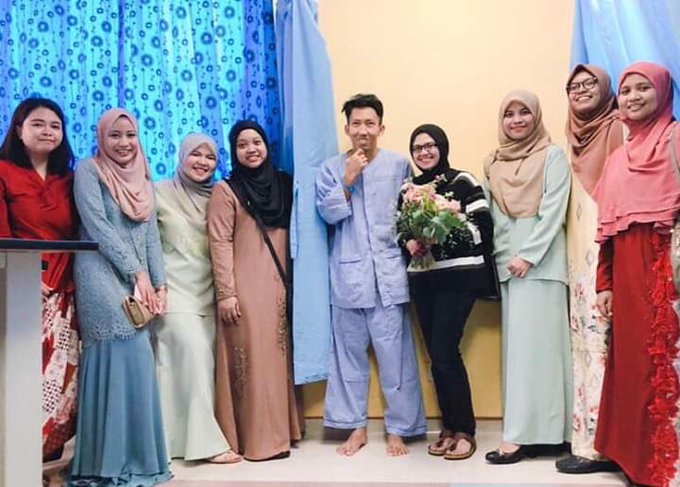 Thanks to the bride’s supportive family, the wedding was still able to proceed – though it was the real bride and groom who later signed the papers, of course. The wedding party then went to the hospital to visit the groom, got them to sign the papers, and posed for the modified wedding photos.

What Should Couple’s Parents Wear to Wedding?

Depending on the local customs and traditions, the couple’s parents might need to wear traditional costumes or a suit and gown.