During a crowded baseball game, a young man suddenly knelt down in front of his girlfriend in a proposal that got the fans cheering! But this quickly turned into a very embarrassing moment when the girl shook her head and ran away. Uh-oh.

A lot of guys feel so excited about proposing in public, especially in a place where there are lots of people. They just want to shout to the world that they love their girlfriend so much! But what if the proposal backfires and the woman rejected it? That’s public humiliation for them both. Ouch. 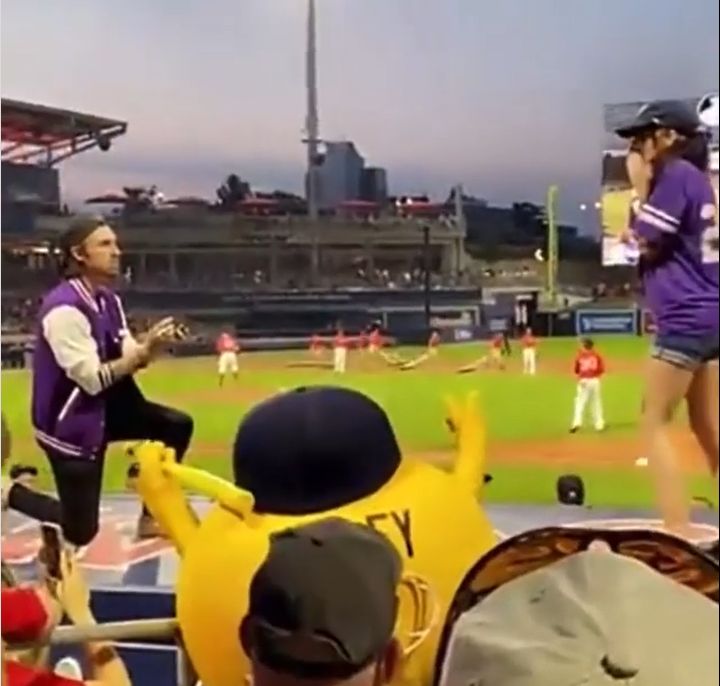 Last Thursday, during a Worcester Red Sox game at a stadium in Worcester, Massachusetts, fans of the minor-league baseball game were so excited to watch the big screen after seeing one guy who’s down on his knees, proposing to his sweetheart.

It is unknown whether the camera people knew about the proposal beforehand, but the moment was captured on the big screen even before the proposal started. So, he must have told them about his plan.

The couple were standing on a platform at what appears to be the team’s dugouts as the spectators cheered. 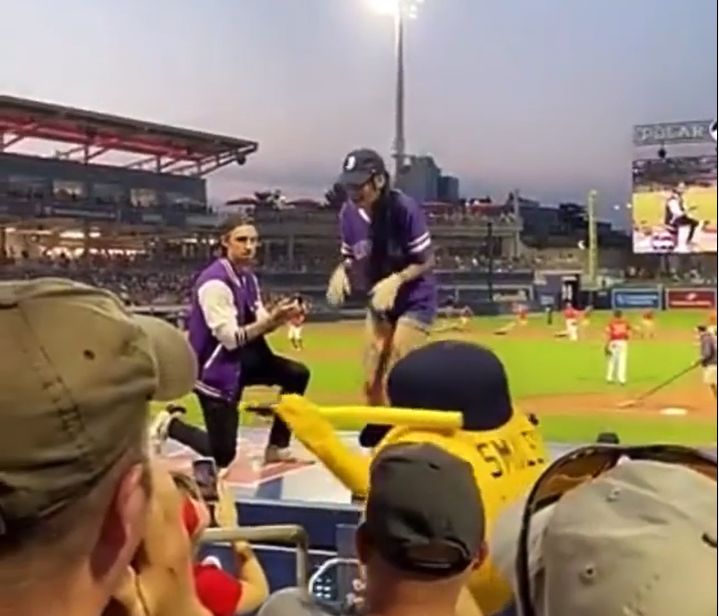 But instead of accepting the guy’s proposal and wearing the ring, the girl looked horrified about the proposal and was quickly shaking her head, mouthing, “no!”

She shook her hands for emphasis and was seen running away as fast as she could, given the difficult step she had to take from that platform to the ground. 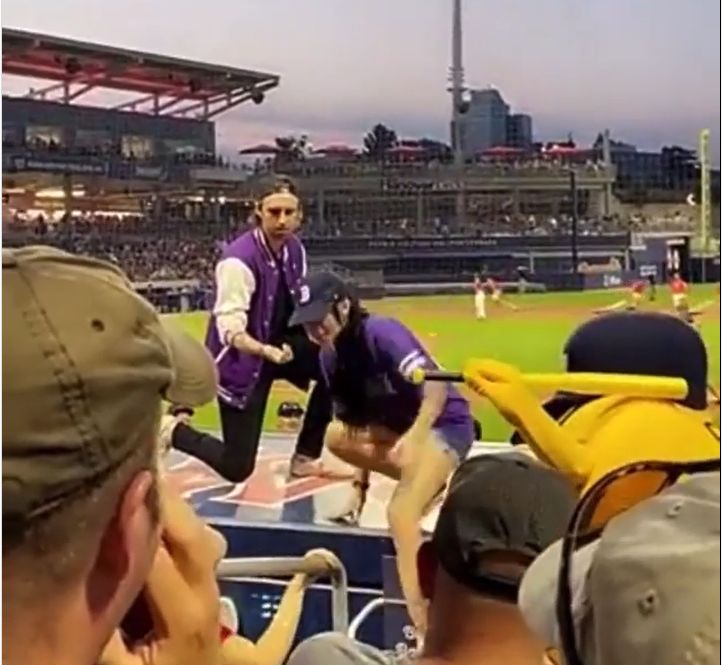 Some fans thought it was just a gimmick but others think it was for real. The guy did look genuinely disappointed and shocked, too, as he tried to go after the woman.

Netizens were quick to point out that some girls just don’t want moments like this to be done in public while others suggested that she should have accepted the ring so he won’t be embarrassed. What do you think?

Is a Public Proposal Good?

While public proposals can be exciting, it can also become a public rejection! Just like the video, it might be best to think things over before you spend your money and emotions on a public proposal that your girl just might reject.