When the bride tosses the bouquet, it is not uncommon for the bridesmaids and all single women present to rush and be the first one to catch the bouquet. The entire activity is both fun and exciting, at the same time, since tradition says that she who catches the bridal bouquet is the next lady to get married.

But this bridesmaid proved that the myth behind having the bridal bouquet has some truth to it.

Twenty-nine-year-old Kirsty Frayne and her partner Joe Booker, 28, attended the wedding of Joe’s cousin. When it’s time for the bride to toss her bouquet, Kirsty joined the other female guests who also want to catch it. She prepared to catch the flowers, even jostling with other ladies. 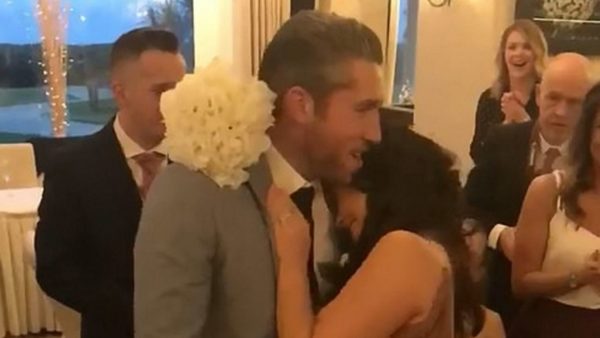 However, Kirsty was left stunned when Natalie, the bride, who had her back on the group of ladies waiting for her to throw the bouquet suddenly turned around and handed her the bridal bouquet.

What shocked her, even more, was when Joe appeared behind her, got on his knees and asked her to marry her, right at that moment.

Without hesitation, Kirsty immediately said yes before bursting into tears.

The proposal was, actually, planned.

After a few drinks during the bachelor’s party, Ben, the groom and Joe’s cousin, thought that it would be a good idea for him to propose to Kristy at the wedding. Though he was not sure at first as they were about to emigrate to Australia, Joe thought that it does not get much more romantic than proposing at the wedding.

Ben said they thought that it will be lovely to see the proposal and celebrate before Joe and Kirsty go to Australia. Kirsty also wants to get married and have babies.

So, Natalie came up with the idea of handing the bouquet to Kirsty, instead of tossing it.

Joe, eventually, agreed to the proposed plan for as long as the scene they will create will not steal the spotlight from the newly-weds.