A couple in New York has one of the most unique weddings as they tied the knot in the street, shouting “I do!” as the minister officiates the ceremony from a 4th-floor window! The unique street wedding has since gone viral. 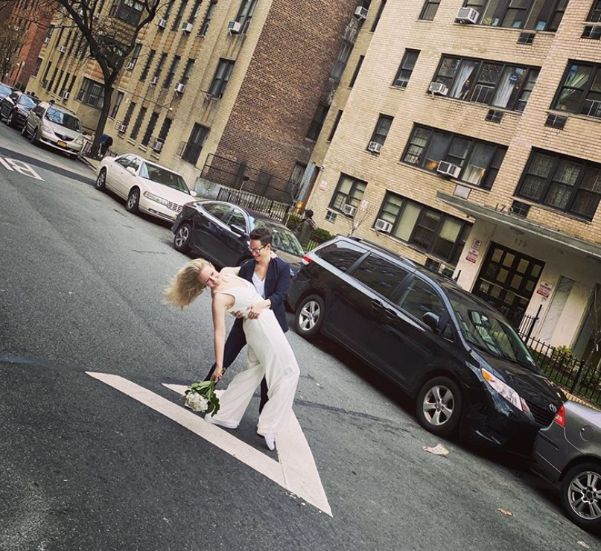 Reilly Jennings and Amanda Wheeler just got married in a unique street wedding on a small street in the Manhattan neighborhood of Washington Heights in New York. As you might have already guessed, the couple had to change their marriage plans amid the lockdowns and social distancing implemented due to COVID-19.

With gatherings strongly discouraged, the couple managed to get on with their wedding plans, albeit some major changes in how it was done. Matt Wilson, a licensed marriage officiant and the couple’s friend, officiated the wedding from his 4th-floor window, leaning forward to shout out the proceedings.

No one could ever fault them for this gathering because everyone observed social distancing – surely, the height of the 4th floor is more than the required 1-m distance! 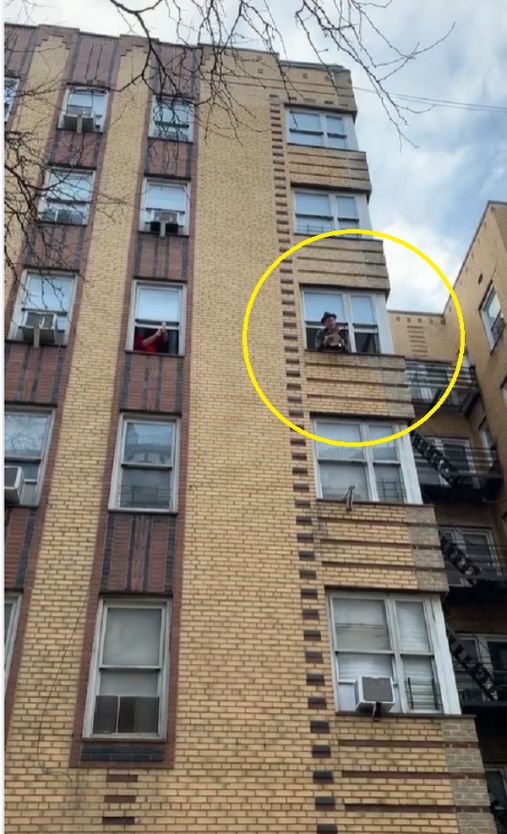 Reilly happy shared photos and videos from the unique wedding.

“Our very New York wedding! The most perfectly New York moment amidst a crazy time. The magic of this city, our down AF friends, and most importantly @wheelsfit will never be lost on me. Also. Hire @iknowmattwilson for EVERY WEDDING EVER!” Reilly wrote on her Instagram account. 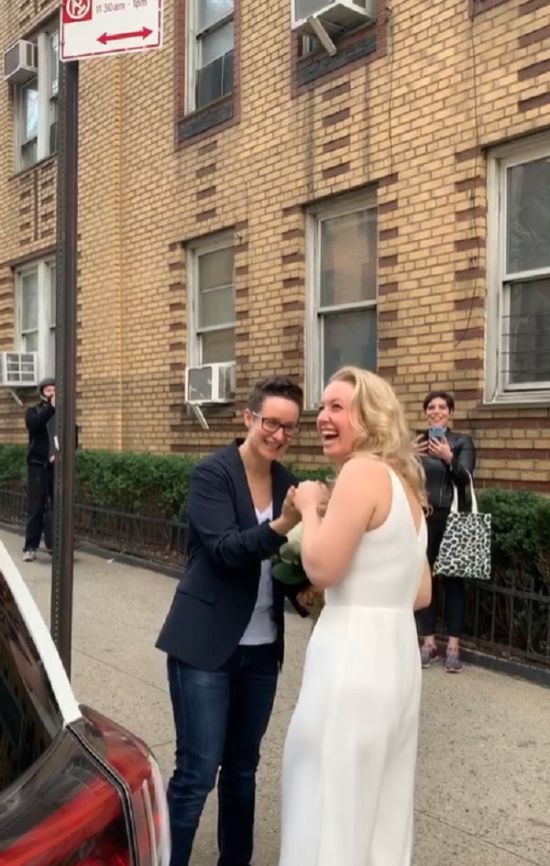 The couple had initial plans to get married in October 2020, but as the pandemic worsened, they decided this is the best time to tie the knot. They got a marriage license from the New York City Marriage Bureau on Thursday, planning to come back the next day to get married at the courthouse. They were surprised when the courthouse was closed the following day after Mayor Bill de Blasio closed all offices indefinitely.

“After a somber afternoon, one of our friends texted us on a group chat, letting us know he was ordained by the county clerk of New York and could do it,” Reilly narrated. 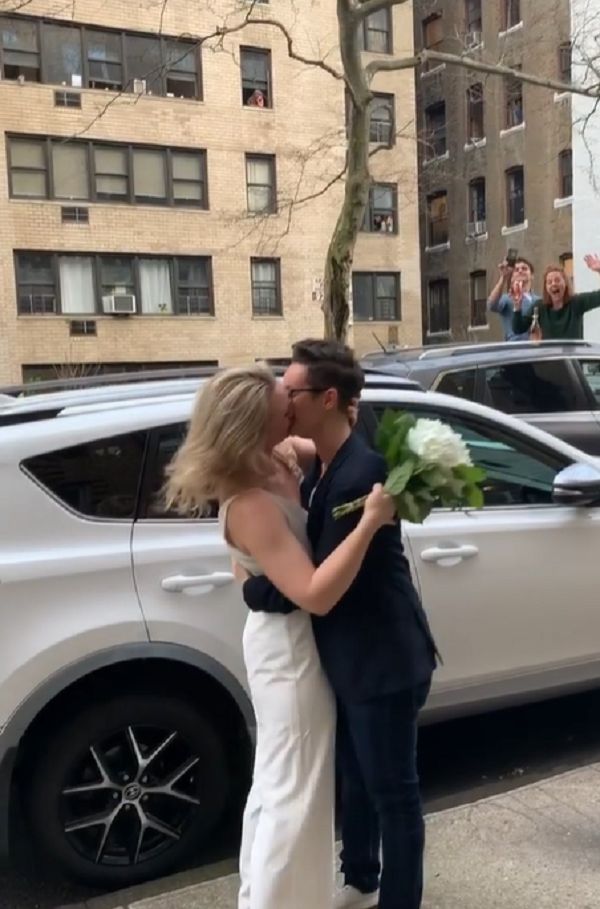 “We texted, ‘Wanna marry us outside your window in the next 24hrs?’ and he said ‘YES!’ To that I replied, ‘How about in 90 minutes?’ We both finished up work meetings, got dressed, picked up some flowers, and headed to his apartment around the corner. It was the most New York moment ever and was even more special to share with the entire neighborhood in such a scary and uncertain time.”

Their friend and officiant Matt had so appropriately read an excerpt from Colombian writer Gabriel García Márquez’s novel, “Love in the Time of Cholera”, before asking the two to exchange their vows. 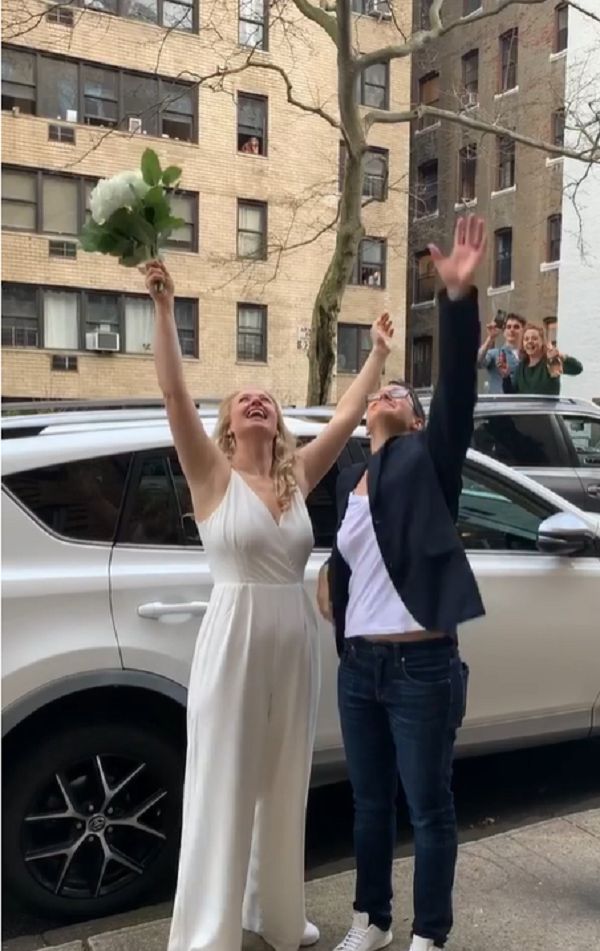 “Do you promise to love, honor, cherish and keep her for as long as you both shall live?” Matt asked, shouting from the window, four floors above.

“I do!” Reilly shouted, amid cheers from friends and curious neighbors.

The most perfectly New York moment amidst a crazy time. The magic of this city, our down AF friends, and most importantly @wheelsfit will never be lost on me. Also. Hire @iknowmattwilson for EVERY WEDDING EVER!

The wedding was small but they would soon have a bigger audience as it went viral.

“We got to share our love with more people than we ever could have imagined. And that’s the best part,” Reilly said.

Is a Marriage License Necessary?

Yes! In most places, a couple can only get married if they have a marriage license. While it is possible to get the license in just 1 day in many areas such as in the US, it might take a longer in other places. In the Philippines, you could get one after at least 2 weeks.