One guy created a special “Sleeping Beauty” film to propose to his high school sweetheart in a ‘crowded’ theater. The sweet moment would soon go viral, with many netizens wishing they could also pull off such a sweet surprise. 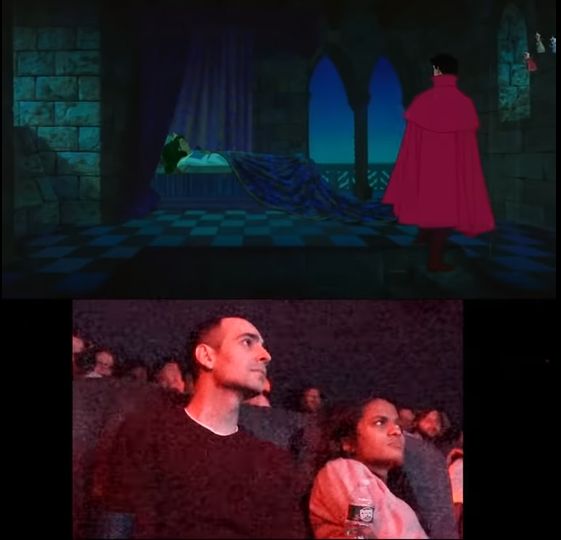 Lee Loechler spent the past 6 months creating the animated movie, changing the prince to himself and the princess to his girlfriend, Sthuthi David. The couple entered a crowded theater where they sat in front. 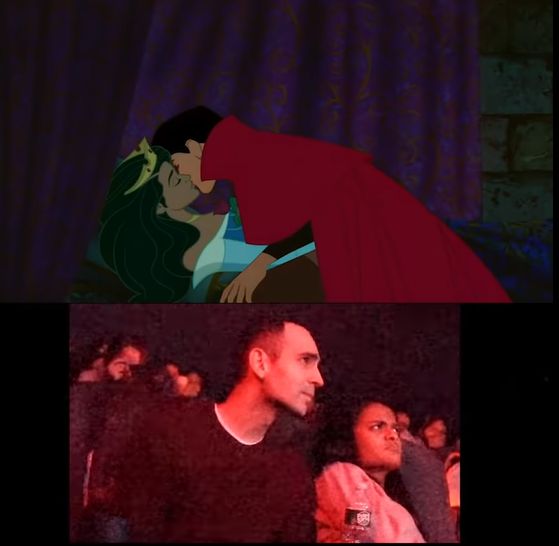 Minutes later, the movie started. But Sthuthi could be seen frowning as she watched with disbelief on her face as the movie didn’t seem like a real “Sleeping Beauty”. Is this a fake version of the movie? Perhaps the movie theater made a mistake in buying the right movie? Those are just some of the questions that went through Sthuthi’s mind as she watched the movie unfold. 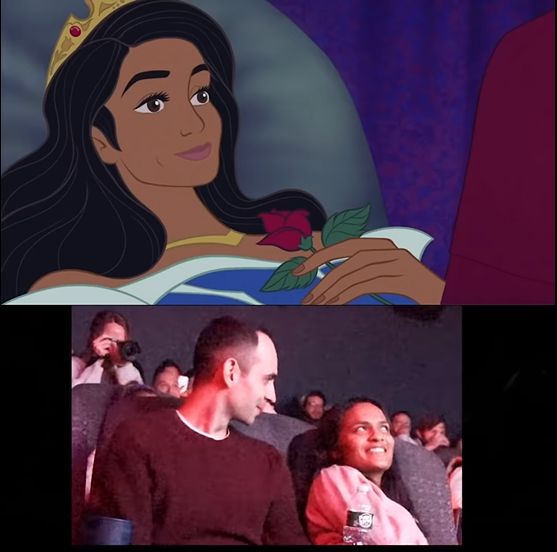 She had no idea that Lee is smiling from ear to ear, knowing his gimmick is working. As the prince walks up to Sleeping Beauty’s bed, Sthuthi continued to frown. But she was surprised when the camera focuses on Sleeping Beauty’s face – and the princess looked like her! 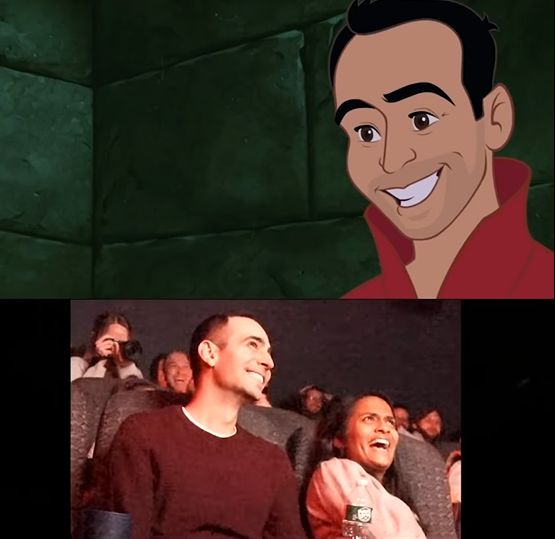 After kissing the princess, the prince brings out a box and smiles – but he looked familiar! He tosses the box towards the audience, just a bit off-screen and into the waiting hands of Lee who jumped off his seat to catch it. 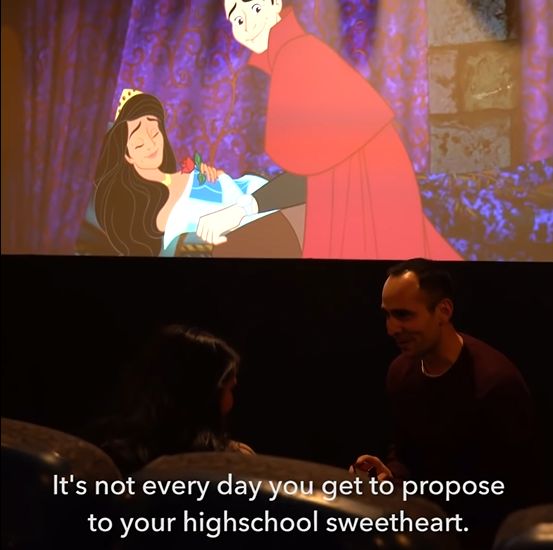 With a big smile on his face, he produces the box he supposedly caught from the prince and kneels in front of Sthuthi. The surprised young woman looked to the screen and saw that the prince and Sleeping Beauty were watching her. LOL. The animation was cute but everyone was waiting for her response – and she said, “Yes!” 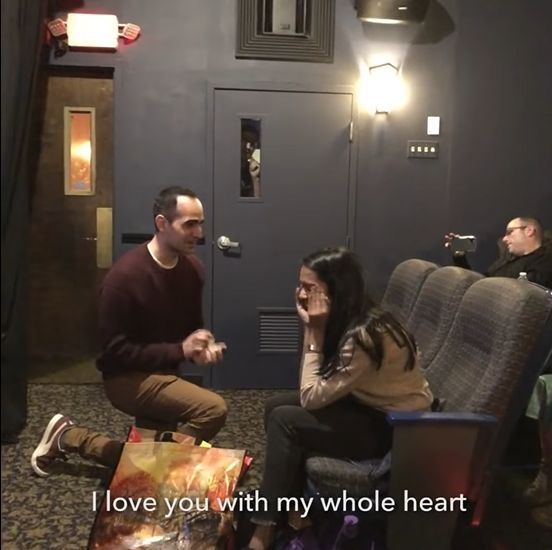 She apologized to the rest of the moviegoers, only to discover that everyone at the back were actually their family and friends… Here’s the video:

“For the past six months I've been animating my girlfriend and myself into her favorite movie, Sleeping Beauty. With the help of some local redditors, I popped the question in a ‘crowded’ movie theater…”.http://rddt.co/ImUw50xRFFu via r/videos 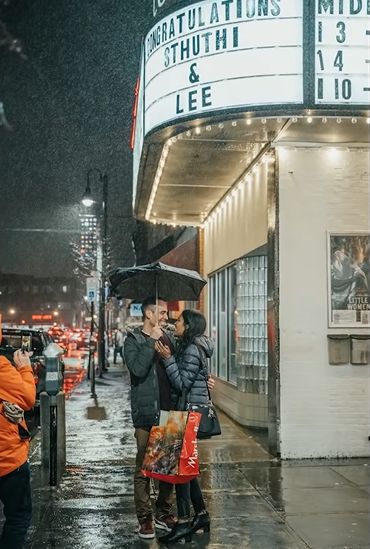 An animation is the technique to create movies using puppets or pictures, manipulated in such a way that they appear to move.