One guy jokingly promised his sister that he would attend her wedding with a llama if she really wants him to go. But when she finally got married 5 years later, he actually made good of that promise and brought a real llama to the wedding! LOL. 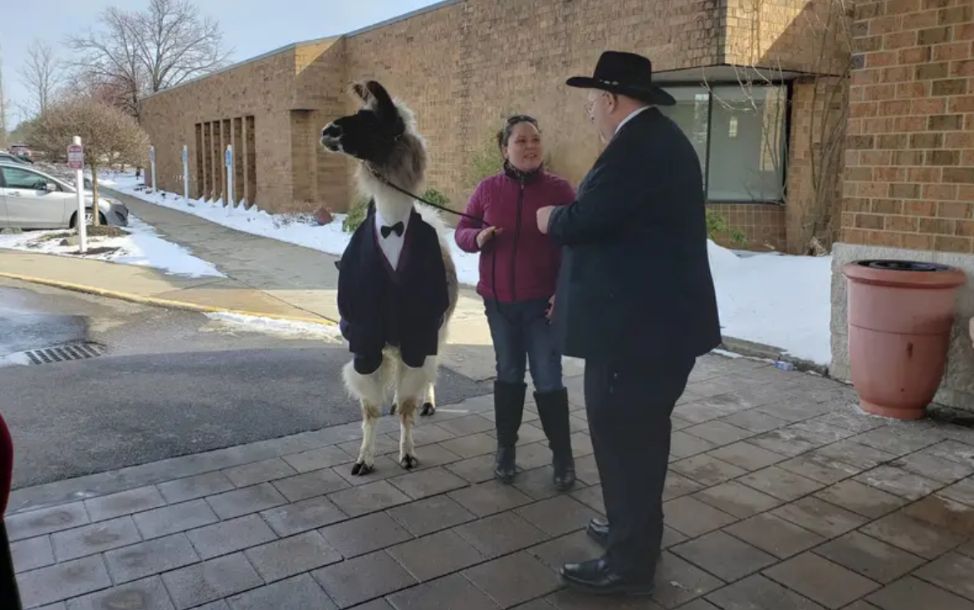 Mendl Weinstock explained that it all began during a road trip from their home in Ohio to Indiana. His sister Riva, then 17 years old, talked about her future wedding “as if it was going to happen tomorrow” – and she wasn’t even dating anybody at the time.

“Just to tick her off I said I wasn’t going to come to the wedding,” Mendl shared. 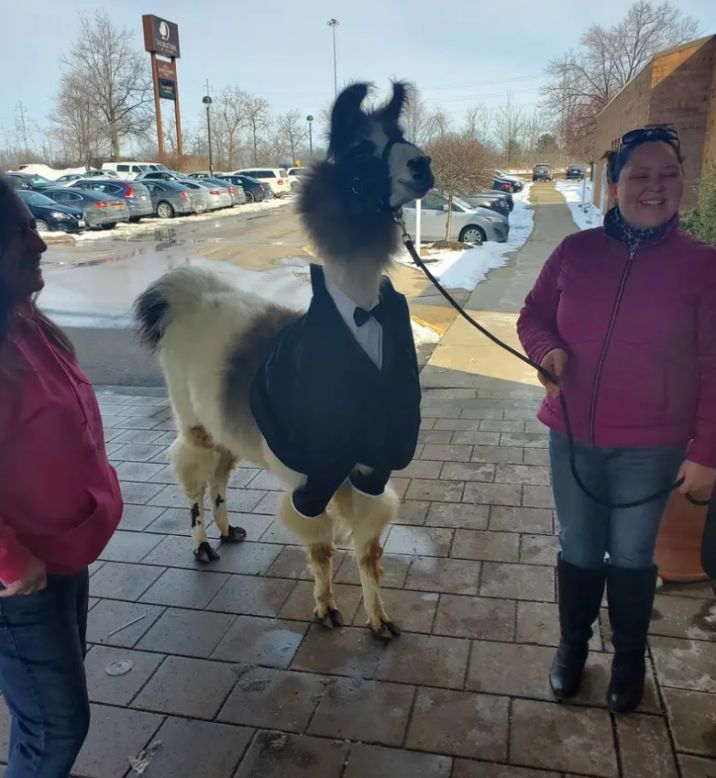 It became a huge argument during the road trip, but she eventually relented as long as he promised he would come to the wedding.

“So ever since she said those words to me I promised her and vowed that I would bring a llama to the wedding,” Mendl said. 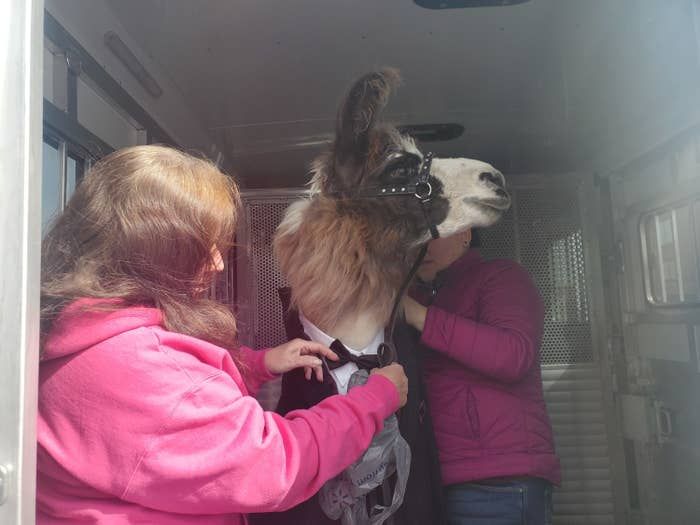 A Real Llama at the Wedding

As the years passed, Mendl kept on reminding his sister about his promise but she didn’t really think he was serious. But when she got engaged last October 2019, Mendl knew exactly what to do. He went around farms in the area to find one that would rent out a llama – and discovered there are actually a lot in Ohio.

He commissioned a tailor to make a tuxedo and matching yarmulke for the llama he chose, Shocky. What an appropriate name! 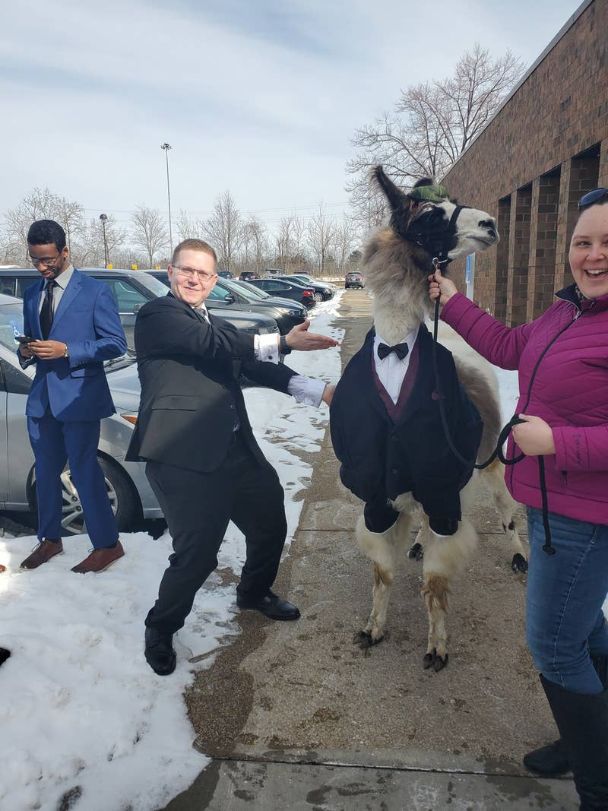 His sister was quite mad that he actually brought a llama to her wedding!

“My sister walked outside and had this humongous gaping looking on her face. There’s nothing that can really prepare you for walking outside and seeing a llama!” Mendl explained.

But Riva soon warmed up to the idea as the other guests had a good time taking photos with the surprise guest. It actually made the day more memorable. 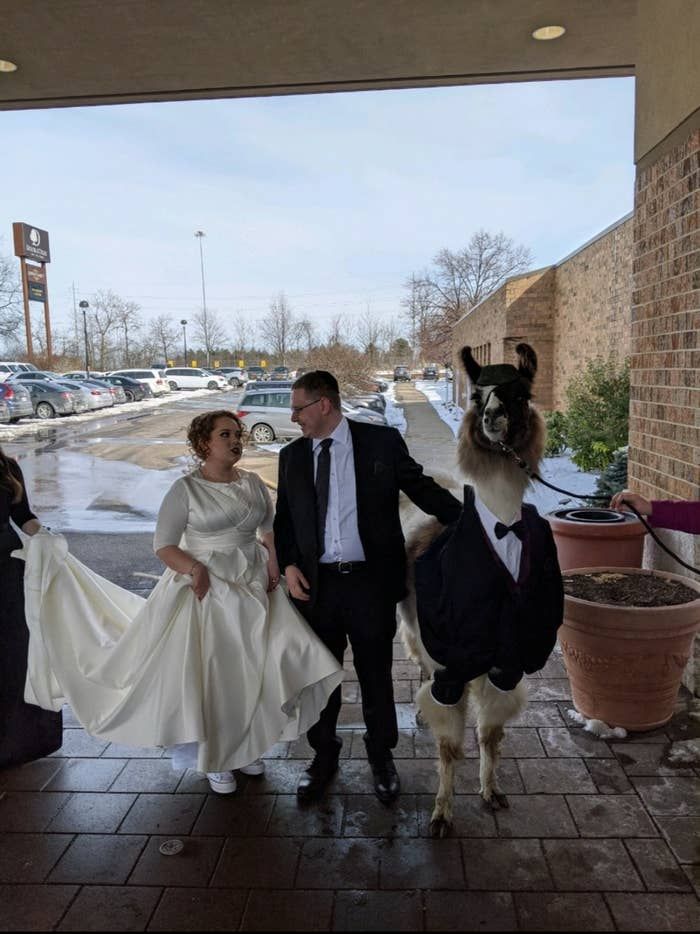 “She might have been a little mad at first, but she was in on the joke and she definitely realized it was funny and she hasn’t held a grudge or anything. But she did say she’d get me back at some point in the future,” Mendl said. 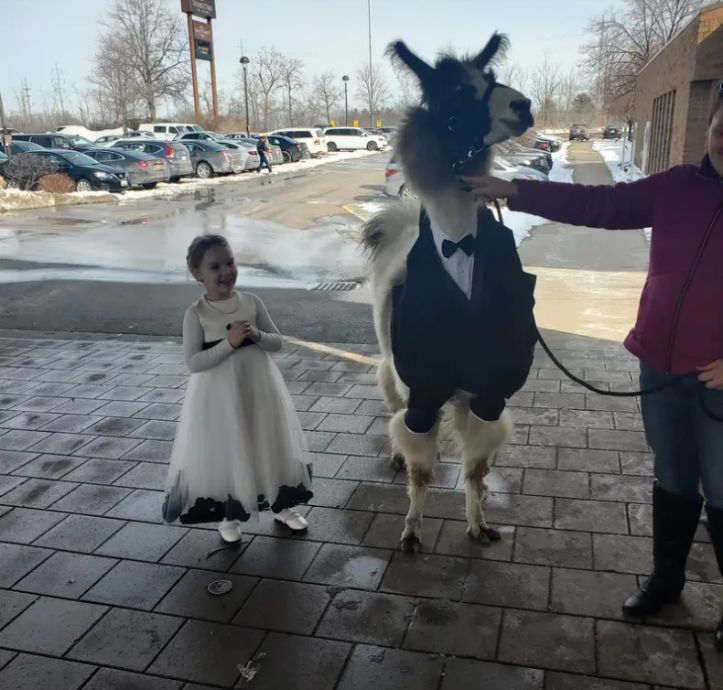 A llama domesticated South American camelid. It has a typical camel-like body shape but without the humps associated with camels. A llama also has slender limbs, long neck, and a rounded muzzle that has protruding lower front teeth.