During weddings, many people look forward to the ‘best man’ speech because it is often hilarious and, well, gives the guests a glimpse of the groom’s not-so-best behavior, as experienced by his best man.

But one guy took the ‘best man’ speech to the next level as he managed to let everyone focus on him as he created a hilarious compilation of anecdotes that got everyone laughing hard.

In the clip, the best man, identified as Joe Leinen, promised that he won’t ‘roast’ his brother in his ‘best man’ speech, but proceeded to actually do the opposite thing in the comedic video that got everyone laughing. 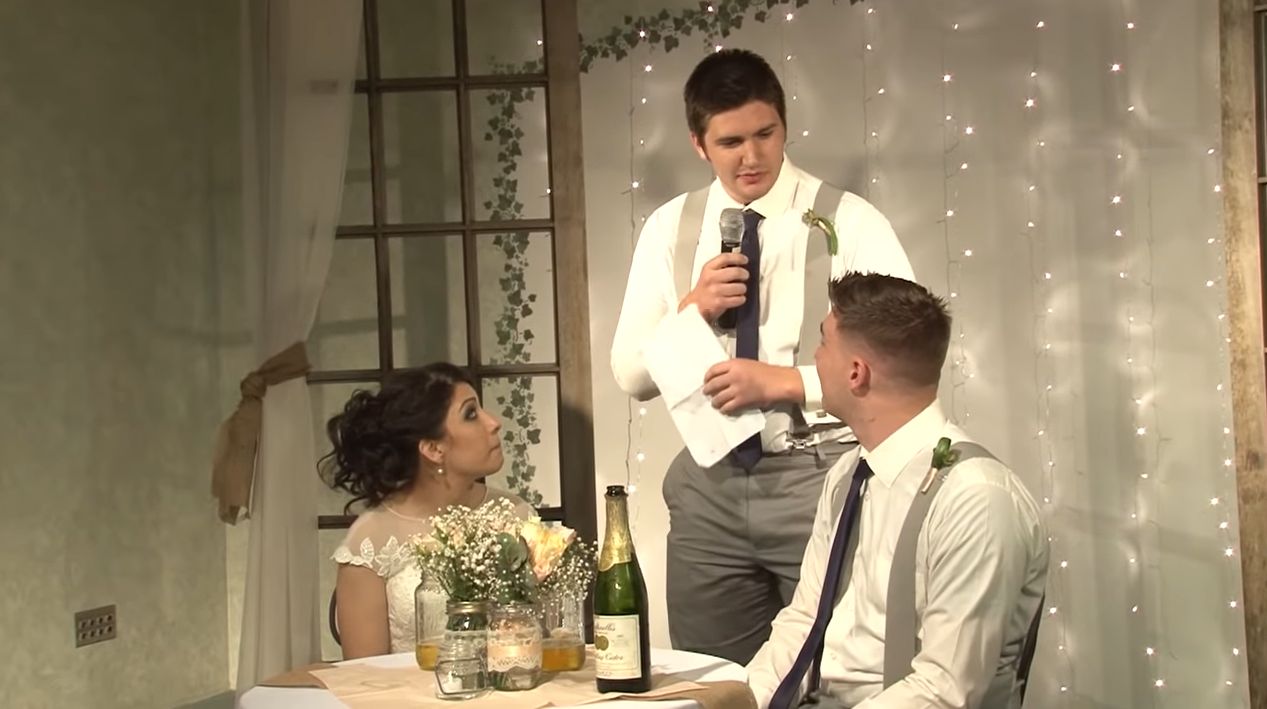 “An endearing and heartfelt toast to my brother Tim…and maybe a little bit of roasting. A huge thanks to Tom Pascucci for filming the wedding!” Joe shared in his YouTube post.

A natural stand-up comedian, Joe made the audience laugh with his funny speech as he first made it appear that he was toasting himself, not his brother. Even the bride, Jess, had such a good laugh over his antics.

“I wanted to spend this time to really focus on all the good qualities that Tim has. Like, uh… well, uh, thank you all for coming and have a good night!” Joe said, before pretending to walk away. “No, I’m only kidding. Tim’s a great guy.” 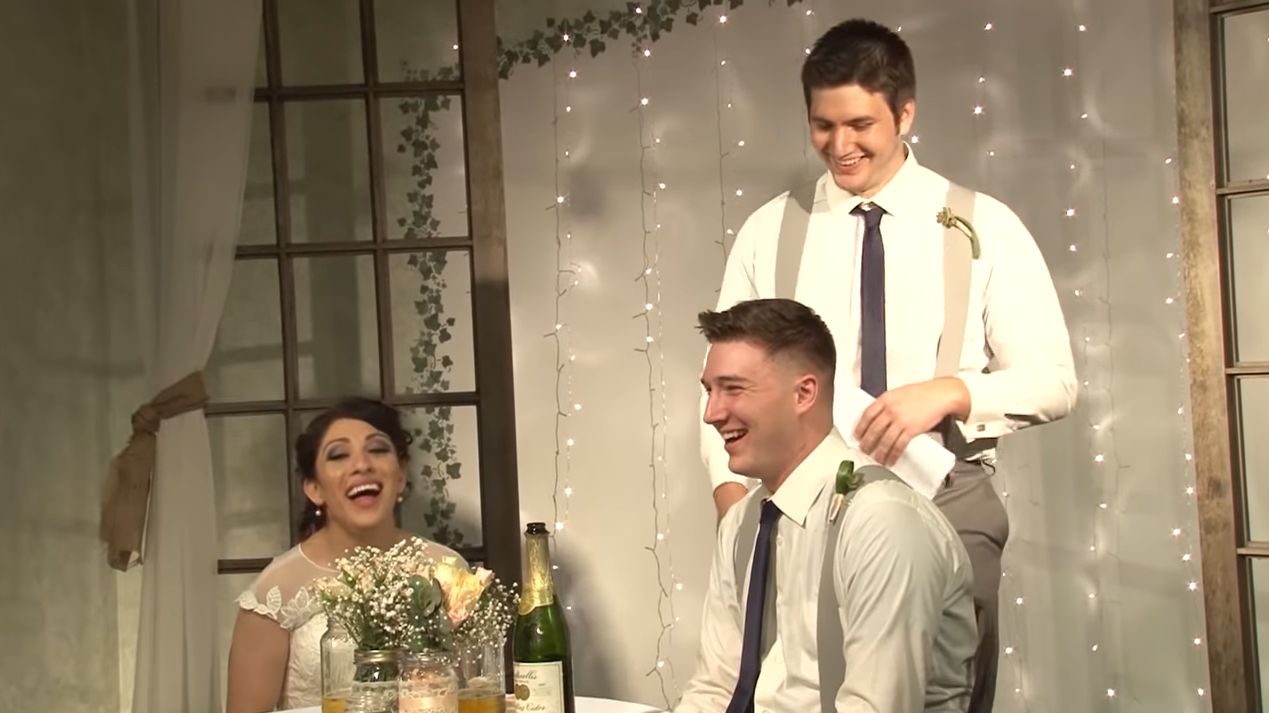 Then, he proceeded to roast his brother and calling him as ‘Little Timmy’; though the guy is actually in the Marines!

What’s so funny is that he actually managed to still roast Tim even when he was talking about Jess. LOL.

For the ‘best man’ speech to really work, it often involves some jokes and funny anecdotes of your experiences with the groom. Here are tips to making the best ‘best man speech’: