If you think bumping into your ex in public is already bad enough, attending their wedding is really something else! Not everyone is emotionally strong enough to attend their ex’s wedding – and you’ve got to admire the guts of those who do, without breaking down or even causing a scene that could disrupt the otherwise happy event.

On her Twitter account, Hanis (@theroutinesya) shared the sweet video of her friend’s encounter with the newlyweds, with the bride actually being his ex-girlfriend. This happened in Malaysia. 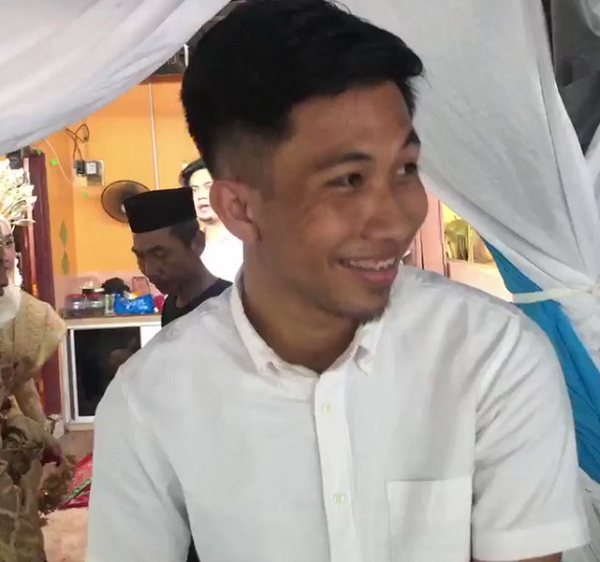 In the video, it was clear that though the guy in a white polo was smiling nervously, he was also sad deep inside. According to Hanis, this guy is her friend and the bride is his ex-girlfriend.

Why he attended the wedding in the first place got a lot of netizens puzzled, but perhaps they remained friends even after the breakup. Others think he was just there to check if she really got a better guy to replace him. 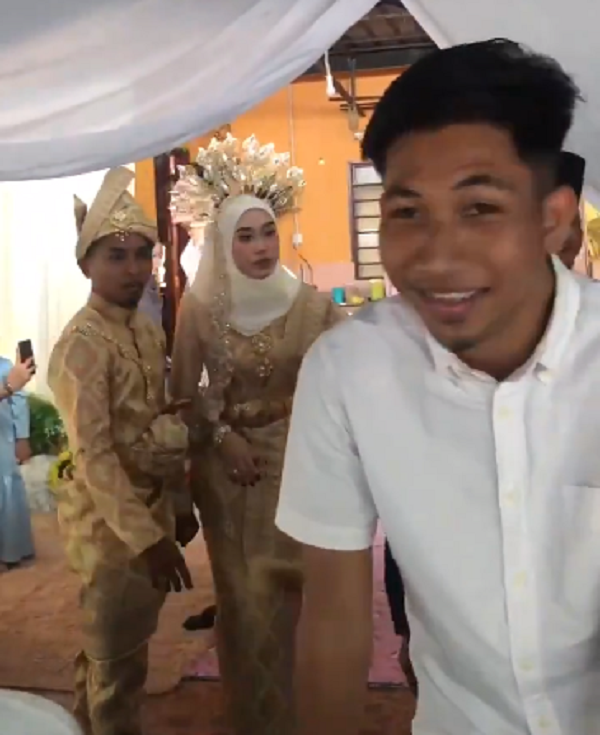 Whatever the reason might be, he was clearly a bit distressed by the situation; though he tries his best not to show it as Hanis took a video of him being just a few feet away from the bride and groom.

But the next moments were sweet as the groom noticed him – and gave him a peace sign as greeting! The groom surely knows that he had once been the bride’s boyfriend but chose to offer peace and friendship instead. 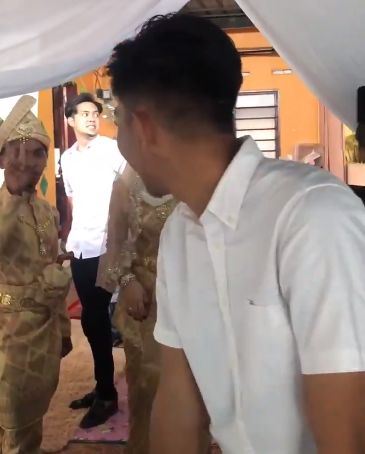 Realizing the groom had offered an olive branch, the ex-boyfriend turned to the guy and gave him a handshake.

Thankfully, the potentially awkward situation didn’t escalate to something bad; instead, it became a sweet moment for the two guys. We’re impressed! 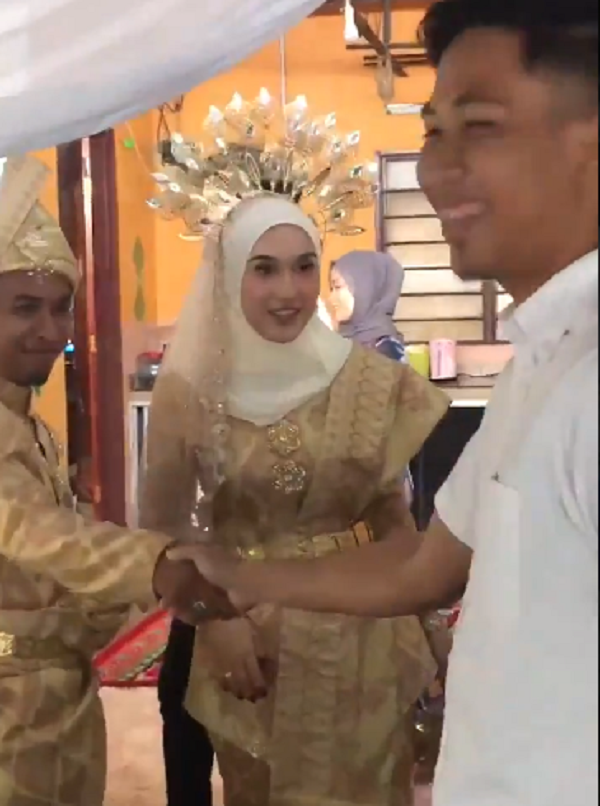 The peace sign is easy to do as you only have to make a “V’ with your index and middle fingers while the rest are clenched back into the palm of your hand. The sign first appeared in the 1960s during the Vietnam War, and remains used to this day.