A young woman recently went viral for dressing up as a bush, so she can secretly take photos of her sister’s engagement! Isn’t that sweet?

Therese Merkel, 23, from Wisconsin is definitely the best sister in the world! She’s super close to her sister, Rachel. So, when Rachel’s boyfriend decided it is time to pop the big question, he enlisted the help the Therese to capture photos of the sweet moment, without her sister knowing about it. 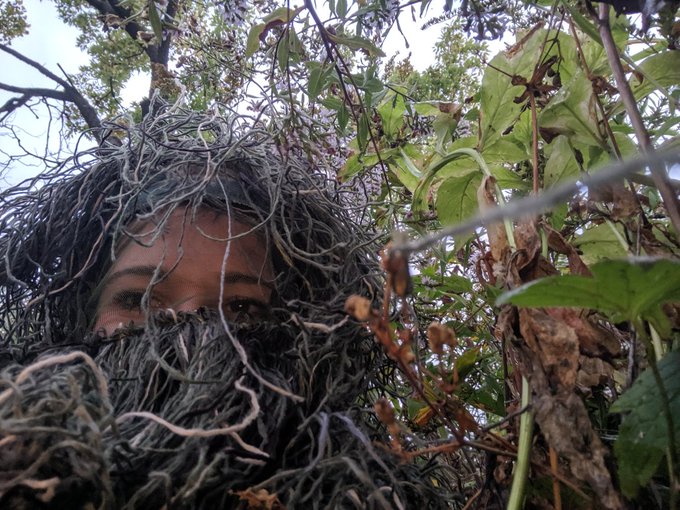 Rachel’s boyfriend Andrew Philibeck had some pretty wild ideas for the proposal, like Therese faking an injury and him arriving as medic, but they both eventually settled for a romantic walk in the woods.

Totally excited over the proposal, Therese suggested that she hide among the shrubbery so the two could have their perfect moment while she takes the photos. 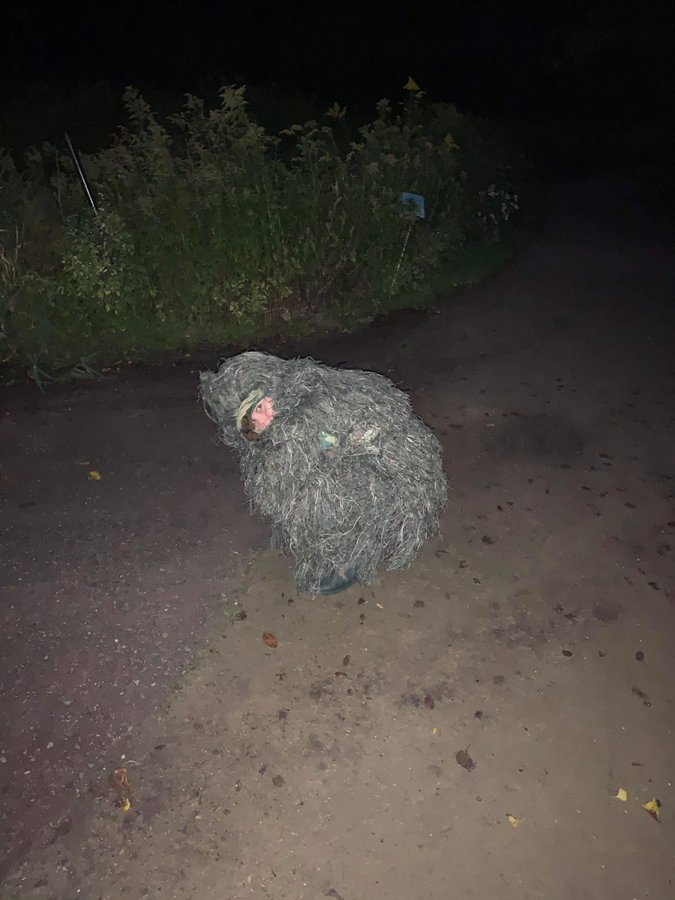 Andrew loved the idea so much that he even got Therese a woodland camouflage ghillie suit so she’d really ‘blend in’ with the surrounding shrubbery.

“Sister got engaged this weekend and I dressed as a bush in the wilderness to watch/capture the moment. We are 1 yr apart.. why are our lives so different rofl,” Therese laughingly wrote as she posted the hilarious disguise setup on her Twitter account.

Andrew popped the big question on September 21 while on a romantic stroll with Rachel question at Picnic Point in Madison, Wisconsin. They arrived at the spot decorated with sunflowers (Rachel’s favorite flowers) as well as some glowing lanterns. 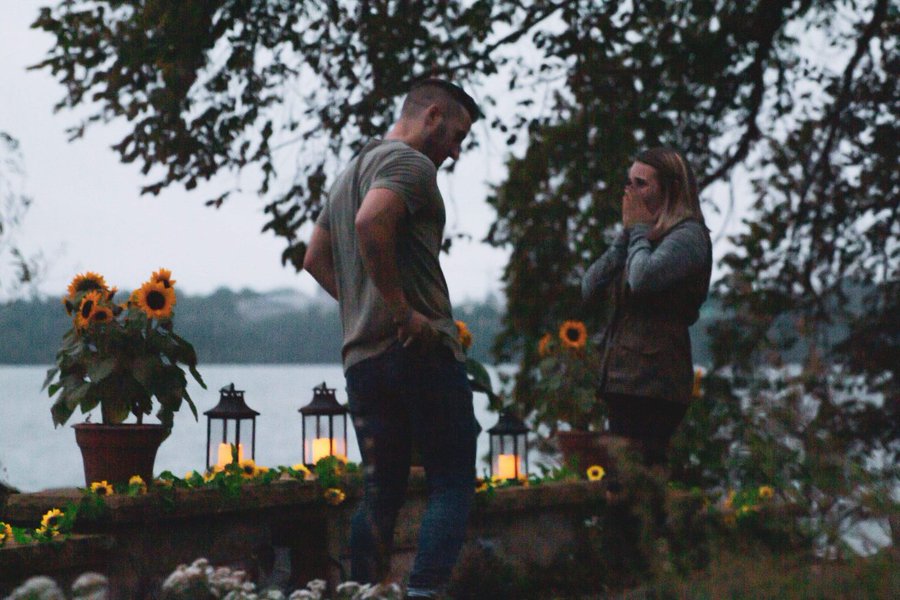 It was such a sweet proposal that for a second there, Rachel must have wished her sister was there to take some photos. What she didn’t know is that Therese was really there, hiding so cleverly in the bushes in that ghillie suit that even Andrew didn’t notice where she was standing!

“While I was hiding, I had the perfect view of the whole thing,” Therese revealed.

When Rachel said “yes”, a very ecstatic Therese jumped out from the bushes.

“She said yes!” Therese shouted with glee while a very confused and surprised Rachel also screamed in surprise. LOL.

Needless to say, Rachel truly felt special that very moment for having a wonderful sister who went to great lengths just to get the best photos of her engagement… 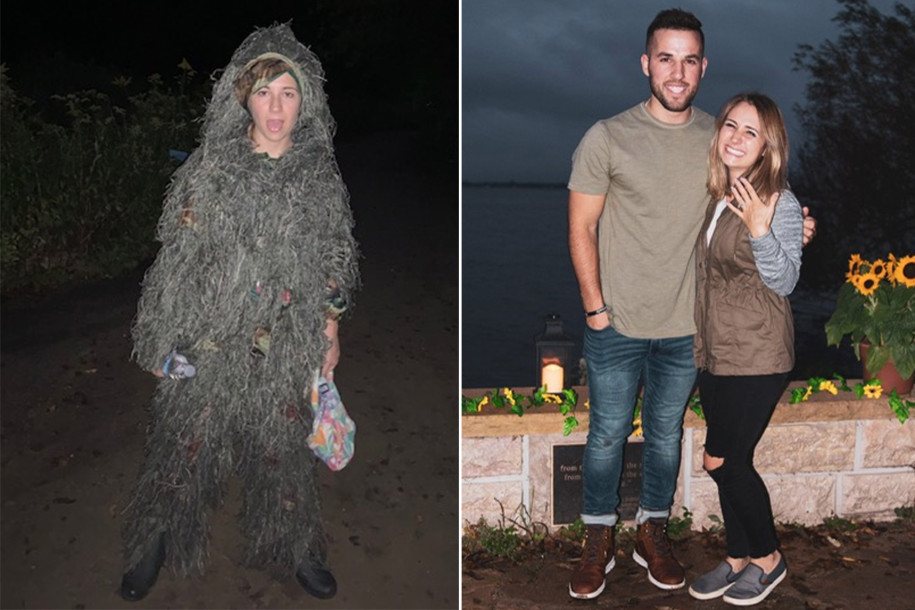 A ghillie suit is a type of camouflage clothing that’s designed to look like the background environment the wearer will be in, such as foliage, snow, or sand.