For their 10-year wedding anniversary, one husband decided to pull off something that he knew his wife would truly love: the wedding of their dreams! And netizens also loved their sweet story… 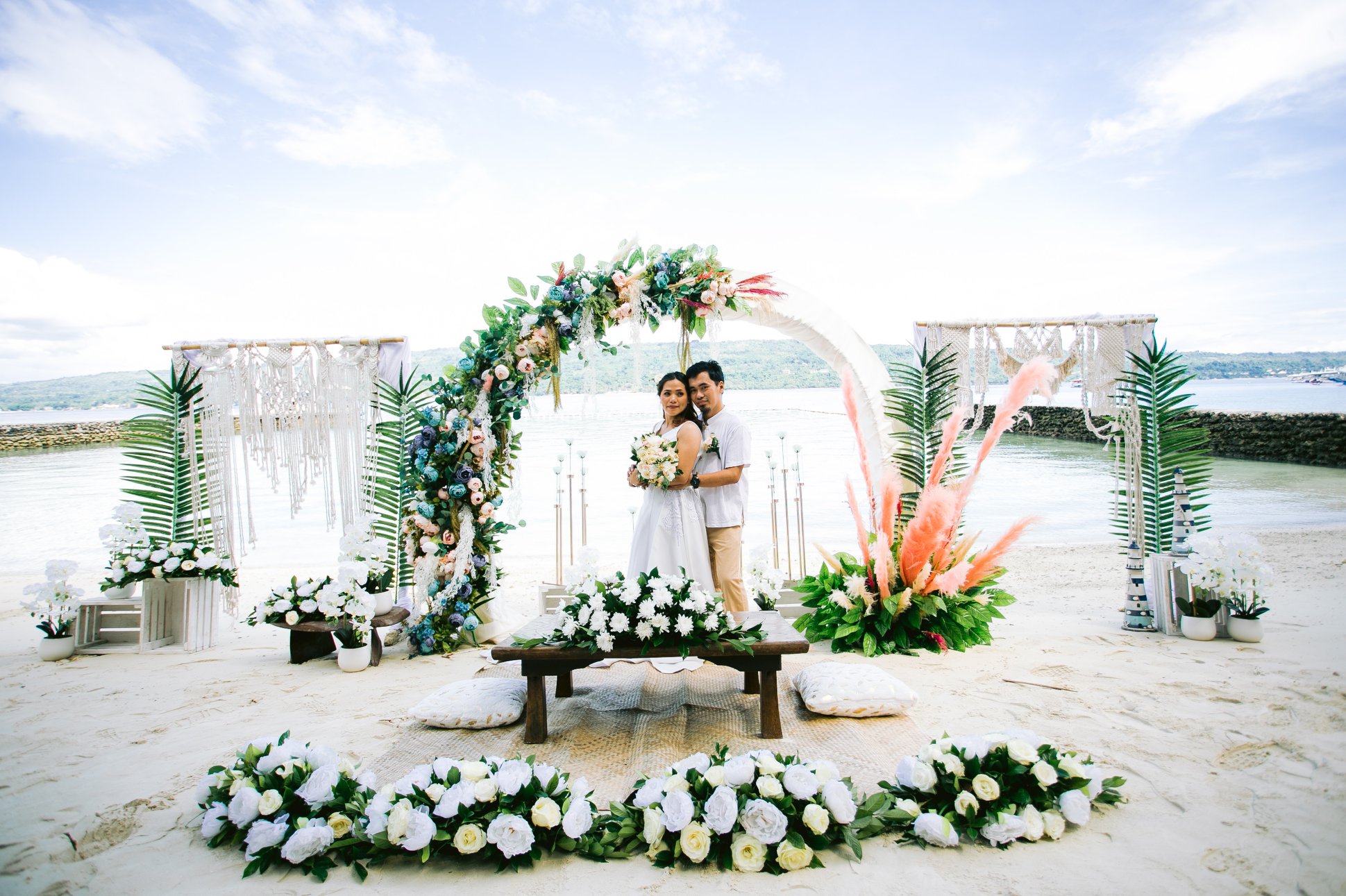 Jonathan and Marlyn Indino got married in a simple ceremony in January 2010. At the time, the couple was struggling with their finances and wanted to have a practical wedding; though Jonathan knew that his wife always dreamed of having a beach wedding. 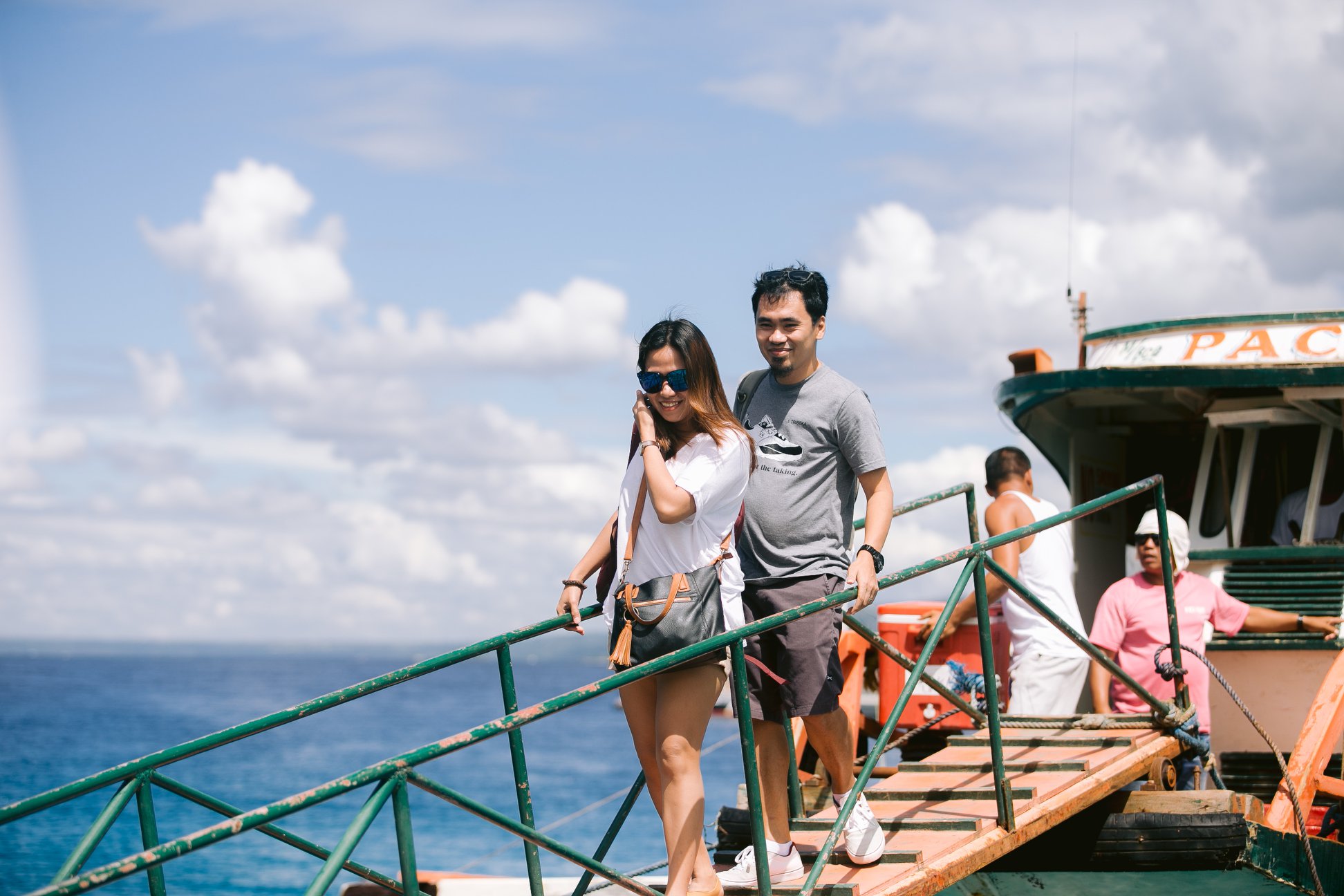 As the years passed, the couple’s finances became better, with Jonathan opening their own BPO business, the ND-Know Solutions in Davao. They now have three kids: Dion, 7; Bgirl, 5; and Chase, 1. As their lives became comfortable, the couple also had challenges to face, particularly about mortality after Jonathan got diagnosed with diabetes that would often lead to him collapsing when he can’t manage his blood sugar. 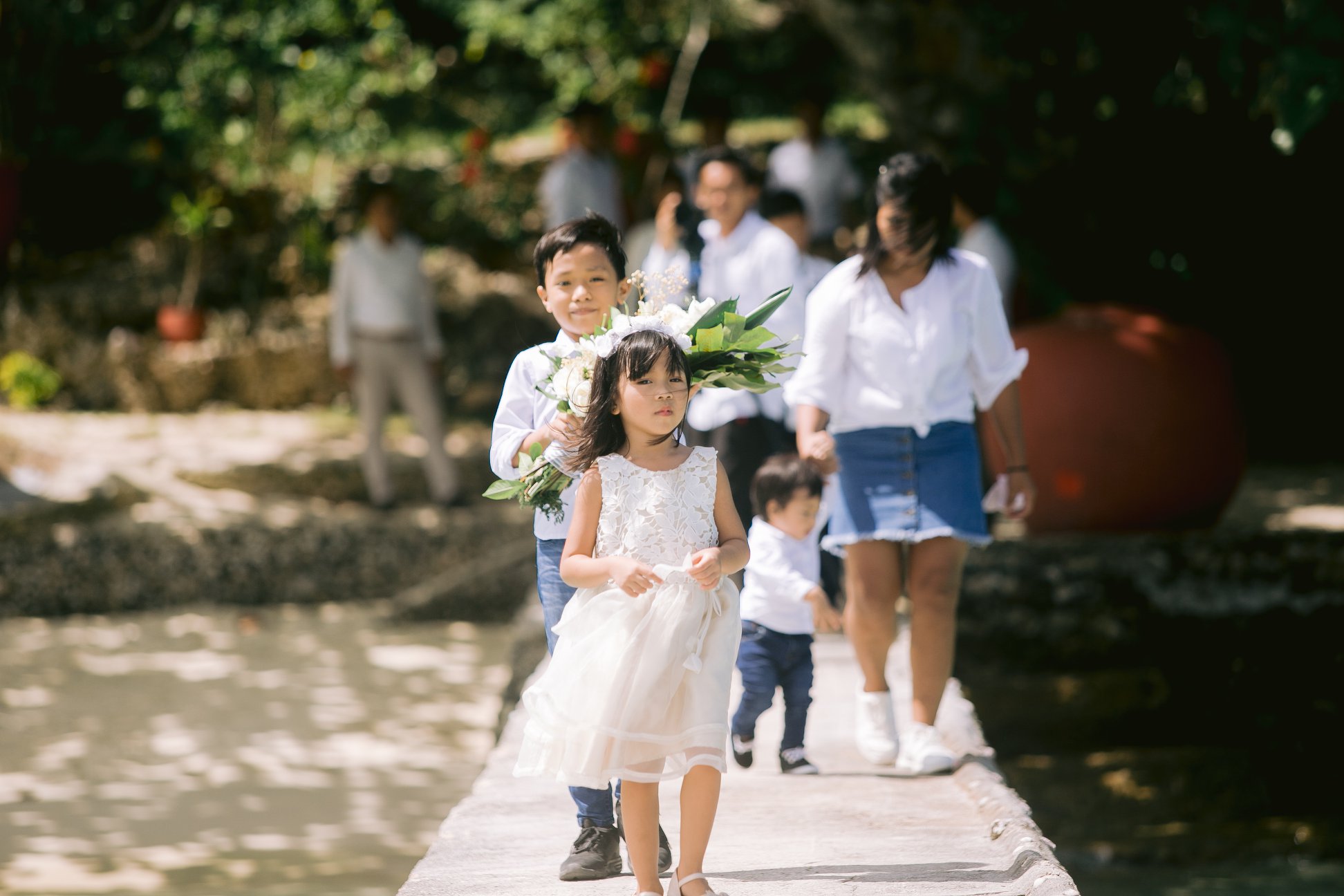 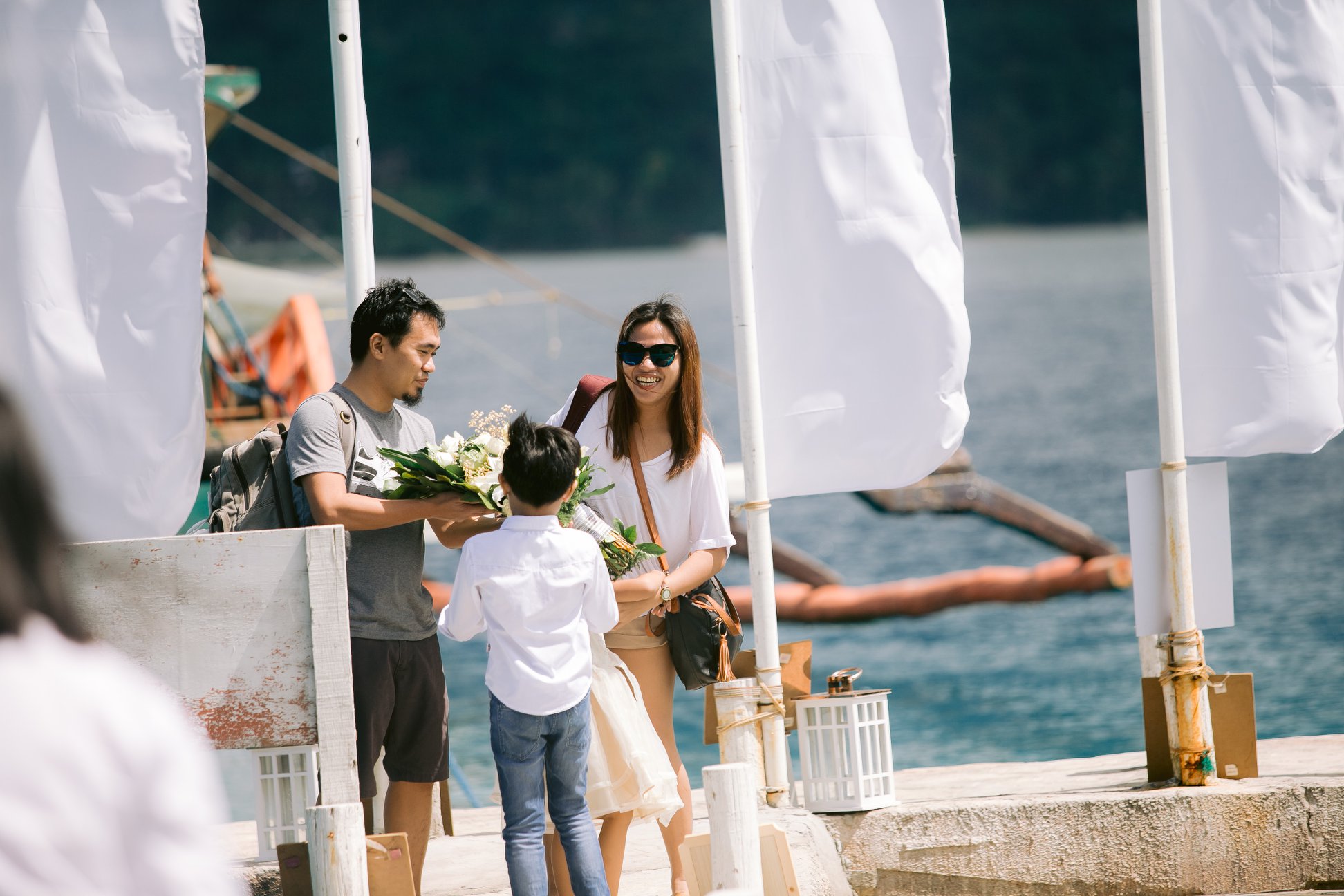 Often seeing his wife looking wistful upon seeing romantic wedding videos, Jonathan hatched a daring plan to surprise her with the wedding of her dreams on their 10th anniversary. Since he’s also a pastor, Jonathan had the chance to work with Casa de fotografia. He met with Diane Mecares, a wedding organizer at Wedding Diaries and who runs Casa de Fotografia with her husband, Jourdan Anting. 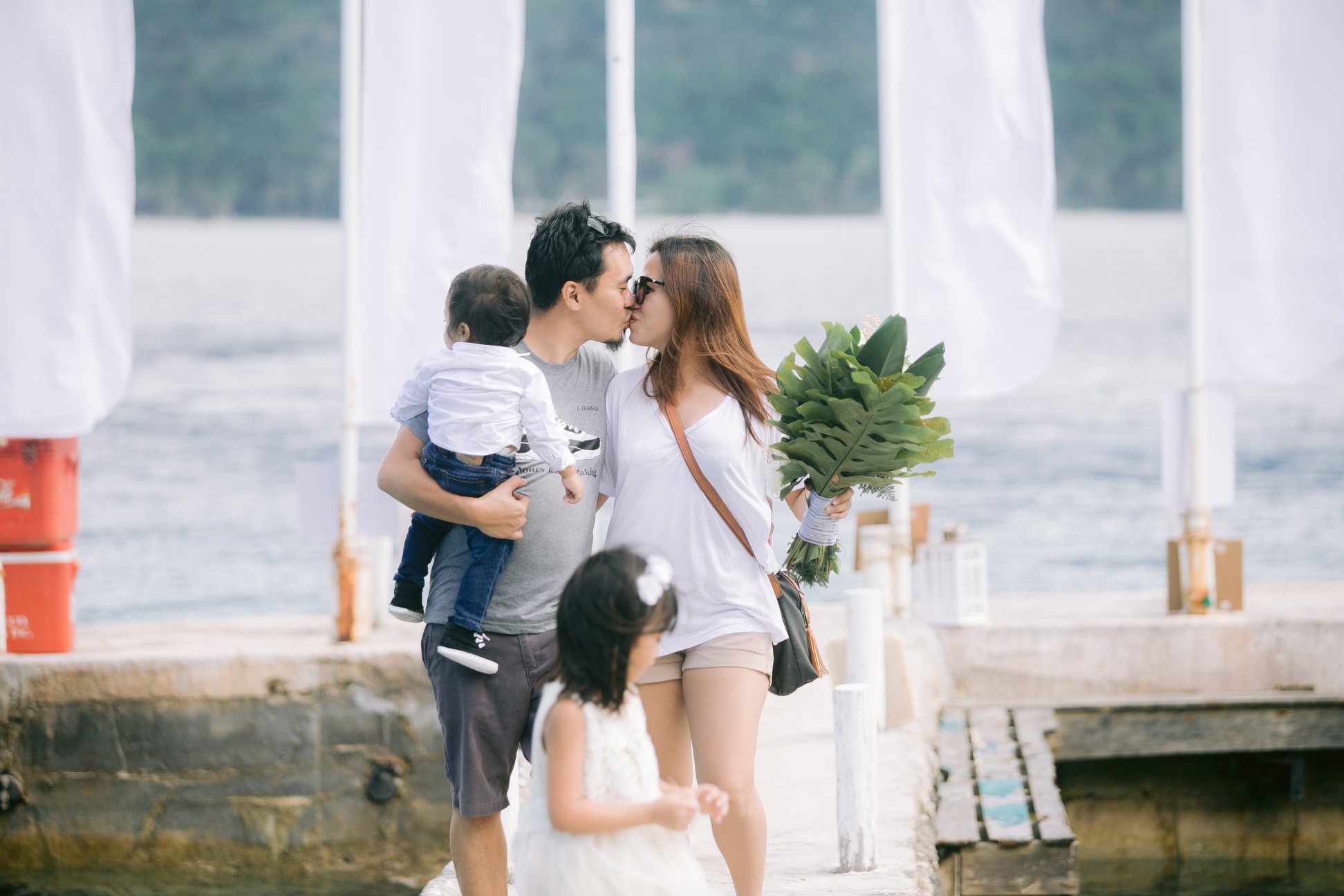 At first, Diane did not think Jonathan was serious but soon gather a team for this surprise wedding and renewal of vows as the date drew near. Because they didn’t have Marlyn’s measurements, they decided to use a ‘prenuptial’ photoshoot as excuse. Jonathan told Marlyn that he thought it would be nice if they had a photoshoot because they didn’t have one for their wedding – and she happily agreed.

But as their anniversary date drew near, she was disappointed because Jonathan didn’t seem to have plans for the celebration. So, she decided to book a restaurant and planned on a family trip to the beach. ‘Making up’ for ‘forgetting’, Jonathan suggested they go to a day trip to Pacific Little Secret (the island resort actually doesn’t offer day trips), a resort that’s close to their heart because it was the first nice place they visited after the birth of their first child. 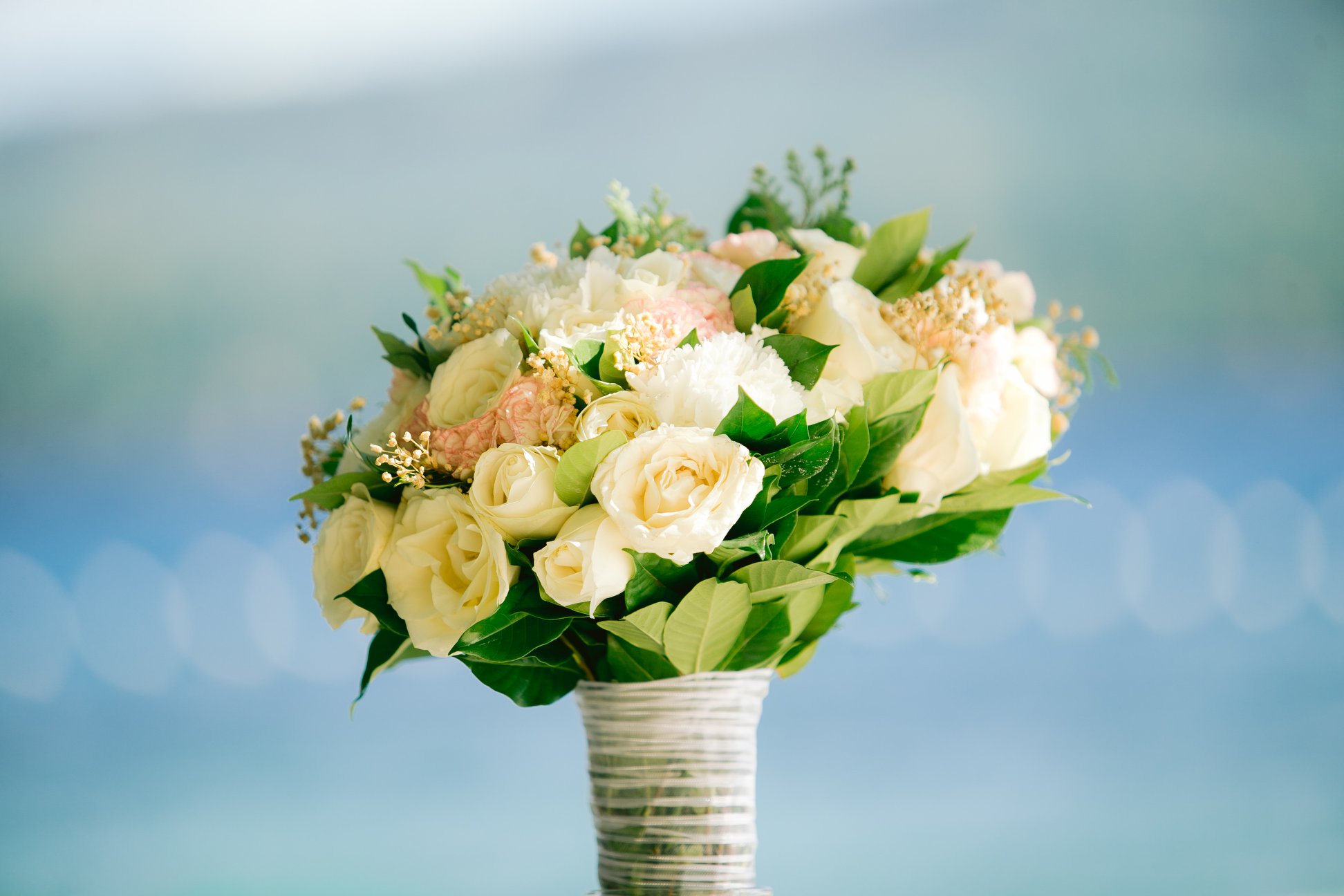 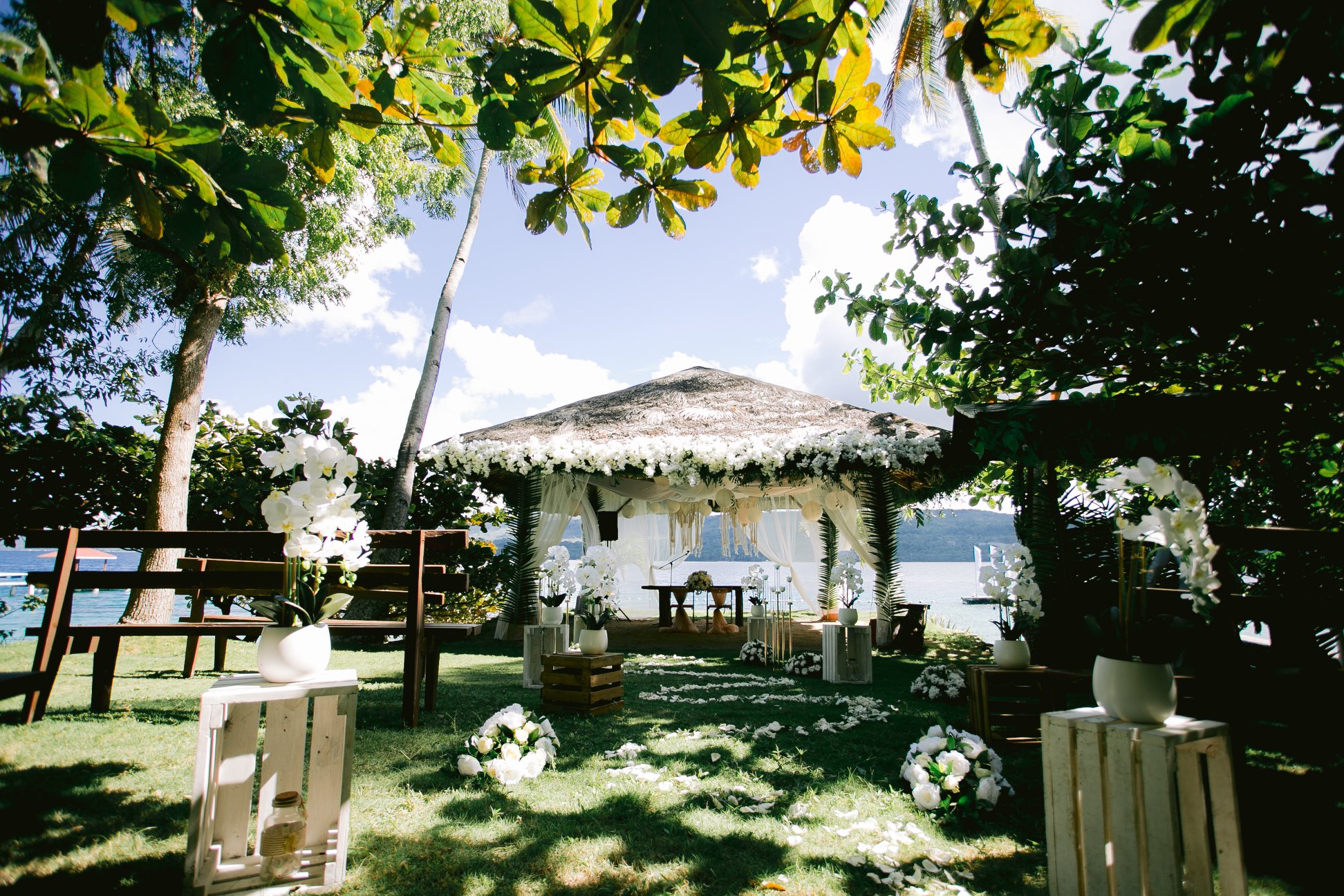 What Marlyn did not know is that their family and friends were already at the island, hiding and waiting. As they arrived at the dock, photographers and drones took photos – and their kids brought her flowers. But she thought it was all still part of the ‘prenup photoshoot’. The team whisked her to the makeup room, but even after seeing the wedding dress, she really thought everything was part of the pictorial. 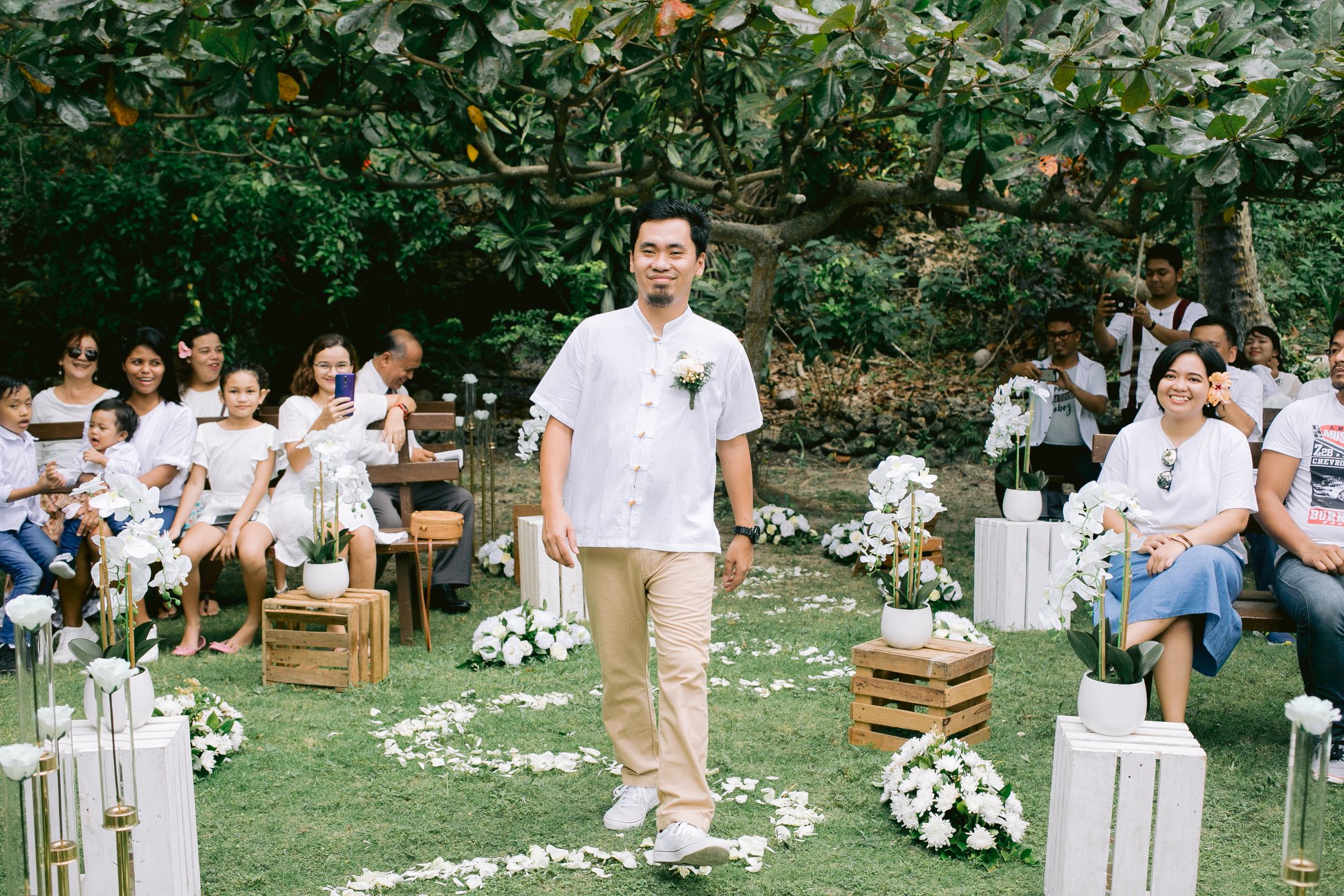 It was only after they had gone to the beach and the huge white curtains were opened that she realized what her husband had done! There, waiting for her grand entrance were her husband at the altar, their kids, their parents, and the entire entourage from their first wedding! 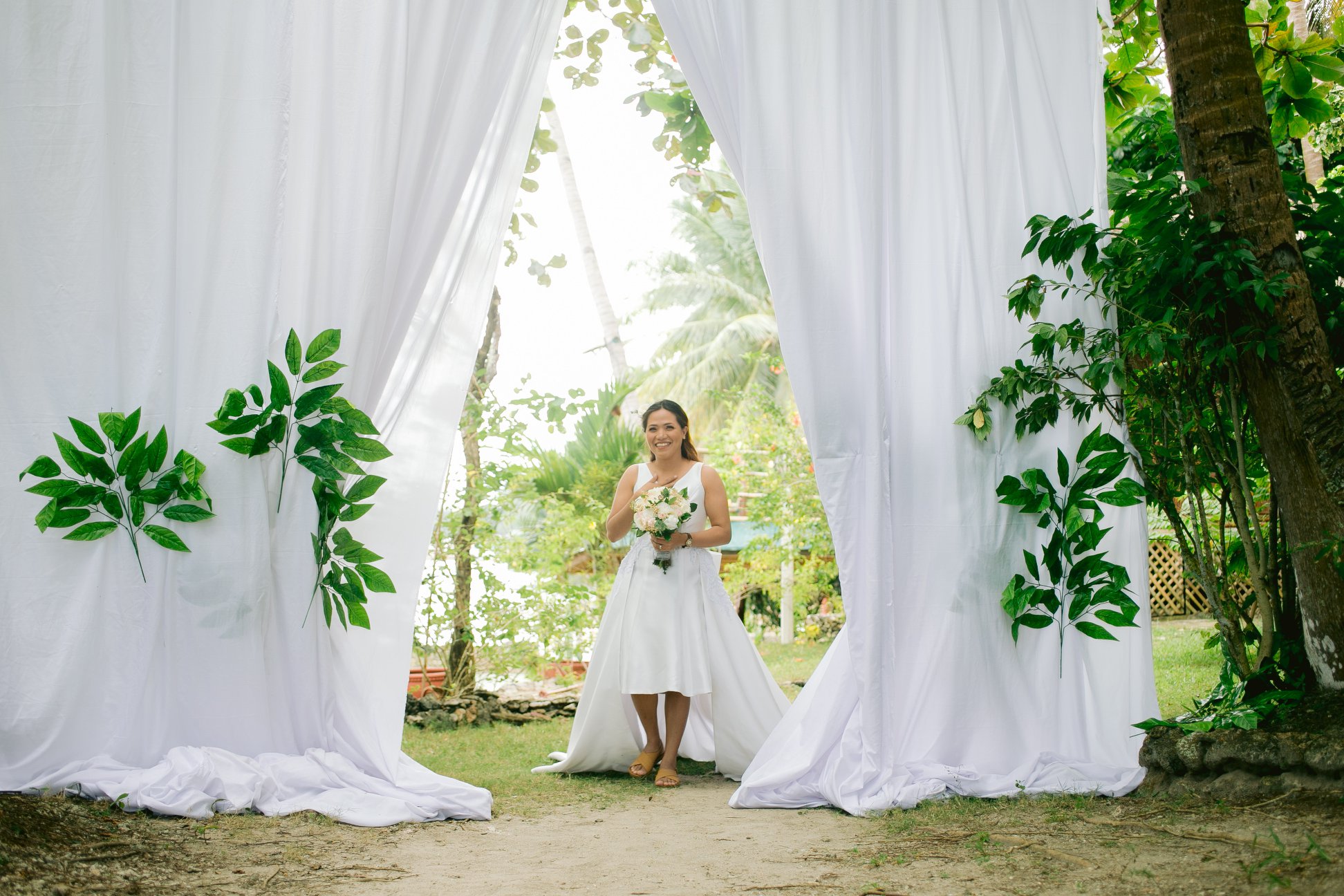 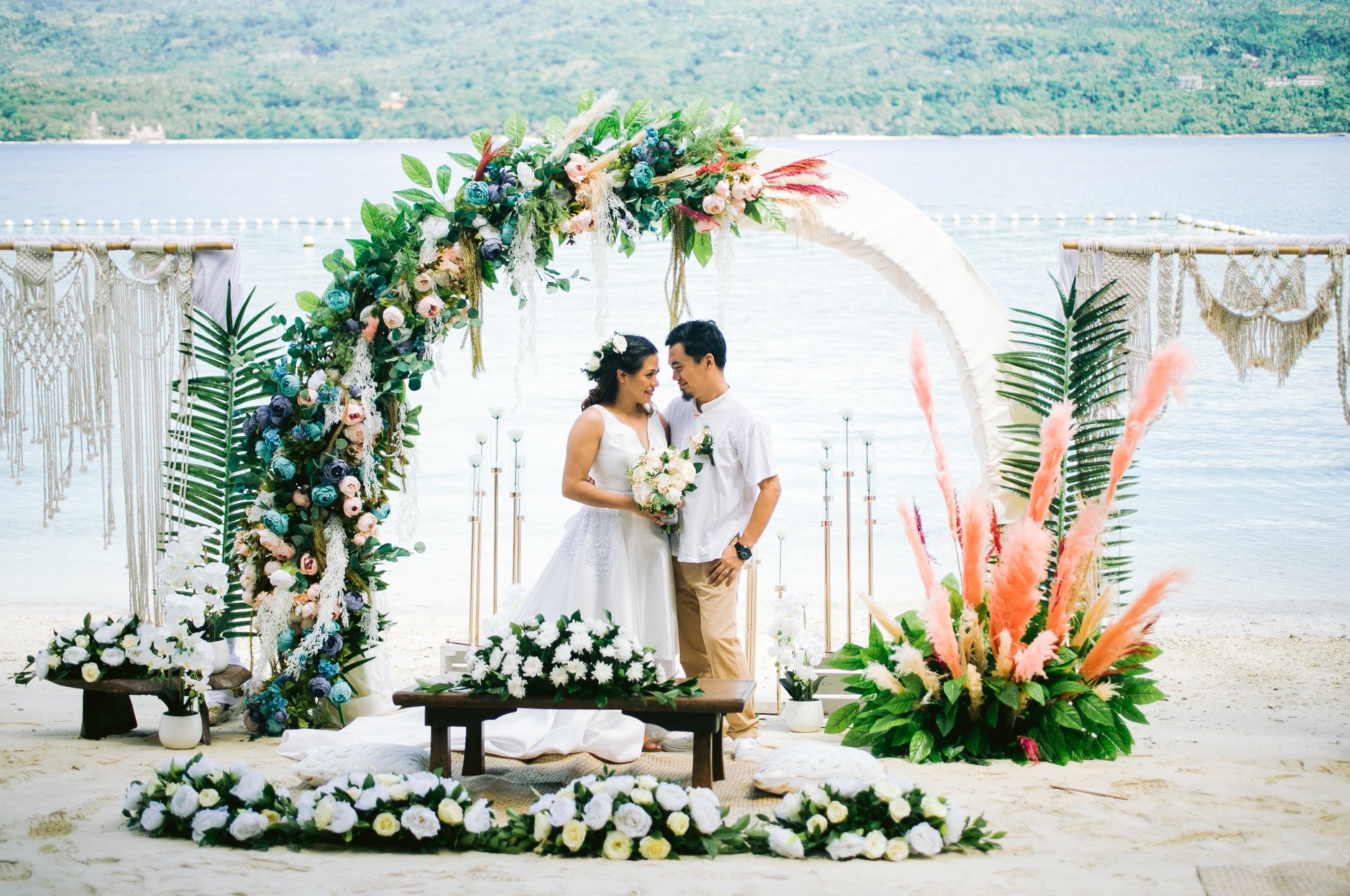 A prenup photoshoot is a typical pictorial that a couple does before the wedding. The photos are often the ones used for the invitation, backdrop for the photobooth, and in a slideshow done at the wedding reception.