What is the cost of weddings in the Philippines? The answer truly lies on what type of wedding you want and other factors, but you might have to shell out at least Php200,000 or as high as over Php1 million for a grand event!

There’s really no way you can every get back the expenses on your wedding day; thus, couples are advised to either save up for the big day or to simply spend what they can truly afford to shell out. But a couple in the Philippines appears to have recovered a good part of their expenses after receiving Php629,000 in their prosperity dance. Whoa. 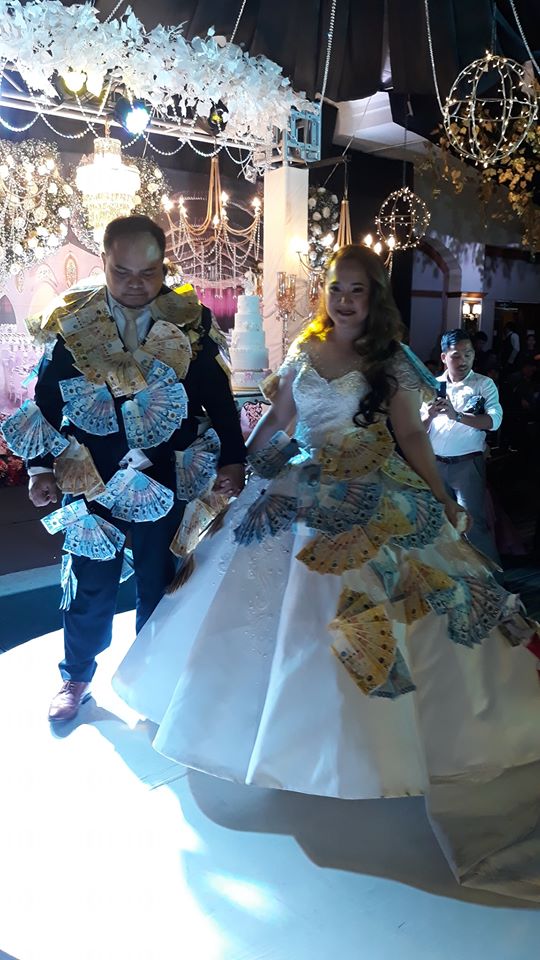 Wedding photographer and videographer Ernie Piamonte Balili from Tagum City, Davao del Norte shared photos of the bride and groom decked with makeshift ‘fans’ made from money, mostly Php1,000 and Php500 bills. At first glance, you might think that the ‘fans’ on the bride and groom’s clothes were decorations, but a closer look shows these are actually made of money. 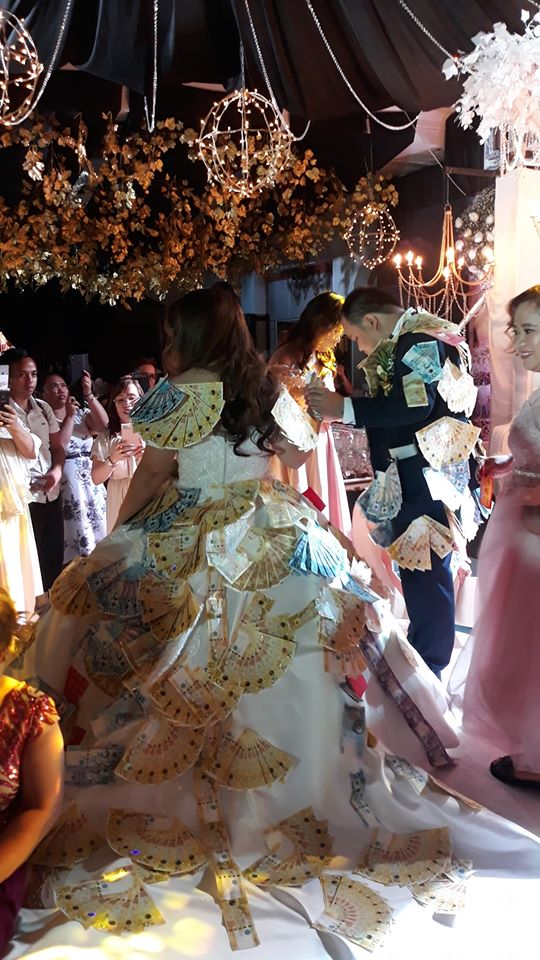 Most of the money placed on the couple’s clothes were shaped into fans. This led netizens to believe that perhaps this is a family tradition.

This might actually be true because someone, a certain Jan Marianed Casten Faeldonia, shared pictures from the weddings of this bride’s sisters. Both ladies also had their clothes covered with fans made from paper money. Again, these ladies had mostly Php500 and Php1,000 bills but there also appeared to be some dollars on one of the sisters’ grooms! 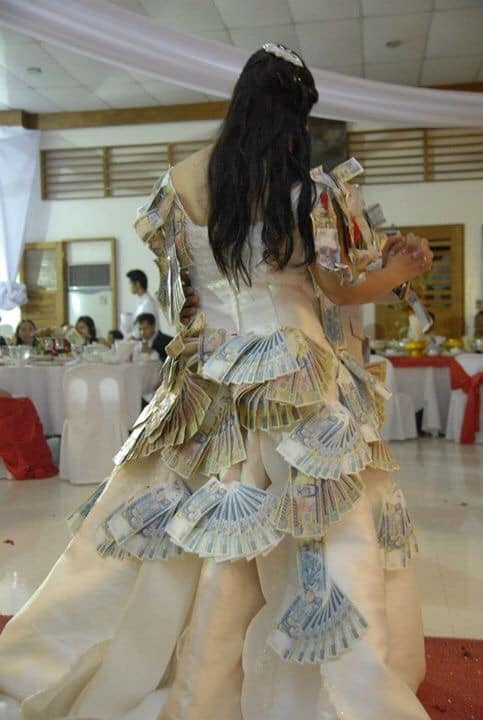 Lucky couples or do they just come from a very wealthy, very generous family? Well, the answer would certainly be “yes” on both options! After all, it is rare for a couple to receive over Php600,000 in a prosperity dance.

Many netizens tagged their friends and significant others, saying that they wish they could also have this kind of prosperity dance wherein so many people will give them so much money. LOL. 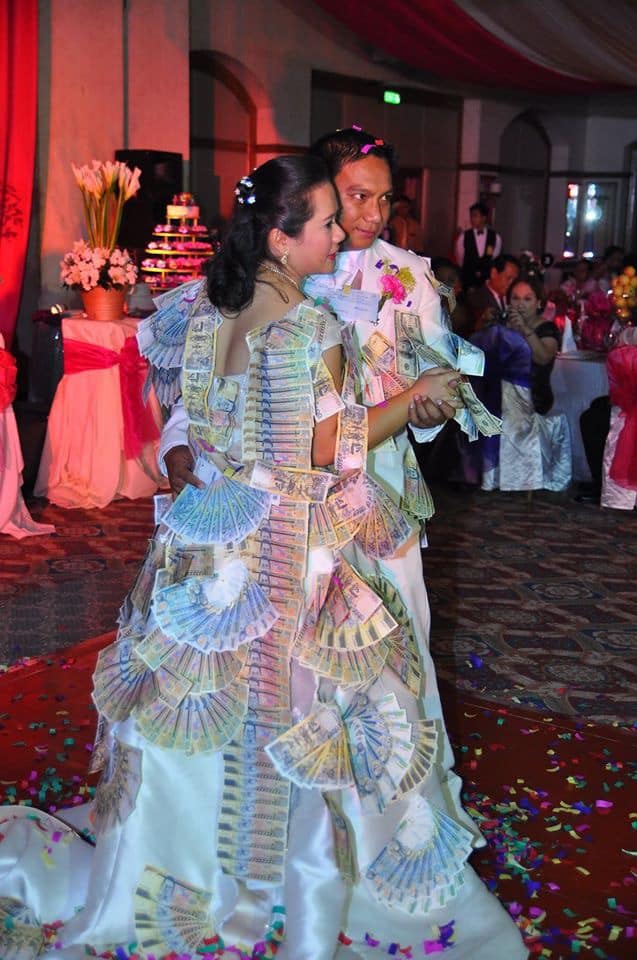 According to wedding organizer Kyam Delacruz Parallon, the wedding was held at Regal hotel in Davao City.

Is it OK to Do a Prosperity Dance?

In weddings, the couple might do a prosperity dance. In this particular tradition, the bride and groom will dance and the guests will give them money. Often, the money is pinned directly on their clothes; though there are times when envelopes are handed out so the guests won’t be shy about the cash they are giving the couple.

While some couples feel shy about doing the prosperity dance because it feels like they are asking for money, this is part of the wedding tradition in most cultures. Thus, it is perfectly alright to do a prosperity dance.