It is true that a lot of women spend a lot of money on their wedding gown, only for it to be worn just once in a lifetime. Many gowns are kept in the box, with ladies hoping their daughters will wear it in the future; however, with trends changing with each passing year, their daughters often choose other styles to wear.

But one woman found a way to get her “money’s worth” by wearing her wedding gown to do everyday activities.

One day, she just had this brilliant idea of wearing her wedding gown to do something as simple as mundane as vacuuming her house. But the idea just took off and she would soon be doing other things while wearing that wedding gown! 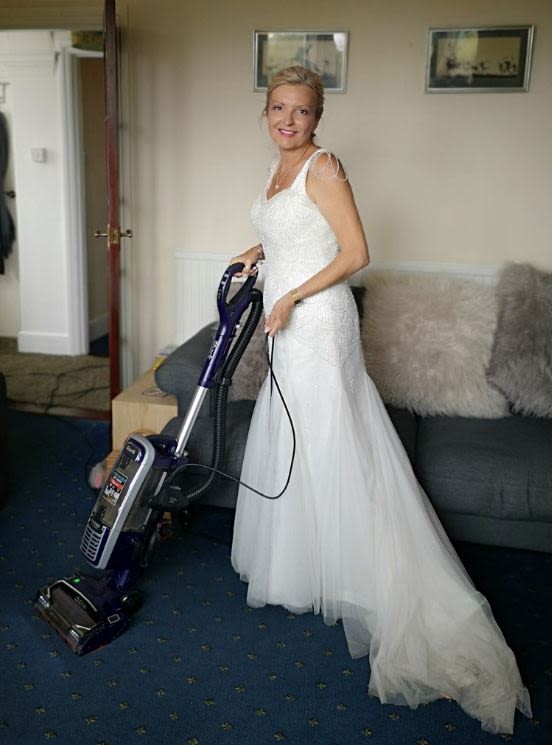 It was weird to many, of course – and her son thinks she’s “bonkers” for doing it, but this woman decided that she’s had enough of her wedding gown just being kept in the box. She realized that it would be best to get her money’s worth of the gown she paid over $360 for, by wearing it every single day!

She would share her photos on social media, with one photo showing she wore it at a concert, too! The people watching the concert must have thought she’s dressing up for a photoshoot or something, but she was really just there to have fun and get her money’s worth of a dress most ladies only get to wear once. 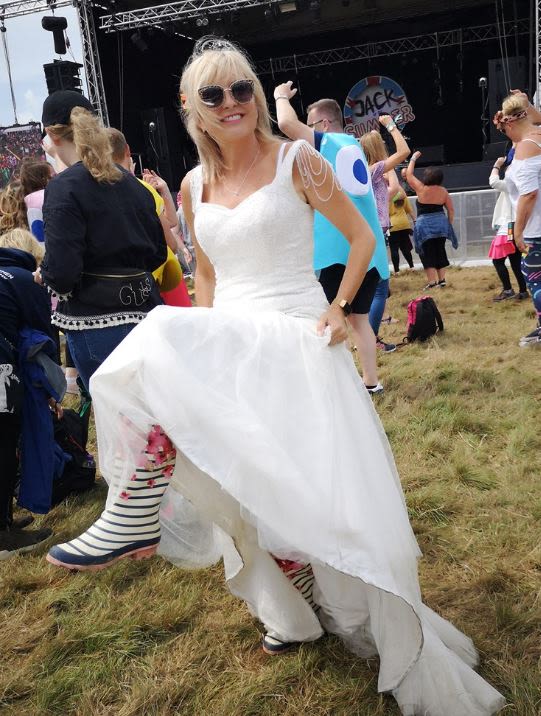 So far, the response is positive about her dress; though many thought it would still not be her “money’s worth” because the cleaning bill for the gown would surely be much higher than what she paid for it!

Still, if she’s washing the gown on her own, then she’s still saving money, huh? Plus, she’s probably the only person who did this – and she’s actually getting famous for it! Cool or not?

The price of a wedding gown actually depends on many factors such as: