It is quite common for two people working together at the same place to fall in love, mainly because they see each other often and have lots of time to enjoy each other’s company, even during work hours. But it turns out this does not only apply to people but also to animals!

Peaches and Duke are Golden Retrievers that are both working as therapy dogs at a hospital in Mansfield, Texas. They are favorite employees at Methodist Mansfield Medical Center. 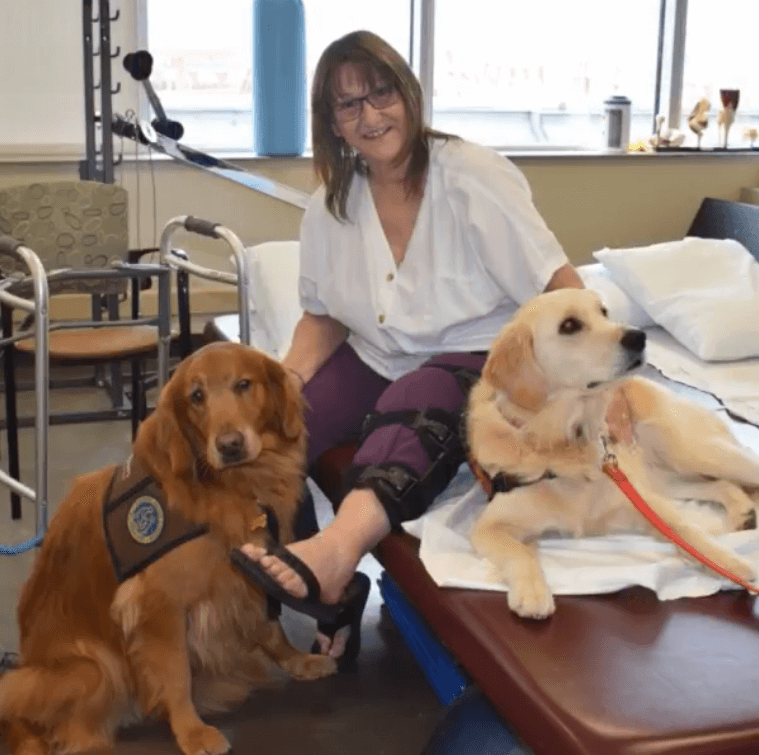 The two “fell in love” shortly after meeting each other – and the staff found this so adorable that they thought of making it official by organizing a surprise wedding for the adorable pups.

On its official Facebook page, the hospital announced the happy occasion of the therapy dogs’ blessed union which was officiated by no less than the Methodist’s Vice President of Pastoral Services, Caesar Rentie. 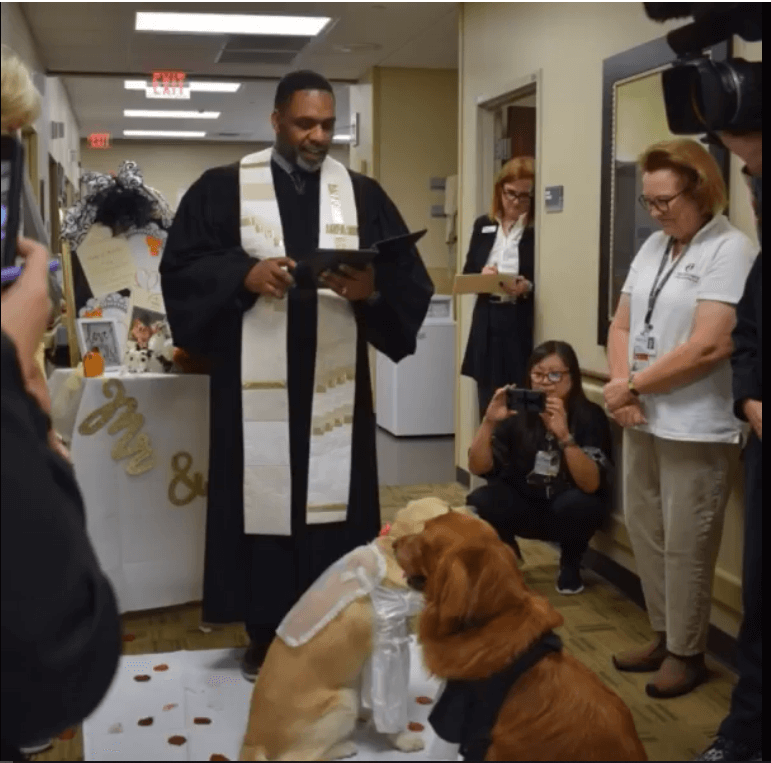 That means that if they could just sign the papers, they are truly and officially married! How adorable is that, huh?

“Peaches and Duke are officially married!” the page announced with lovestruck emojis. 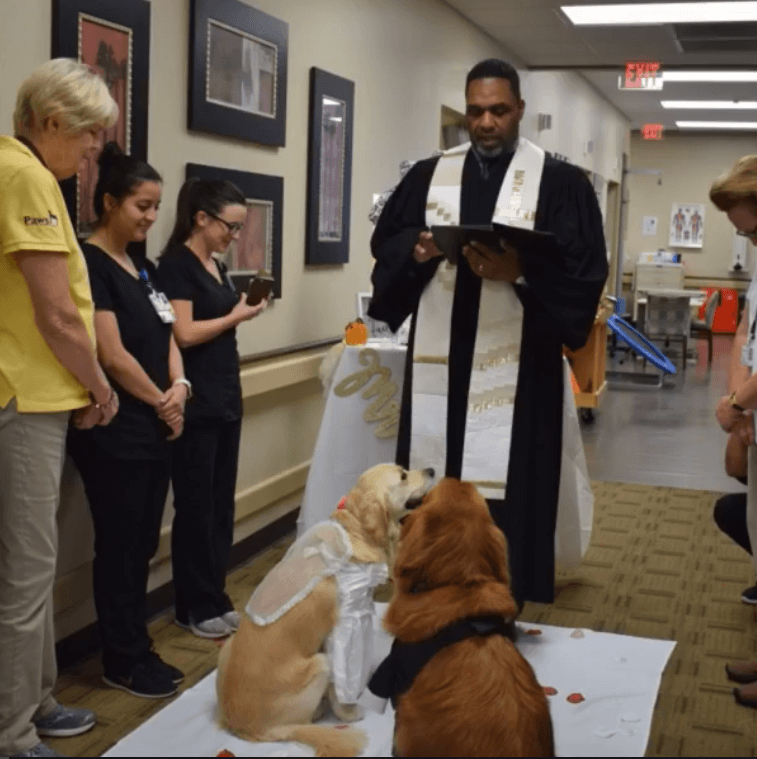 “The therapy dogs at Methodist Mansfield celebrated their puptials today after striking up a romance splitting puppuccinos at the hospital’s Starbucks. The couple’s big day was officiated by Methodist’s VP of Pastoral Services Caesar Rentie, who obviously took his job very seriously!” 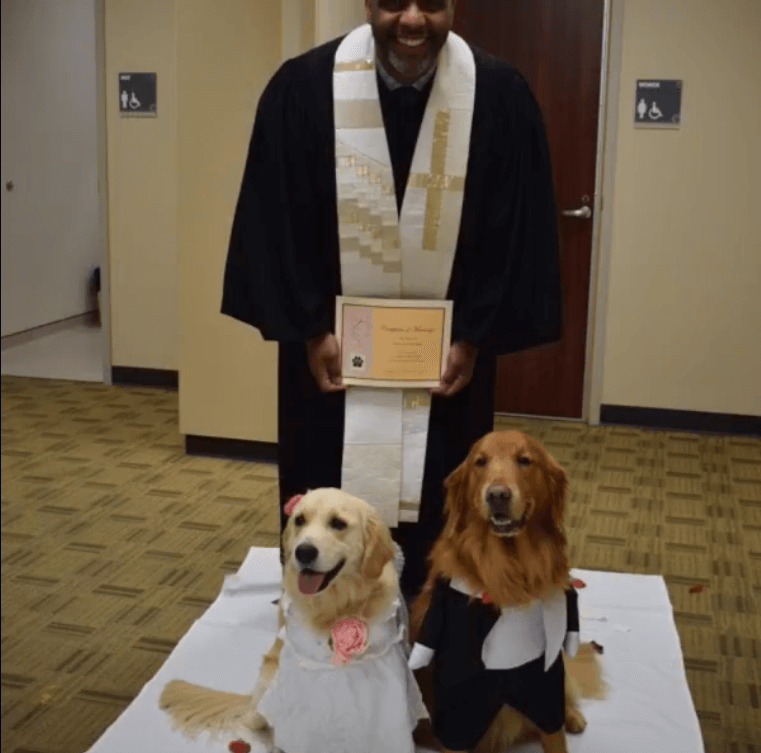 Just like any wedding, the gorgeous bride wore a white wedding dress; though a veil was deemed unnecessary in this ceremony. Peaches even had a pink rose on her lovely dress while Duke looks dapper in his pup tuxedo. 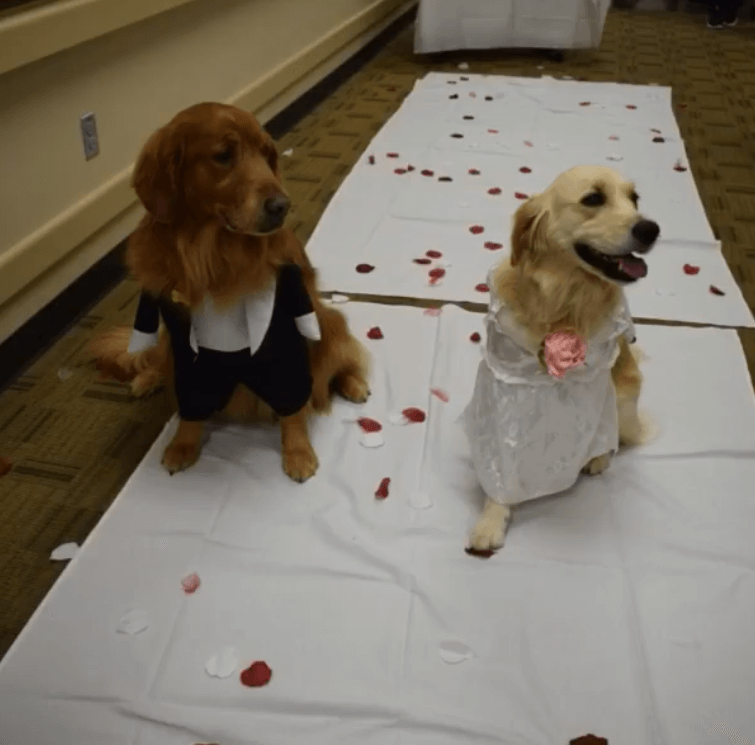 Surrounded by friends, the two dogs “tied the knot” before sharing the “doggy wedding cake”. But because they met and got married at their workplace, the two hardworking dogs immediately returned to their posts after the ceremony, helping the patients with their recovery… 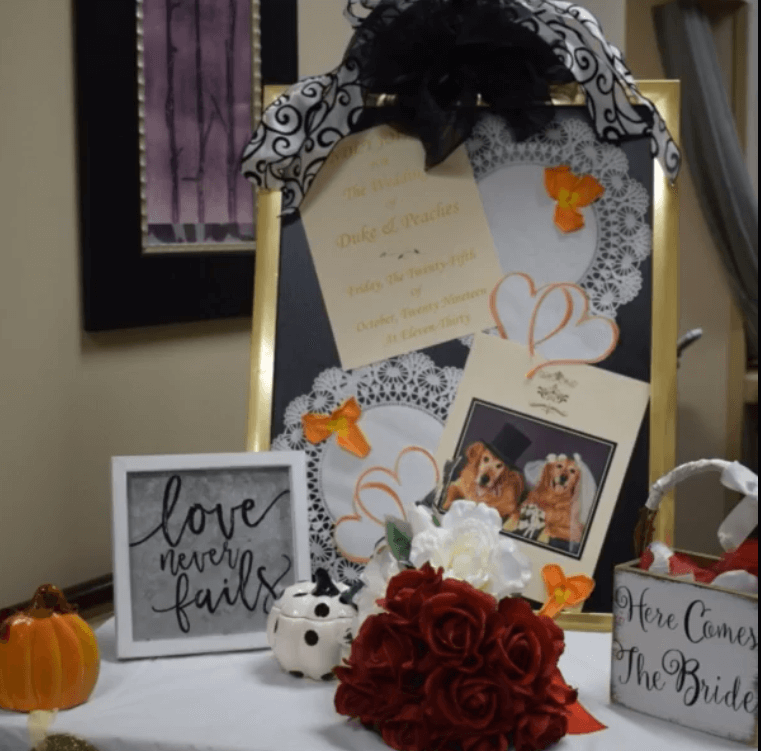 Are Dog Weddings for Real?

Dog weddings are for real; for their humans, at least. The union is not legal, per se, but humans still love to see their pups get married in a lovely traditional wedding that’s also known as “puptials”.