Wedding decorations could be among the most expensive portion of the wedding, with flowers often taking a huge chunk of the budget. But flowers at weddings are common; in fact, they are expected!

So, a couple in Benguet decided to do something unique by using readily available vegetables instead of flowers to decorate the church and party venue at their wedding. The result? A fantastic, unique wedding décor that would soon go viral! 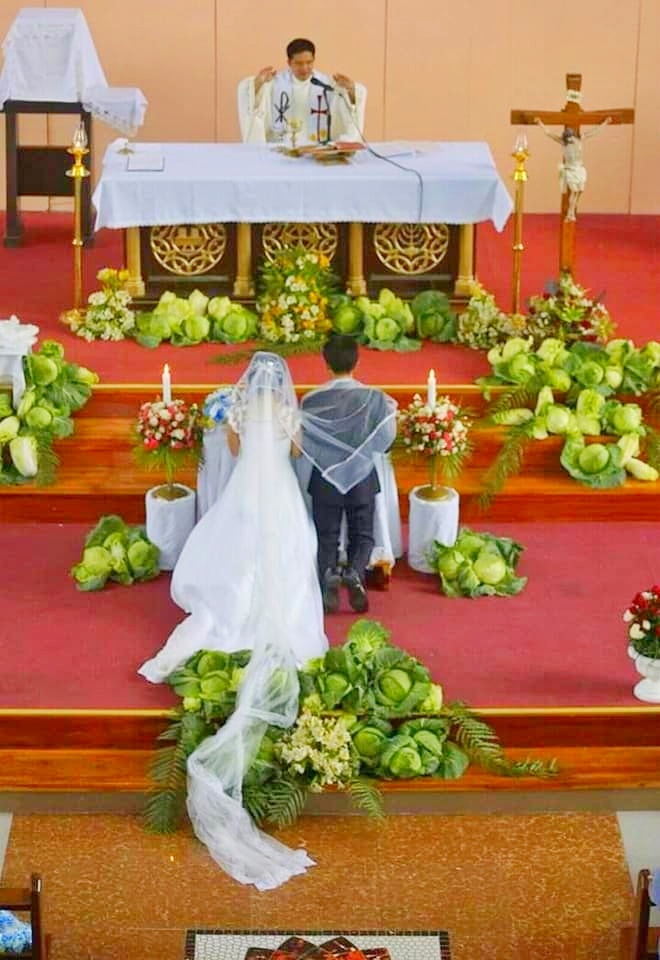 While there were some flowers included among the wedding décor, the vegetables really became the highlight of the wedding venue! Huge heads of cabbage and Chinese pechay form beautiful green bouquets at the altar. 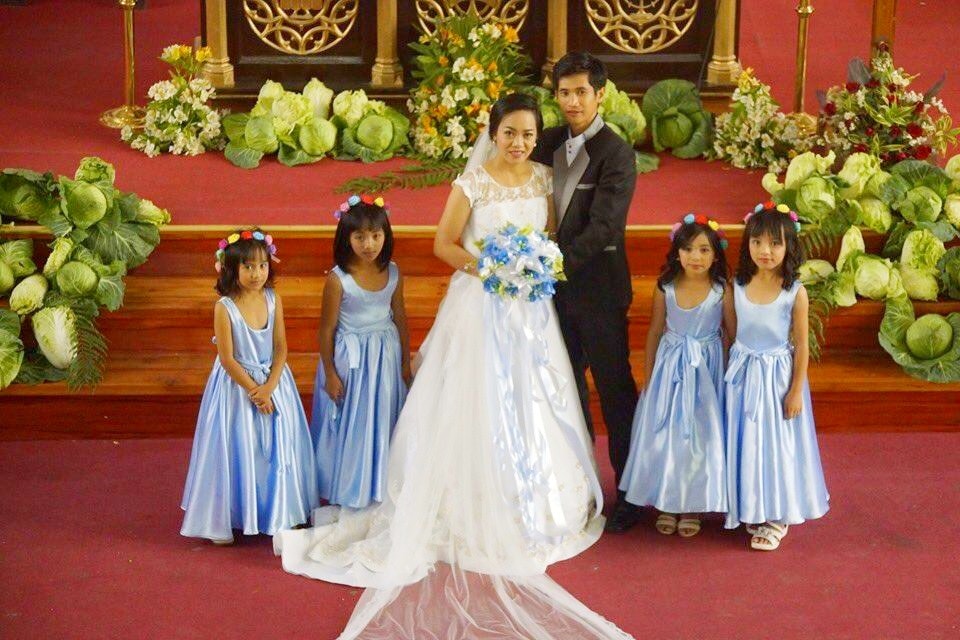 The aisle also had these green vegetables plus heads of broccoli and cauliflower. What made the wedding décor even more amazing is that the vegetables are so huge that they are a sight to behold! You can’t find many vegetables that size in the market away from Benguet. 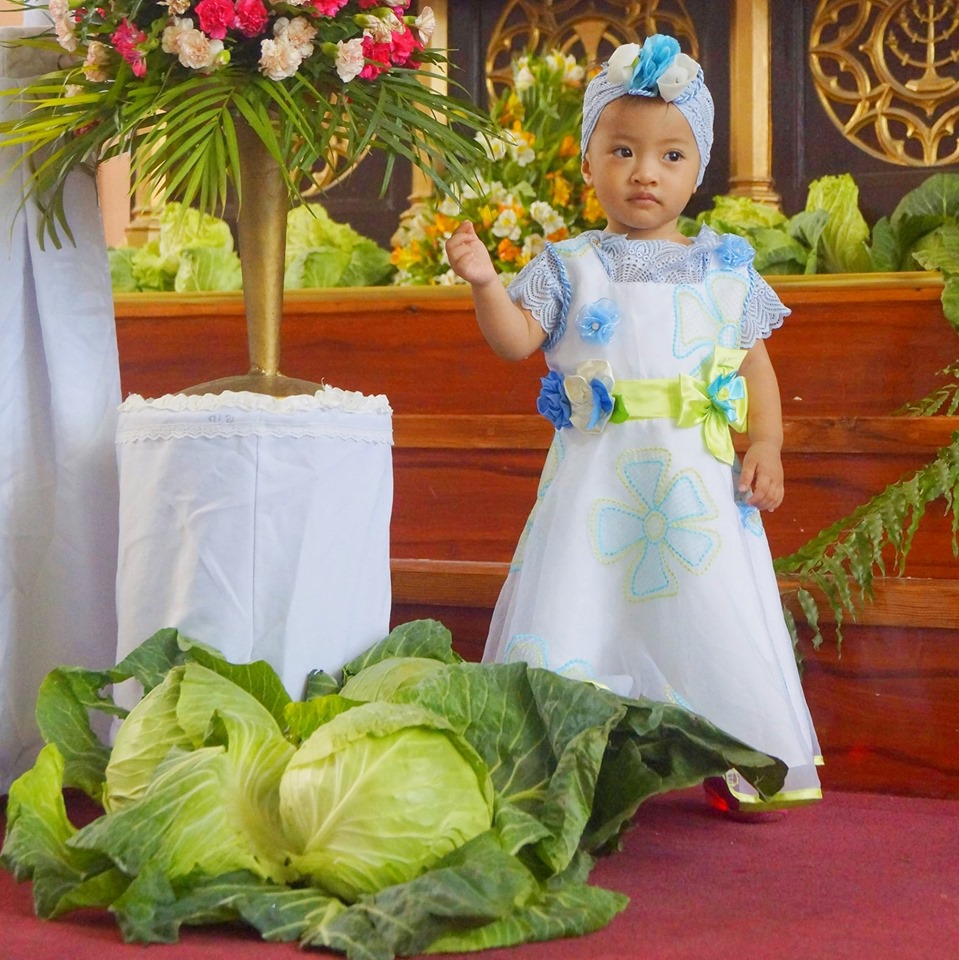 The couple revealed that it was their aunt’s idea to use the vegetables as decoration for their wedding.

Since they also liked the idea, they did not refuse; instead, they supported their aunt – and were quite happy that the resulting décor did not just look awesome, they were also able to save money on the decoration and they even became famous because of their unique wedding décor. 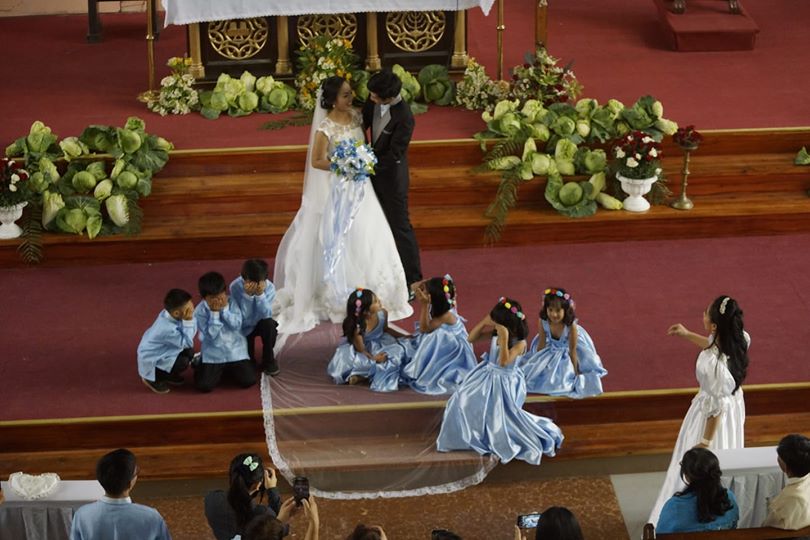 What’s even more impressive is that after the wedding, the couple gave away the vegetables to their guests! So, everyone was able to enjoy the wedding and also bring home some of the beautiful and delicious décor. Now, that’s definitely the most ‘sulit’ wedding décor of all! 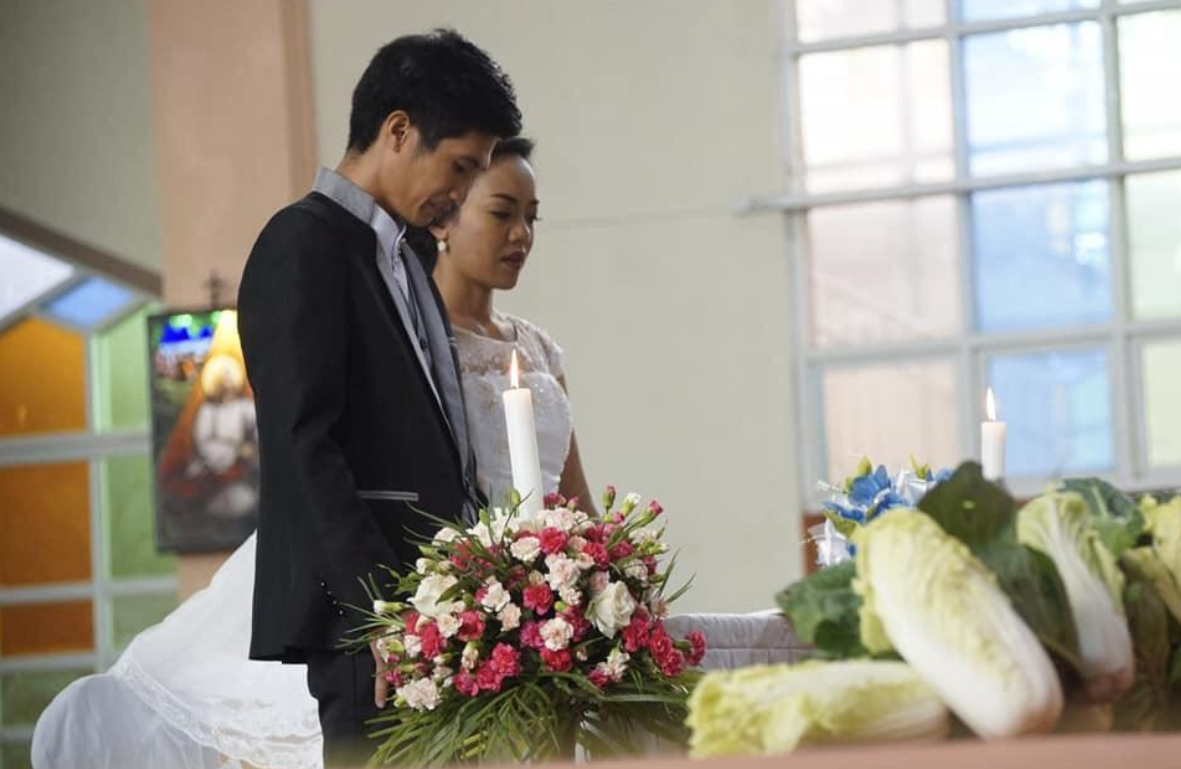 While flowers are the most commonly used wedding décor, you can also choose things that are abundant in your area – just like the vegetables in this viral Benguet wedding. Aside from that, other unique ideas include: